In the build-up to the 2021/22 campaign we will profile all teams in the Vanarama National League.

As the dust has settled on the 2020/21 campaign, Blues now know all of their opponents for their first season in the fifth tier.

We continue our opposition previews by looking at Grimsby Town, Halifax Town and King's Lynn Town.

Paul Hurst – Appointed on New Year’s Eve of last year, Hurst re-joined the League Two strugglers after more than four years away from the club. The 46-year-old’s spell at Shrewsbury was his most successful in that time, guiding the Shrews to a third placed finish in League One. Blues’ new signing Abu Ogogo was a key figure in the side that nearly won promotion under Hurst. 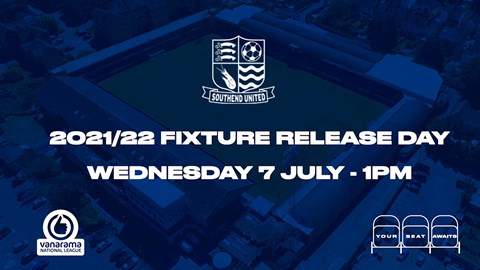 - After their relegation to the National League last season, Grimsby Town were taken over by 1878 Partners, a company owned by Andrew Pettit and Jason Stockwood. In what is being described as a ‘new era’ for the Mariners, they have already made eight new signings.

- Hurst oversaw Grimsby’s promotion from the National League in 2016. This is the manager’s first season in the fifth tier since.

- Bill Shankly, who was the manager of Liverpool for 15 years had a three-year spell with the Mariners. The former Scottish-international managed Grimsby from 1951-1954 achieving 62 wins in his 118 matches there.

Pete Wild – Wild became Halifax Town’s boss with very little management experience. The former Oldham boss only took charge of 17 matches with the Latics. Since joining the Shaymen, Wild has managed 87 matches, winning 38. Unlike most managers and coaches, Wild did not play in a professional capacity.

Southend United and Halifax Town have not met since the latter’s reformation. 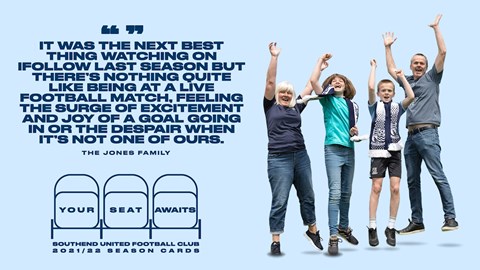 - Halifax Town were reformed in 2008. Huge debts forced Halifax Town A.F.C. into administration in 2007/08, and their financial troubles forced them down the non-league ladder. The club now known as Halifax Town have not returned to the Football League since their removal.

- Lee Gregory holds the record for most league goals in a season for the Shaymen. The former Millwall frontman scored 29 goals for Halifax in the 2013/14 campaign.

- Jamie Vardy starred for Town in the 2010/11 season, scoring 26 goals in 37 matches before securing a move to Fleetwood Town.

Ian Culverhouse – The 56-year-old has overseen a double promotion at King's Lynn, in the 2018/19 and 2019/20 seasons. After rising two tiers to the National League, the Linnets achieved their highest finish as a club last season, achieving 21st place on 31 points. Culverhouse has been King's Lynn’s most successful manager to date.

Southend United and King's Lynn Town have never played against one another.

- Before the 2020/21 campaign, the Linnets had never finished below the play-offs under Culverhouse. In the Southern Football League and National League North, the 56-year-old led his side to two play-off campaigns and one automatic promotion.

- King's Lynn are soon to be operating on a full-time basis for the first time since their formation. The Linnets were one of few part-time National League clubs last season and in a bid to improve upon their finish, this will no longer be the case.

- Blues defender Rob Howard spent the second half of the 2020/21 season on loan at King's Lynn. The 21-year-old made 16 appearances for Culverhouse’s side.