Southend United Football Club are pleased to confirm Season Card prices ahead of the return of supporters to Roots Hall in 2021/22.

Roots Hall hasn’t been the same without you and we can’t wait for supporters to take their seats in the stands once again next season.

It has unquestionably been a difficult couple of seasons for the Club on top of what has been an incredibly challenging time due to the COVID-19 pandemic and the financial strain this has had on families.

We want to pack the stadium and make Roots Hall a fortress again, and your support is vital to our success.

We have listened to feedback from our fans and from the various supporters’ groups – thank you to all those who have contributed.

At below the National League average - and costing £13.40 per game for adults - we feel the pricing structure reflects the drop-down in division and is devised to persuade as many people as possible take up the option to be part of it next season and get right behind Phil Brown’s squad.

With the signings that have been made so far in Rhys Murphy, James Dunne, Josh Coulson and Jack Bridge, combined with the extensions of John White and Shaun Hobson, the Blues manager is putting together a group of players that is hoped will challenge for promotion next season.

Brown said: “We have missed you; we’ve missed the atmosphere that you create and the support you give to the players. When Roots Hall is rocking it really feels like nothing is getting past us.

“I want to build a team that you can be proud of, and I would like you to join me and my staff on this journey to get us back up the leagues.”

We know how important the next generation of supporters are, therefore, we are making child season cards FREE with a full paying adult. A Young Person, which is anyone between the age of 17 and 22, can now watch their club for just £5 per game, meanwhile it’s just under £3 per game for the Junior category. 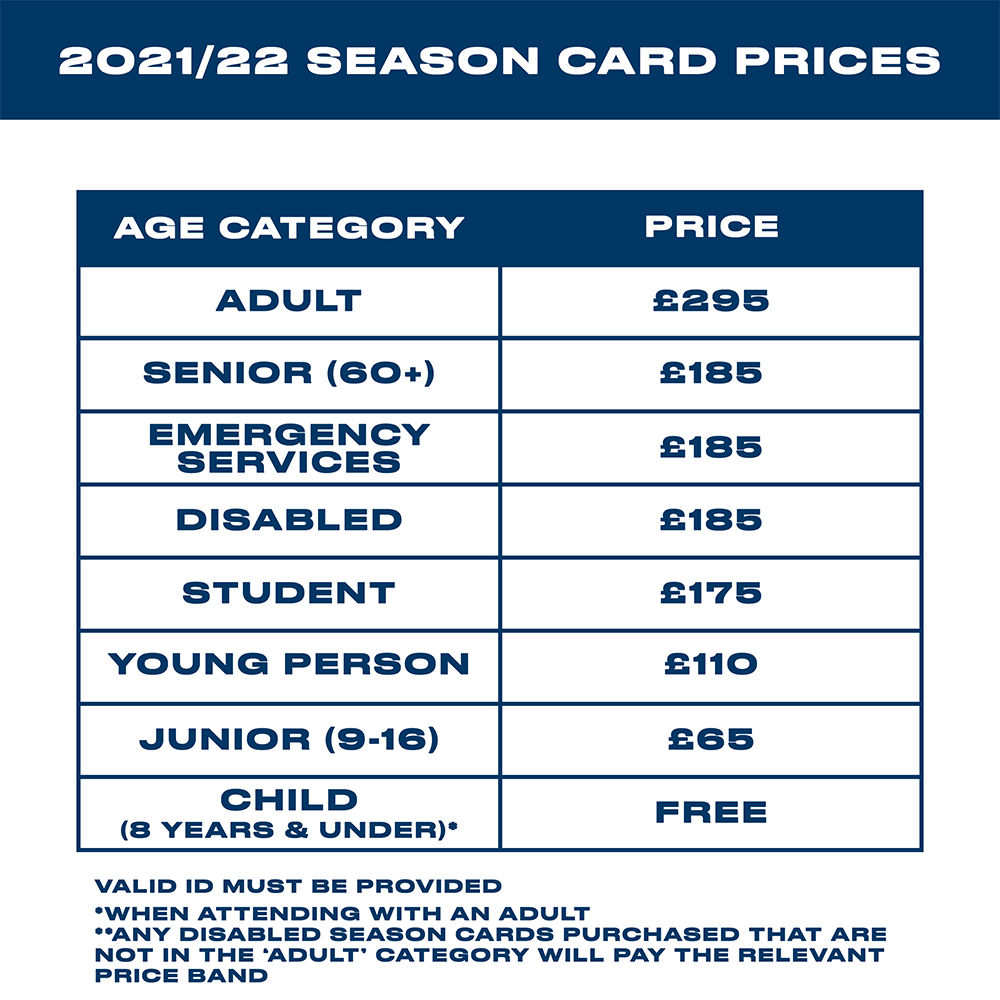 Age at 1st August 2021 applies as per terms & conditions.

By becoming a Southend United 2021/22 season card holder you will benefit from:

More information regarding the on sale date and how to purchase will be announced next week.