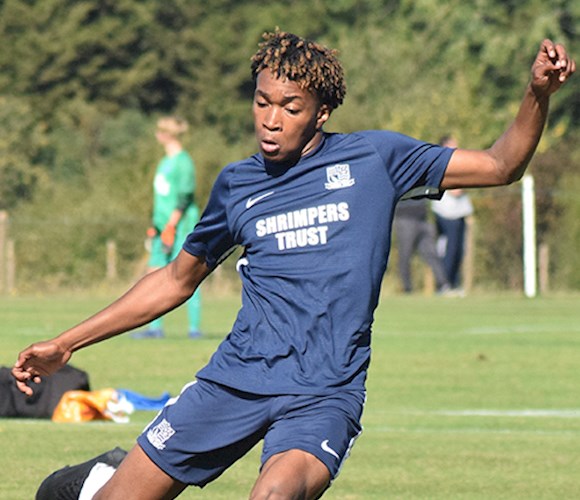 O’Shane Stewart signed for Southend United as an U14 player during the 2014/15 season.

Having completed his scholarship with the Shrimpers, he was awarded a development contract in the summer of 2019.

During his time with the Academy, Stewart demonstrated an excellent ability to maintain the ball in tight areas and also creating goalscoring opportunities with his passing ability.

A stylish central midfielder, he never appears hurried on the ball.

Stewart scored on his U18s debut in an EFL Youth Alliance Merit League fixture against Swindon Town in April 2017 and went on to feature over 50 times with the U18s during his scholarship.

He showed good leadership skills when acting as vice-captain of the Merit League One title-winning squad in 2018/19.