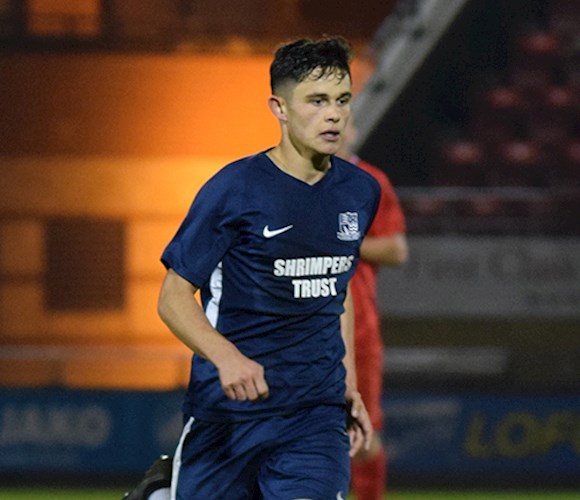 18-year-old playmaker Jon Benton has spent a decade with Southend United after making his first forays into the game with local grassroots club Leigh Ramblers.

He was awarded a developmental contract after completing his scholarship with Blues in the summer of 2019.

Initially performing in the Academy as a box-to-box midfielder, Benton has been able to show fantastic ability with his passing and has an eye for goal from inside and outside the penalty area.

This was perhaps best showcased when he completed the perfect hat-trick – left foot, right foot, and head – in an EFL Youth Alliance Cup tie against Newport County.

Benton had been deployed in a more attacking role as his time in the U18s progressed, often supporting the front line, and had contributed 11 goals during 2018/19 when a foot injury left him on the sidelines for the second half of the campaign.