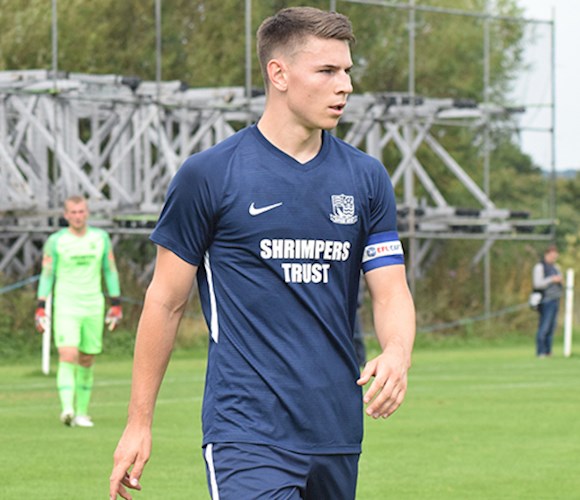 Sam Knock initially signed for the Shrimpers from AFC Hornchurch during the 2015/16 season, when he was an U15s player, and was offered a developmental contract at the end of his scholarship three years later.

Billericay-based Knock, who has featured in a holding midfield berth as well as at the heart of the defence, is a player who can defend excellently with his ability to tackle, read the game to intercept the ball and also commitment to stopping shots at goal.

Knock’s first season as an U18s player was blighted by injuries, but he was a regular during the second year of his scholarship, skippering the side to the EFL Youth Alliance Merit League One title as well as making a series of appearances for the U23s.