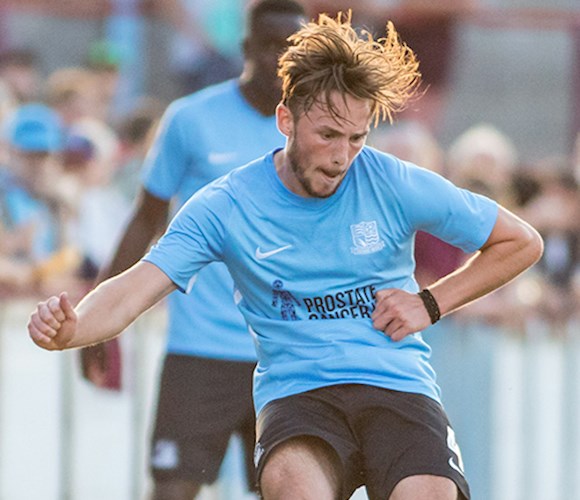 The right-back, who can also appear in a holding midfield position, came through the Blues Academy until joining Arsenal at the age of 14.
After two seasons with the Gunners the 19-year-old headed to north Essex but, despite featuring in a side that reached the Fifth Round of The FA Youth Cup with the U’s in 2017/18, he was allowed to leave the club, joining Blues on trial during the second half of that campaign.
Howard spent three years with Blues during his initial period with the club, and he inked a one-year deal in the summer to link up with the U23s, having remained in contact with Academy Manager Ricky Duncan.
The Billericay-based youngster showcases real composure in the defensive third, as well as impressing in one-on-one situations.

He joined National League South side Dartford on loan at the beginning of the 2019/20 season.