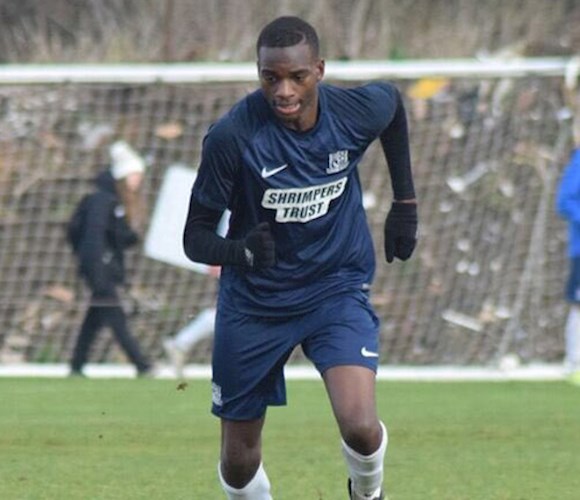 Ide Osimeh signed a development contract with Southend United ahead of the 2019/20.

The full-back had previously completed a two-year scholarship with the U18s, where he made over 50 appearances and helped the squad win the EFL Youth Alliance Merit League One title for the first time in the club’s history.

Osimeh signed for Blues as an U16s player halfway through the 2016/17 season.

He has demonstrated the ability to regain the ball with his tackling and interceptions and then the ability to play passes into the front players/forward areas of the pitch with a high pass completion.

The left-back made his youth team debut in the final match of 2016/17, and showcase a willingness to run into space down the flank in order to assist the midfield, as well as an impressive dead-ball delivery.

Signed on loan for Isthmian League North Division club Brentwood Town at the start of 2019/20.