Southend United are delighted to confirm the arrival of striker Jake Hyde on loan from Wrexham for the 2022/23 season.

The experienced forward has formerly played in the Scottish First Division, League Two as well as the National League, and joins the club ahead of Saturday’s league opener at home to Boreham Wood.

Hyde, 32, previously scored 16 goals in 34 games for Woking in the 19/20 campaign before joining FC Halifax Town, reaching double figures again with 12 in 27 games.

Blues Head Coach Kevin Maher said: "He’s a proven striker at this level, he was sought after last year when he went to Wrexham and again this season. We know what he will bring; goals, knowledge of the league and his knowledge of the game is very good.

"I’m delighted to have him in, and a lot of clubs were after him in this league and the one above.

"I think we’ve done ever so well to get him and he was desperate to come to the club. When we spoke, he couldn’t speak enough about how much he wanted to be here.

"He’s desperate to score goals, that’s all he talks about when you speak to him. We need someone who is going to get in the six yard box, he’ll get on the end of crosses, his movement is good. He knows where to be in the box when the ball is coming in.

"Really pleased to have him on board."

Upon signing, Hyde said: "I’m excited to get going. It’s happened quite quickly but as soon as I heard of the opportunity to come here I wanted to get it done.

"I’m excited to be here. Last season I was very close to joining and it’s always been a club I’ve been looking at from afar.

"I know it’s a good club with good history and I’ve always enjoyed playing at Roots Hall so I’m grateful for the opportunity to come up.”

Hyde began his career at Swindon Town, which included two separate loans to Weymouth, before making a permanent switch to Barnet. Following that the striker moved on to Hayes & Yeading before the move north of the border with Lochee United, Dundee and Dunfermline Athletic in Scotland.

In 2014, after two years back at Barnet in which he earned an England C cap, Hyde moved to York City in League Two before moving back down south with Stevenage, Maindenhead United, Woking and Halifax.

He added: "I like being in between the posts, if crosses come in I try to throw myself about and get a few goals!

"Work rate and effort is the minimum from me. I’ll bring that to every game I play in and hopefully that’ll help bring wins.”

To sponsor Jake’s shirt for the season, contact the commercial department on commercial@southend-united.co.uk or 01702 304147.

Jake’s squad number will be announced in due course. The deal is subject to international cleanrance. 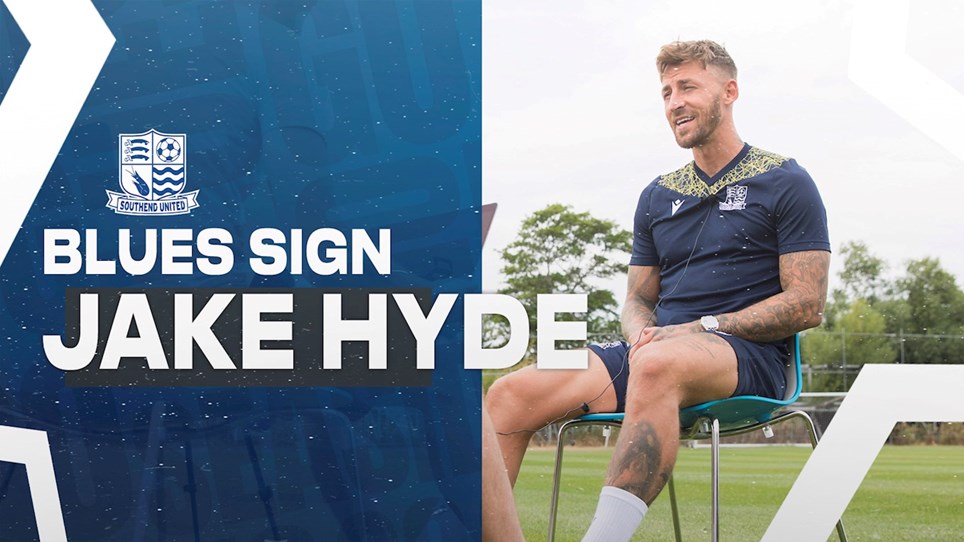