Southend United made it back-to-back wins in the National League after Kenny Clark’s first goal since 2018 secured Blues a 1-0 win against FC Halifax Town at Roots Hall.

Clark put the finishing touches on a smart corner routine from Kevin Maher’s side, with Jack Bridge and Noor Husin combining to allow the former to break into the box and play it across to Clark to tap home from close range in the 12th minute.

Promotion-chasing Halifax had chances to level with some superb defending from Southend and a couple of important saves from Steve Arnold keeping them out. While Blues could have made it a more comfortable afternoon had Sam Dalby not hit the crossbar in the second half.

Visitors Halifax had travelled down to Essex looking to cement their place in the end-of-season play-offs and Pete Wild’s side looked threatening early on at Roots Hall with a couple of good opportunities on Steve Arnold’s goal.

Inside the opening minute, Billy Waters broke down the left and played the ball across to Matty Warburton whose effort was deflected over the crossbar. A few minutes later and Waters slid the ball through to Harvey Gilmour who saw his strike tipped over by Arnold.

Blues had come into this afternoon looking to build on their Easter Monday win against Barnet and having staved off Halifax’s early threat, they would break the deadlock with a superbly worked corner routine paying dividends as Kenny Clark put the home side in front.

Jack Bridge played the corner in short to Noor Husin whose reverse pass allowed Bridge to break into the penalty area. The Southend winger then fizzed a dangerous, low ball across the face of goal allowing Clark to tap in from close range.

That was Clark’s first goal since October 2018 when the on-loan Dagenham defender scored for Ebbsfleet United against Maidstone, and it set Blues up to go into the break at half time with a lead but they twice went close to extending that lead further before the interval.

Halifax goalkeeper Sam Johnson needed to be at full stretch to deny Sam Dalby’s curling effort from outside the box. Johnson though was left motionless moments later when Harrison Neal fired one in from distance that took a wicked deflection, only to loop just over the crossbar.

Southend’s first half performance had all but nullified the threat from Halifax, but the Shaymen looked bright after the restart and only some last-ditch defending from Blues after an hour prevented Waters from grabbing an equaliser.

Tyrell Warren’s long-range effort then tested the hands of Arnold who gathered his strike at the second attempt, before Southend had a great chance to grab a second goal of the afternoon when Jason Demetriou crossed for Dalby who headed against the crossbar.

Had Dalby scored, it would have all but killed off any hope of Halifax taking anything back with them to Yorkshire, but their travelling fans were momentarily celebrating when they thought Luke Summerfield’s strike had found the net only for it to have hit the side netting.

With such a narrow lead, Halifax remained in the game until the end and had a great chance late on to steal a point from Blues as Warburton was thwarted by Arnold who got across to stop his half-volley sneaking in at the near-post as Southend held out for the three points. 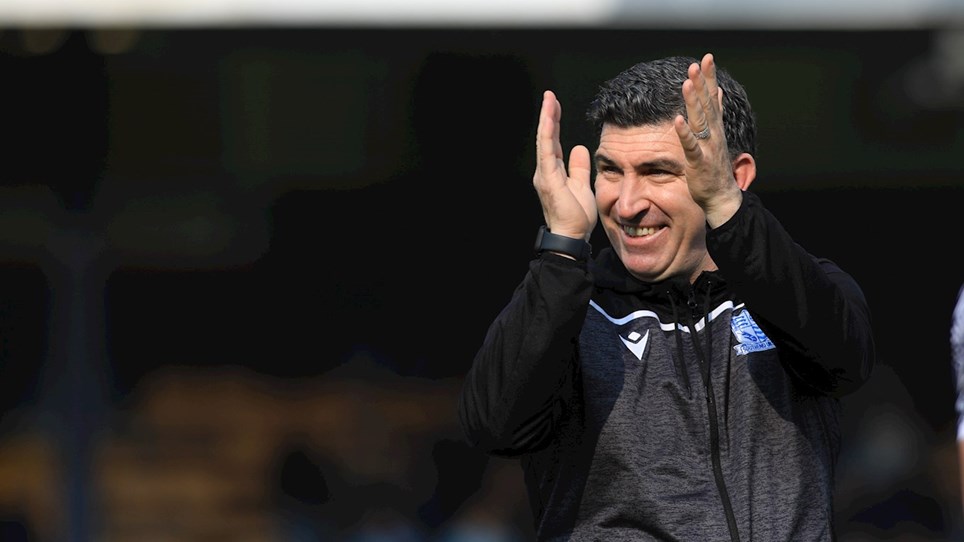 
Blues boss Kevin Maher was delighted to back up Monday’s win over Barnet with a win in front of the home faithful as Southend United beat FC Halifax Town 1-0 this afternoon at Roots Hall. 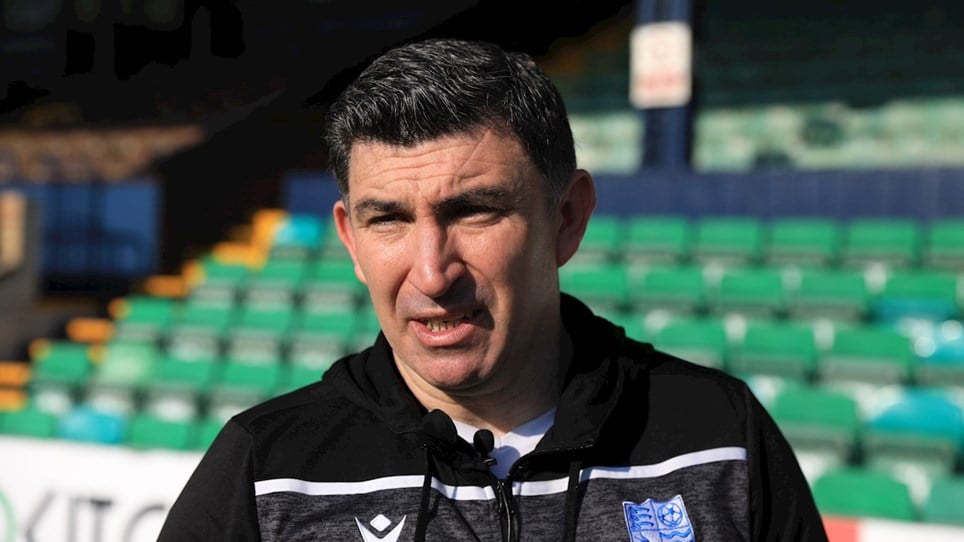 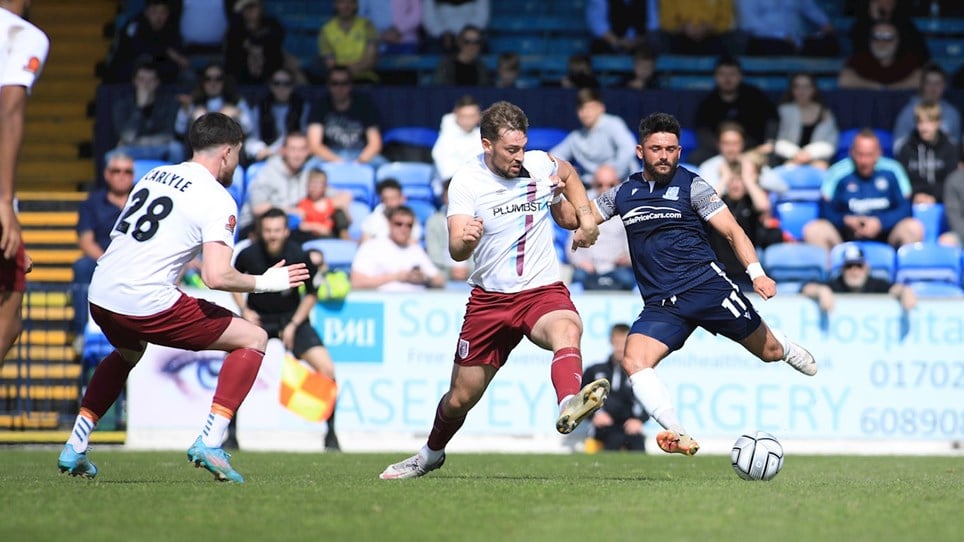 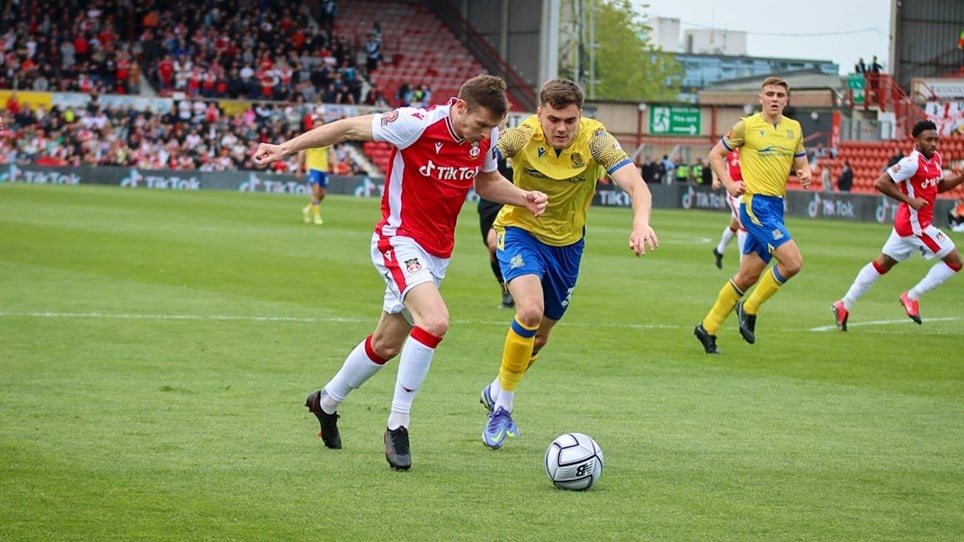 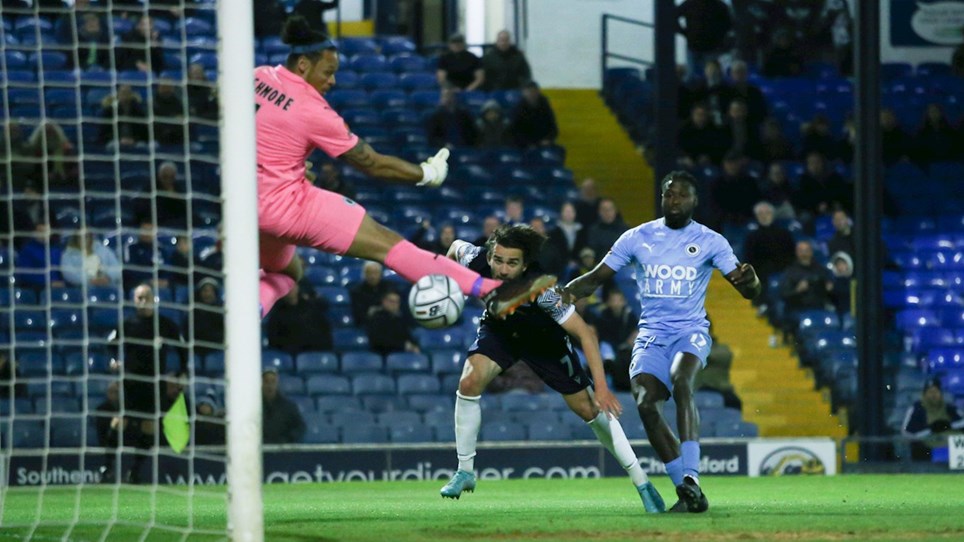