Phil Brown was pleased with the spirit shown by his Southend side this afternoon but was unable to hide his disappointment after Blues let a 2-0 lead slip to draw 2-2 with Wrexham at Roots Hall.

Sam Dalby’s header midway through the first half put Southend in front at the break before Rhys Murphy scored his first competitive goal in Blues colours shortly after the restart to put Southend in the driving seat.

But Wrexham scored almost immediately after Murphy’s strike to reduce the arrears through Jamie Reckord with Dior Angus equalising from close range to ensure the spoils were shared.

“It was a battle and I’ve got to say I love games like that,” said Brown following the full-time whistle at Roots Hall.

“You can’t help but love games like that. You get two teams who are genuinely going after each other, and to get 2-0 up and to just get a point of the game is a disappointment for us.

“We always knew they were a threat all the way through the game and I though the key moment in the game was when Nathan Ralph came off. He got a little bit of blindness in the corner of his eye so defending was going to be a bit of a hazard.

“It certainly weakened our defence and it lost the balance in our team.”

The Blues boss though was more than delighted to see both his front men get on the scoresheet, with Sam Dalby scoring his first goal on home soil while Rhys Murphy opened his Southend account with a well-taken finish.

Brown said of his two strikers: “If Sam scores one goal a game like the way he did he’ll be a find. It was a fantastic goal.

“I think they’re both different in terms of the way they play which is something I like. One’s a big hold up player that’s got quite a talented left foot; one’s a jack-in-the-box that comes alive in between lines and in the penalty box.

“I’m delighted they both got on the scoresheet but I’m disappointed that we’ve not won the game.”

Despite the disappointment of not coming away with all three points this afternoon, Brown though was pleased with the spirit his side showed this afternoon off the back of a below-par performance against Wealdstone on Bank Holiday Monday.

“We’ve got to show the spirit that we’ve shown today and show that belief in each other. The trust in each other was there for me to see and everybody to see.

“The way we passed the ball in the first-half was a joy to watch. It was a pleasure watching Jack Bridge exposing them down the left side and all in all it was a good, solid team performance but to come away with a point when we were 2-0 up is disappointing to me.

“It was a great advert for the league. If you’re about the quality of the football, there was plenty there for everybody to see, but both teams showed a spirit that both managers and sets of supporters should be proud of.” 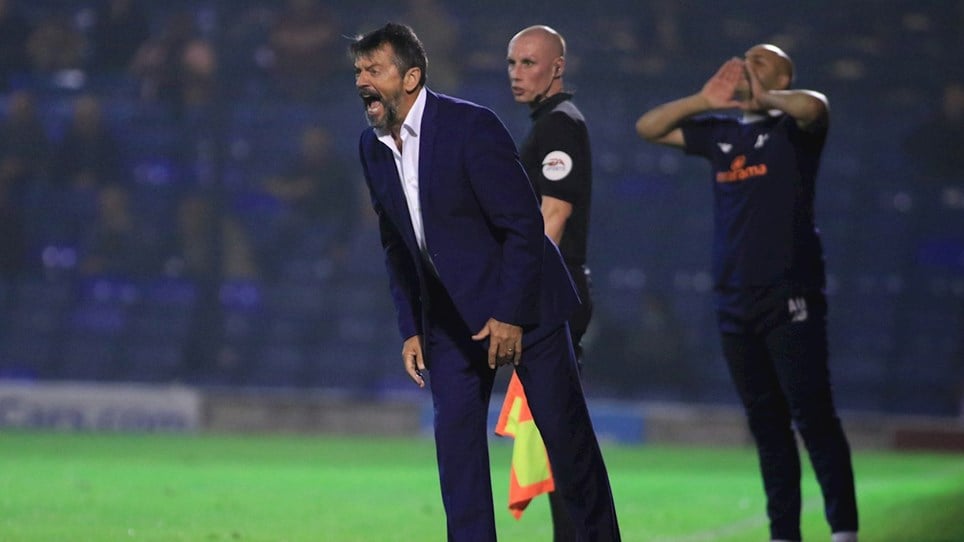 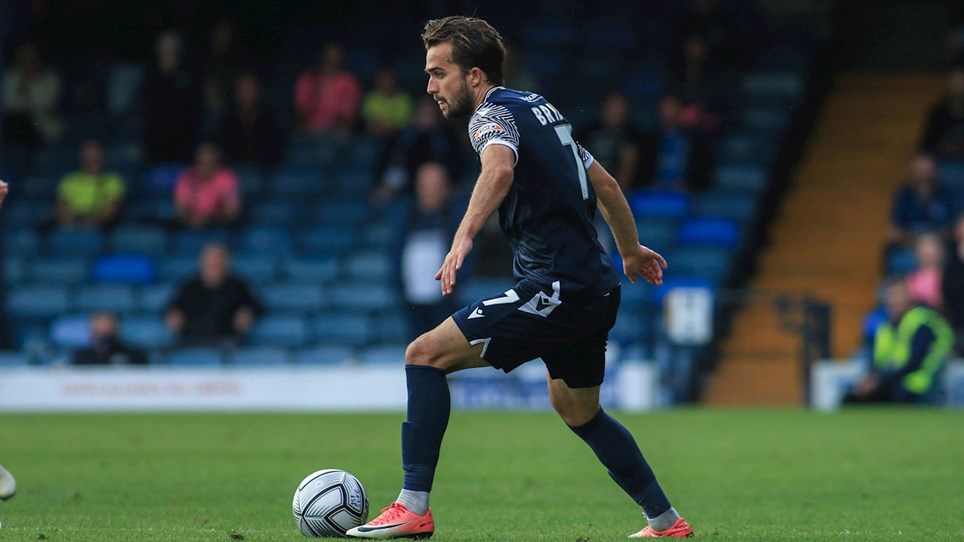