Our National League game against Dover Athletic, due to take place on Tuesday October 26, has been postponed.

It comes as a result of Dover's Emirates FA Cup Fourth Qualifying Round replay against Yate Town being called off, and rescheduled for the date Kevin Maher's side were originally set to play the Whites.

We have agreed for our game against Dover to be moved to the following week, Tuesday November 2 - 7.45pm KO.

Tickets and hospitality already purchased for the original date will be valid for the rearranged fixture. 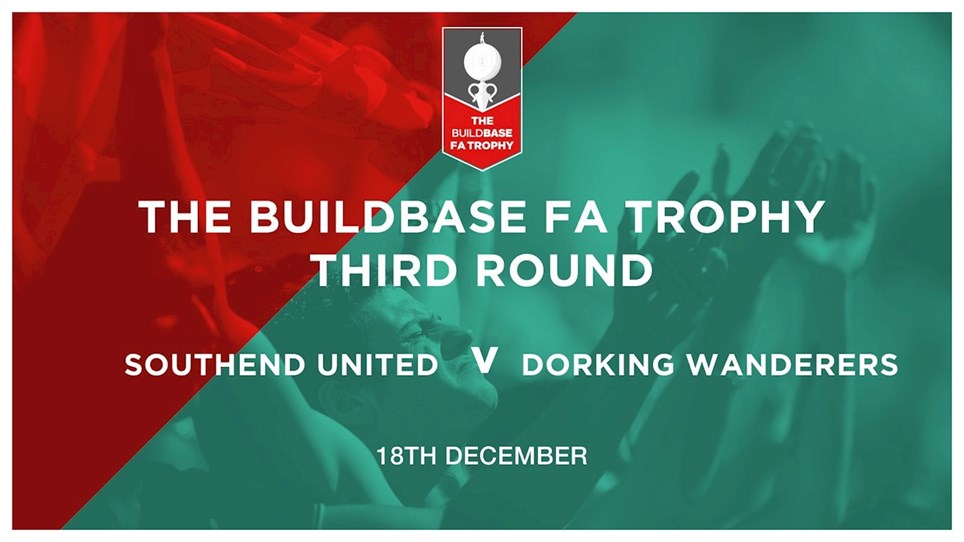 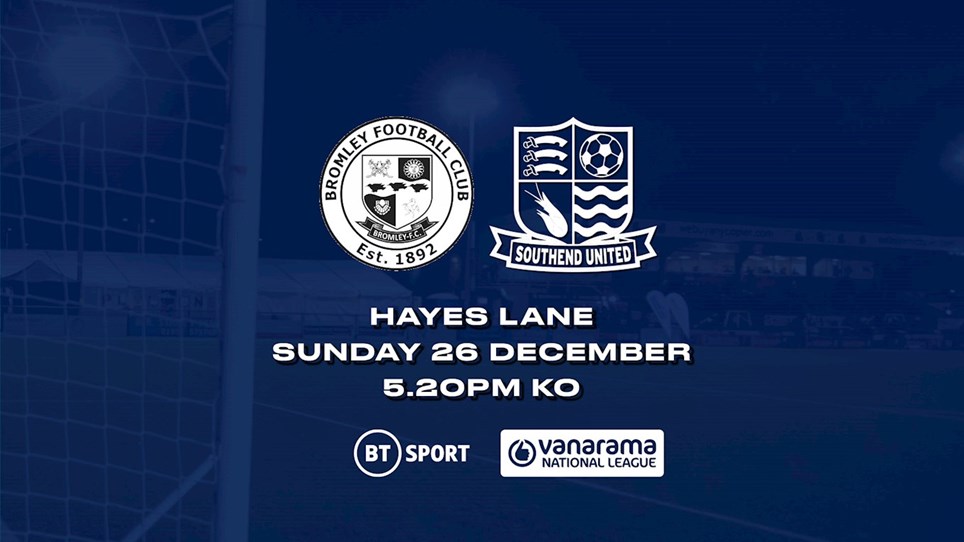 
Southend United's game away at Bromley on Sunday December 26 has been selected for TV coverage on BT Sport and will therefore have a slightly later kick-off time of 5.20pm. 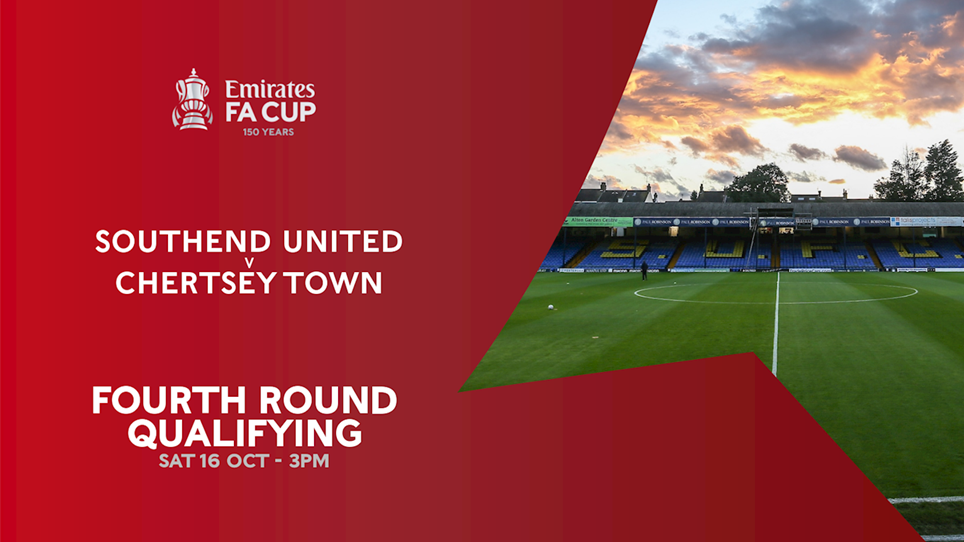 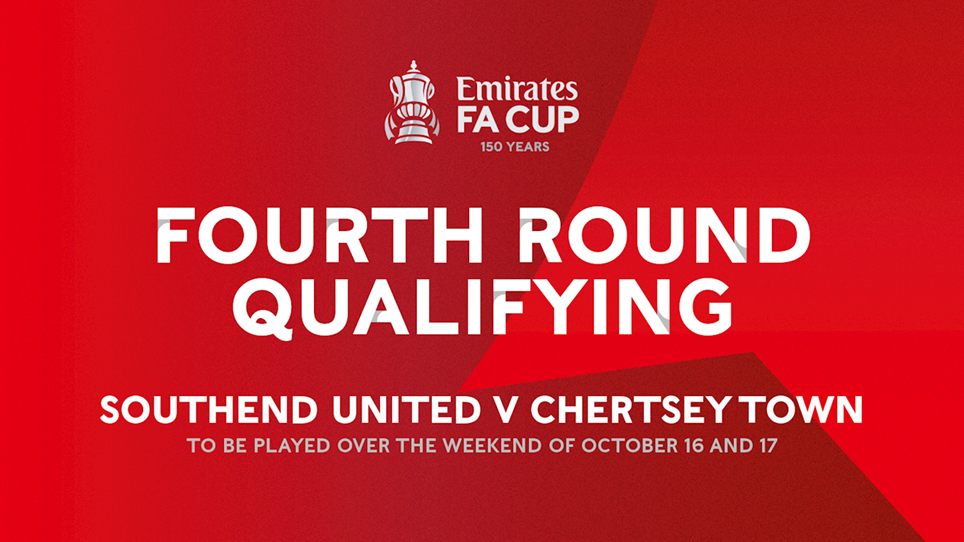 
Southend United have been drawn to play Chertsey Town at home in the Emirates FA Cup Fourth Qualifying Round.