Advertising at Roots Hall is popular and with the hope of having fans in full attendance during the 2021/22 season, it’s the perfect venue to promote your company and brand to both a large scale and national audience.

We work closely with an array of companies ranging from sole traders to recognised brands such as Domino's Pizza.

Get your brand out there and have your company represented pitchside at Roots Hall!

This will be seen next season by many returning fans entering the stadium on a matchday and also on the BT Sport TV cameras.

The renewal rate of current pitchside advertisers has been excellent, however we do have a limited number of spaces available for some prime TV facing space.

If you are interested in coming along to take a look at the positions and sizes that we have available or would initially just like to find out some more information, please contact Business Development Executive James Ball on james.ball@southend-united.co.uk or by calling 01702 304136.

Sponsor Blues' official website and have your logo emblazoned on the site throughout the season with weekly web stories of your choice included.

With over two million web hits a year it’s certainly a great opportunity to showcase your brand.

Be the official partner of Blues’ social media channels with your brand being shown on the headers of Twitter and Facebook.

You can also target Blues’ combined reach of 200,000 users with your messaging on a fortnightly basis. 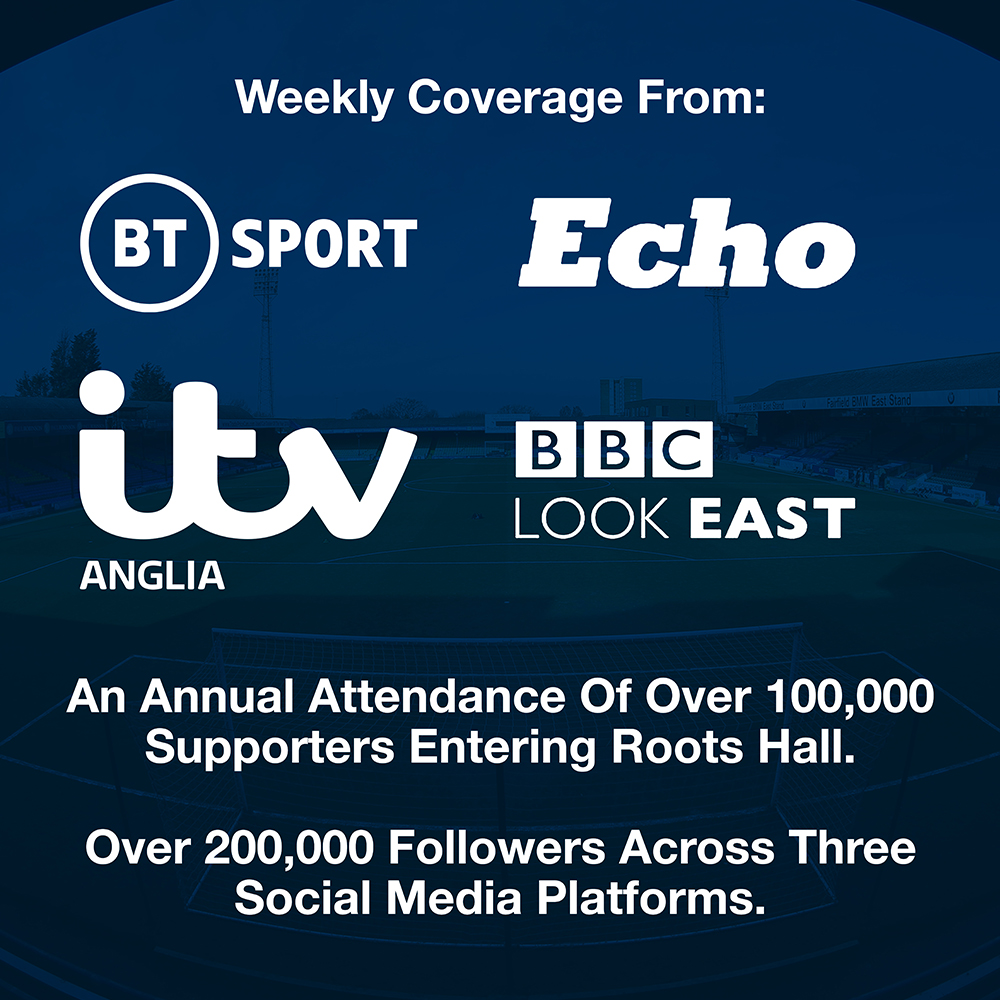