The 21-year-old has joined from Concord Rangers for an undisclosed fee, and he can’t wait to step foot onto the pitch and begin impressing head coach Kevin Maher and supporters.

"I’m buzzing," Ollie said upon signing. "It’s obviously been a little while [coming], but I’ve been in for a month and I’ve got to know the players really well. I can’t wait to play now.

"I think we’ve done really well in the ones that I’ve watched since I’ve been here and I just want to get involved myself now, I can’t wait!

"The whole management staff have given me a lot of confidence in training, I’m looking forward to showing them what I can do, along with the fans too. The backing has been amazing for the away games and I’m sure it’ll only get better as we climb up the table."

Kensdale said that the path he’s taken to reach this point, and moving to a National League South club following his release from Colchester, is the best decision he’s made.

"Colchester was a great Academy but I didn’t really get the chance to play. I had options from the National League and League Two but I felt like dropping down to Concord and enjoying my football was the best option for me.

"It was one of the best career moves I’ve made because I’ve since played regularly and shown people what I can do. Now I feel like I can do that at Southend.

"The gaffer has given me the confidence that I can show him and show the fans what I’m about and I can’t wait to get out there now.”

Kensdale added he sees himself as a ball-playing centre-half.

"I like to get the ball on the deck and play, that’s what I think I’m good at and it’s the way the gaffer wants to play.

"I’m definitely one that wants to play out from the back and show what I can do."

Welcome to the club, Ollie! 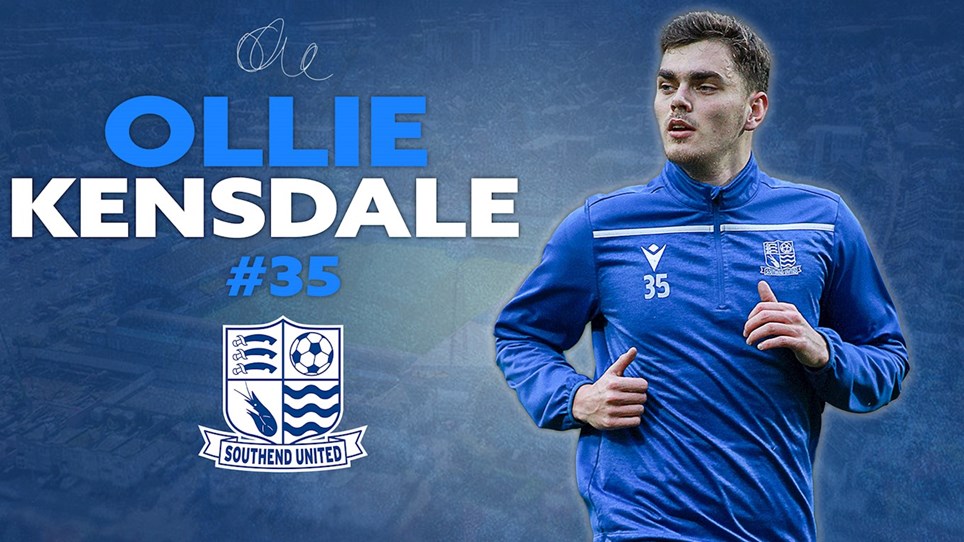 
Southend United are delighted to announce the signing of defender Ollie Kensdale for an undisclosed fee.