Head coach Kevin Maher wants his team to take control of their fate now, having been given a helping hand at the weekend.

Attention now turns to what they can do to ensure that is still the case come 10pm tonight.

And with the chance to open up a gap between them and the bottom three, it would also be a great time to record back-to-back wins this season.

Talking ahead of hosting Maidenhead United, who sit just below them in the standings but level on points, Maher wants to build on the victory his team secured last time out against Altrincham.

"It was disappointing we haven’t been able to follow up the win we had at Altrincham until now but we’ve had a good week on the training ground," said Maher.

"We got a lot of good work into them and hopefully we’re in a good position for the game now.

"There’s still a good buzz around, the players have got a smile on their face and they’ve trained ever so well to be fair.

"They’ve put a lot of effort in with a batch of games coming up over Christmas, so we got a lot of good work into the players fitness-wise as well. We should be in a good place."

Beating teams around you is often defined as a ‘six-pointer’, and with the Magpies in 21st place due to their -15 goal difference compared to Southend’s -12 in 20th place, Maher will know the importance of tonight’s fixture.

"You will get weekends like the one we’ve just had, when things look to go your way and then you’ll have ones when they don’t.

"All we can control is what we do. At home we want to start making it a difficult place to come.

"Hopefully the players take a bit of freedom for moving out [the relegation zone]. Everyone looks at the table, even when they say they don’t. It’s nice to be out of it but we have to perform.

"Off the back of a good away win last time out, what got us that result was hard work and that’s what we need to repeat again.

"We need the same intensity and hopefully the result will be a positive one, but it’s going to be tough.

"Whatever game it is, unless you do the basics well you’ll come unstuck. We need to give ourselves a good base to play from, but we’re at home and I’d expect us to come with the same attitude and application." 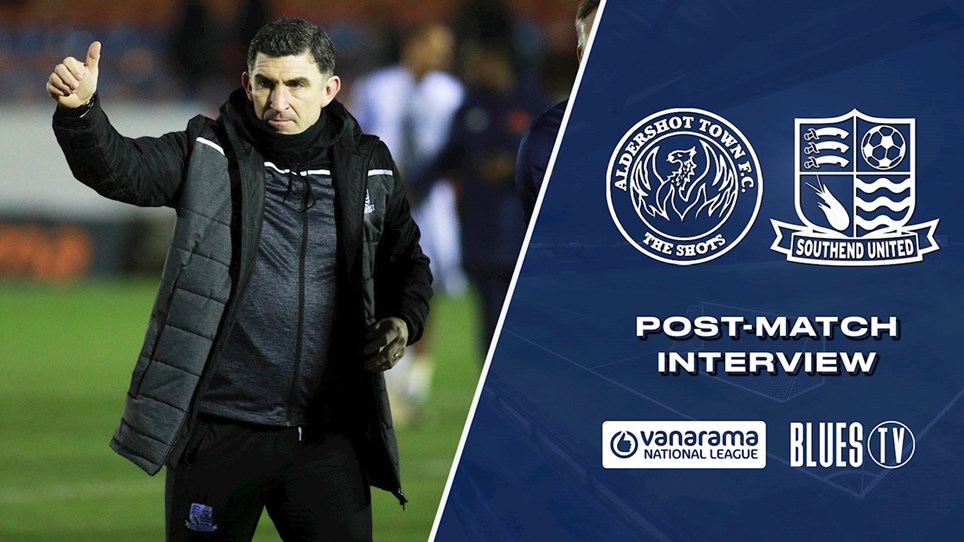