Southend United are delighted to announce the signing of defender Ollie Kensdale for an undisclosed fee.

Kensdale progressed through Colchester United’s youth system, making his debut in November 2018 in the EFL Trophy before starting a league game for the first time a week later against Exeter City.

He made six appearances in total for the U’s, also spending time out on loan at Maldon & Tiptree, Bath City and Braintree Town.

"We’re delighted to finally get him over the line,” Maher commented on the arrival of Kensdale.

"He’s someone we’ve had watched and he’s been in training with us so we have seen the quality he has.

"He’s comfortable on the ball, a good size for a centre back and has a good range of passing, so delighted to have him on board and he’s one we’re looking forward to having for a number of years.

"He’s absolutely one for now and one for the future as well because there’s a lot of potential there that we think, with the right coaching and work on the training ground, he will be a good asset going forward.

"He’s got the right balance of someone we want to bring into the football club at the right price.

"We’ve changed a lot in terms of the recruitment and how we go about things so we’re now looking at all levels, and especially locally. It’s very important that we cover the local area, that’s something we’re keen to do.

"I think Ollie will be a great addition."

An interview with the new signing, who has been assigned the shirt number 35, will follow.

Welcome to the club, Ollie! 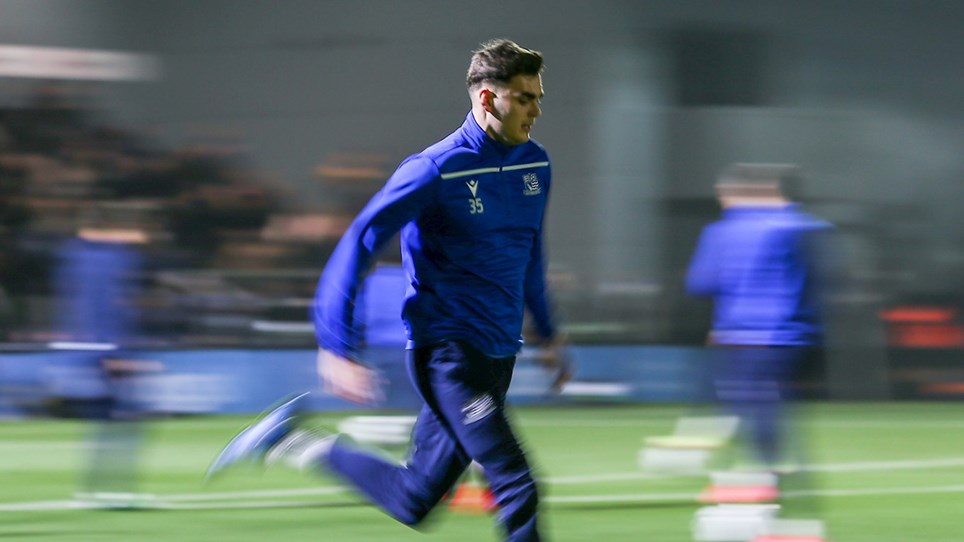 
The highlights from Friday night's last-gasp 2-1 win over King's Lynn Town are now available to watch.

THREE HEAD OUT ON LOAN


Terrell Egbri, Eren Kinali and Miles Mitchell-Nelson have gone out on loan.