Phil Brown gave a scathing assessment of his Southend side’s performance this afternoon after Blues drew 0-0 against Wealdstone as Grosvenor Vale.

Despite hitting the woodwork twice in the first-half with Rhys Murphy and Harry Phillips both seeing efforts come back off the crossbar, the visitors were unable to find the breakthrough which would have earned them a second win of the campaign.

And after the full-time whistle in northwest London, the Blues boss did not mix his words when giving his thoughts to the press.

“It was awful,” said Brown bluntly when asked what his assessment was of the draw.

He continued, saying, “I thought in the first 25-30 minutes we had a grip of the game and a couple of great chances to get our noses in front. The first goal was going to be a big goal for both sides and in the end, we’re hanging on.

“I cannot accept people pulling out of challenges. I’m not talking about styles of player – who’s a good player, a bad player, an indifferent player – but if you’re not going to go through challenges and you’re blaming the fact you’re on a yellow card for that, I’m not having that. I’ve just had a few harsh words in there with players who think that’s acceptable, but it’s not. Not for me in my managerial career is that acceptable.”

Having played Stockport in the late kick-off on Saturday, it was less than a 48-hour turnaround for Blues between games, but Brown was quick to dismiss that that was a reason for his side’s poor performance, citing that both sides were in the same position.

“The only positive I can say today is the fact that we got a clean sheet, so you have to say that Steve Arnold was the only one that could honestly say that he wore his shirt with pride. I thought the outfield 10 and the subs were just not good enough for a team that represents me, not just Southend United.”

Blues now have four days to prepare for the visit of Wrexham who travel across to Roots Hall on Saturday in what will be another big test for Brown’s side against a club who’ve made some big money moves over the summer.

And when asked what changes he might make for that game against Wrexham, the Southend boss said he’ll be looking to bring in some of his more experienced players who he felt were missed this afternoon.

“[Against Wrexham] we’ll get our best players on the field of play and we’ll work to a system.

“I think we missed the presence and organisational skills of Josh Coulson today. That’s not to say Shaun Hobson had a bad game as I thought Shaun Hobson did well against a half-decent strike force, but Josh Coulson with a voice today might have been the difference. Having missed a big chunk of pre-season I couldn’t take that risk [playing him today].

“Jason Demetriou’s presence was also missed today. But that’s not the say the young lads are not grabbing hold of the opportunity. I thought Sam Dalby has half a chance in the game if he plays in a decent side that’s getting supported well, but I thought the seniors let us down today. I thought the seniors, apart from the goalkeeper, just weren’t at the races.” 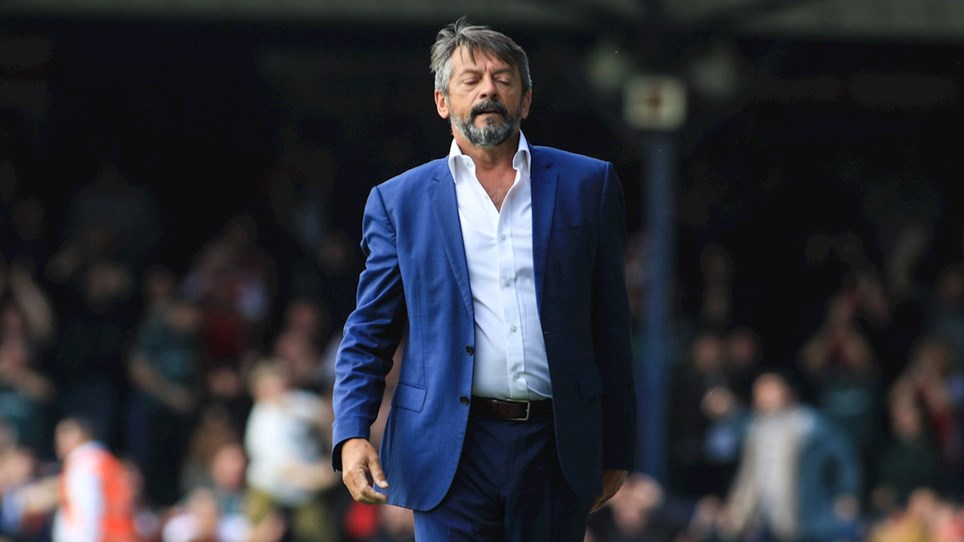 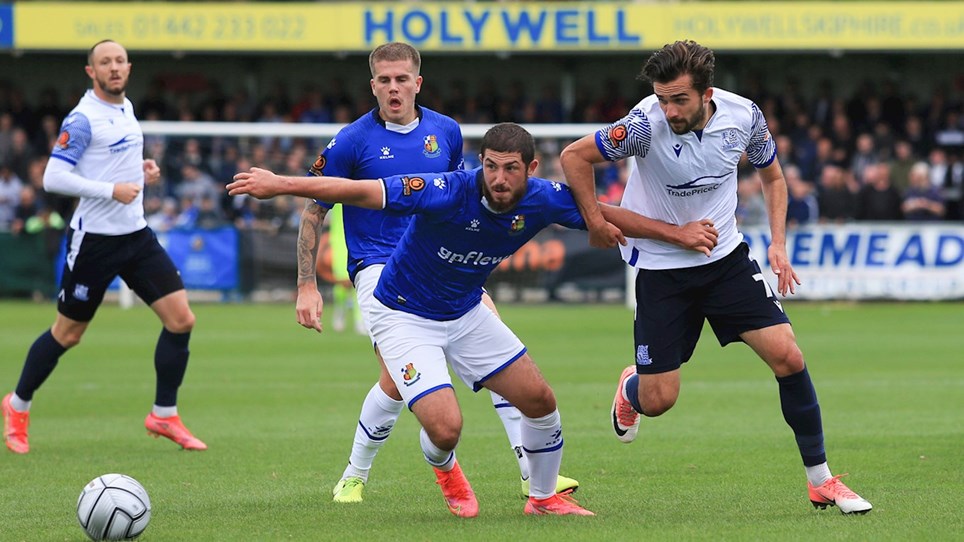 
Southend United were left frustrated as they were held to a goalless draw against Wealdstone at Grosvenor Vale.