Southend suffered a 2-0 defeat to Carlisle thanks to goals from Offrande Zanzala and Gime Toure on an afternoon where Simeon Akinola missed from the penalty spot for Blues at Roots Hall.

Zanzala fired the visitors in front in the 17th minute when he picked off a ball forward, carrying it to the edge of the area before drilling a low strike into the bottom corner to give the Cumbrian’s the ideal start.

Southend had the chance to level before the interval though when Akinola won a penalty after being felled inside the area by Callum Guy, but the striker couldn’t convert from 12-yards as he saw his spot-kick saved by Paul Farman.

And Carlisle would make Blues pay as they doubled their advantage with a little over 10 minutes remaining as substitute Toure curled the ball into the back of the net from the edge of the box, just five minutes after his introduction from the bench.

It was another disappointing afternoon at Roots Hall for Blues whose struggles at home continued, ahead of a tough trip to promotion-chasing Morecambe on Tuesday night.

After yesterday’s round of League Two fixtures had left Southend five points adrift of safety and with games running out, this afternoon was huge for Blues who were hoping to build on their battling 1-0 win against Harrogate last weekend.

Mark Molesley was forced into making two changes from that win last week with both John White and James Olayinka missing through injury, being replaced by Tyler Cordner and Reeco Hackett-Fairchild with Jason Demetriou picking up captains armband.

Despite the visitors sitting in 14th coming into this afternoon, the Cumbrian’s still harboured hopes of sneaking into the play-offs and they were unchanged from their midweek win against Crawley, and they began the brighter of the two sides at Roots Hall and would take an early lead.

Just 17 minutes in, Carlisle’s dangerman Offrande Zanzala beat Cordner to a floated ball forward before carrying it to the edge of the penalty area and firing it low and hard beyond Mark Oxley and into the bottom corner to put the visitors in front.

Southend arguably hadn’t got going up until that point but they were awarded a golden opportunity to level before the interval when Callum Guy brought down Simeon Akinola in the penalty area, with referee Alan Young immediately pointing to the penalty spot.

Akinola took up the mantle of taking the spot-kick but failed to convert from 12-yards as goalkeeper Paul Farman guessed correctly and got down to his left to keep out the Southend striker’s effort and ensured that Carlisle went into the break with a 1-0 lead.

Carlisle had a couple of good opportunities to double their advantage early in the second-half when Jon Mellish got through after a slip from Jason Demetriou, forcing a smart save out Oxley, before Omari Patrick got away from Cordner and Shaun Hobson only for his shot to be blocked.

Southend had created precious little in front of goal but they did have the ball in the back of the net on the hour mark when Tom Clifford’s free-kick was cushioned home by Akinola, but the linesman’s flag had been up for some time, ruling the goal out for offside.

Carlisle boss Chris Beech brought Gime Toure on with a quarter of an hour remaining and within five minutes of his introduction he’d effectively killed the game off for Southend as he scored to double the Cumbrian’s advantage.

Receiving the ball on the edge of the area with his back to goal, Toure spun and curled the ball beyond a motionless Oxley and into the bottom corner to put the visitors two to the good and secure a second straight win for the visitors. 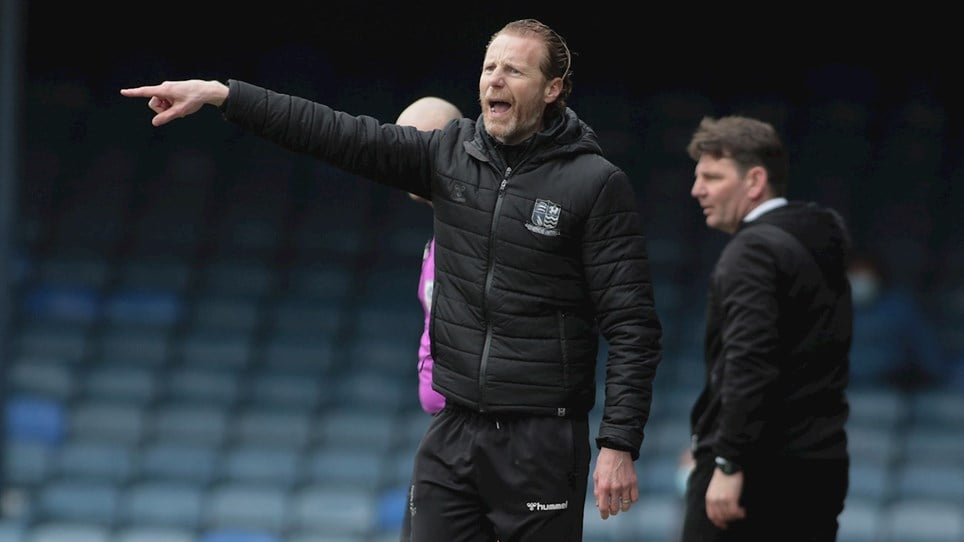 
Southend boss Mark Molesley remained resolute in his post-match interview, insisting that his Blues side weren’t out of the fight yet despite a disappointing 2-0 defeat to Carlisle this afternoon. 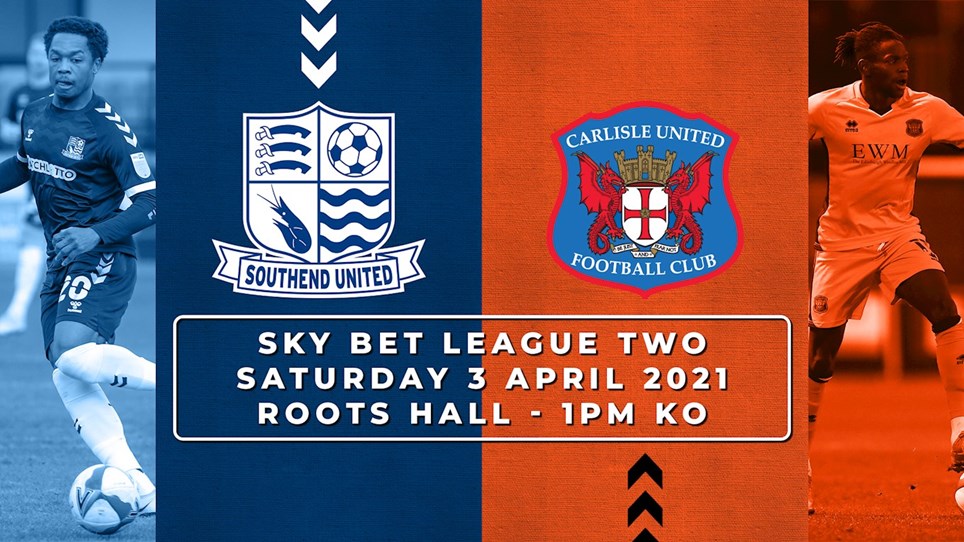 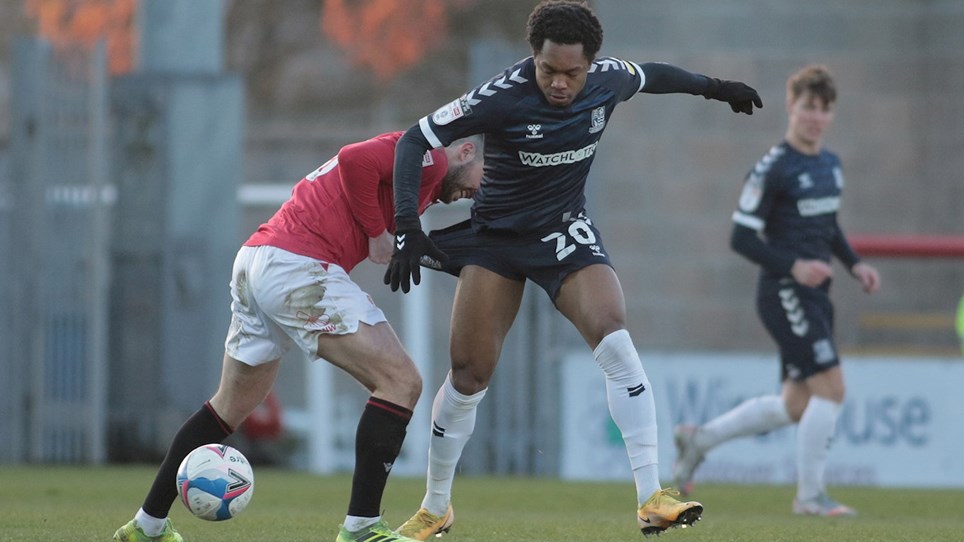 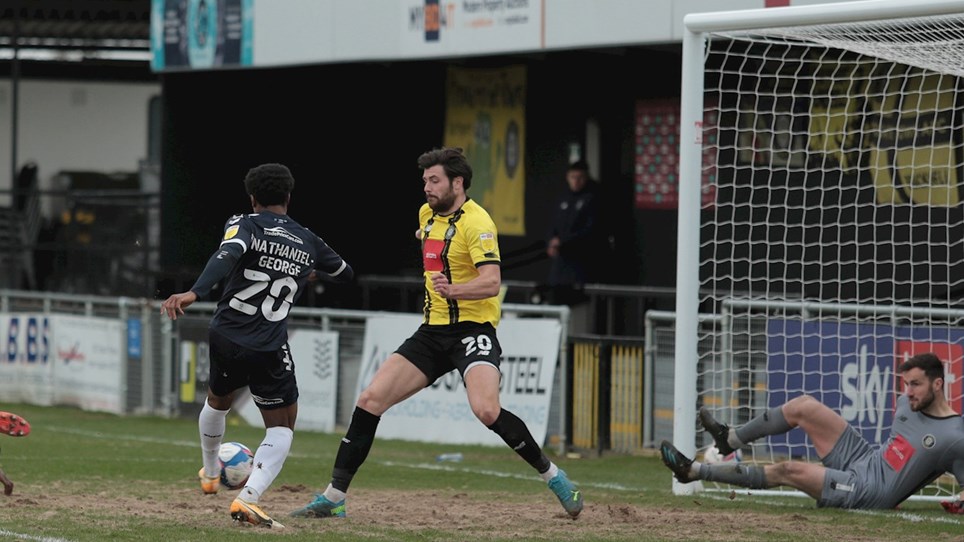 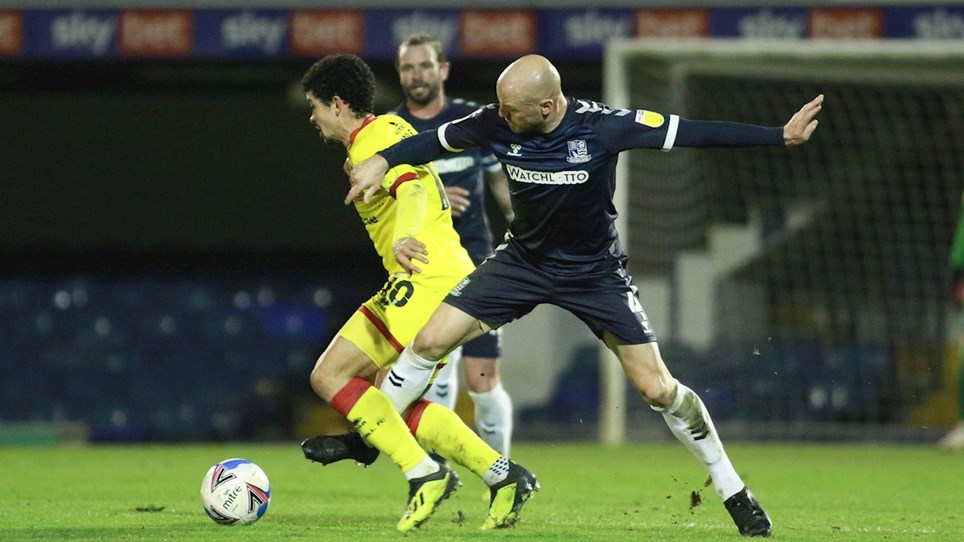 
Southend United threw everything they could at Walsall but the 10-men of Blues were unable to pick up a winner in a 0-0 draw at Roots Hall.