Mark Molesley says there will be some ‘checks’ to make on Friday before deciding who will be fit and available for Saturday’s game against Harrogate Town.

The Blues boss was speaking on Thursday afternoon ahead of the opening game of the season at Roots Hall. 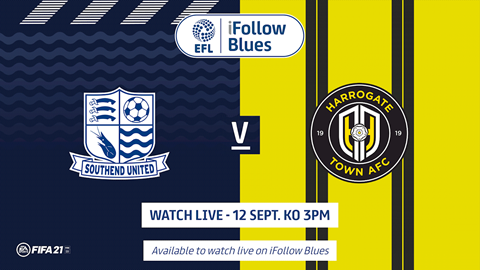 Blues vs Harrogate - Live on iFollow

Molesley also had updates on the fitness of Harry Lennon and Tom Clifford, adding that Shaun Hobson and Isaac Hutchinson weren't involved on Tuesday due to squad rotation. Timothee Dieng wasn't involved in midweek but it remains unclear if his omission will rule him out of the Harrogate game.

He said: "We’ve got a couple of checks to make.

"There’s 48 hours to go before the game so a few will be assessed tomorrow."

"Harry Lennon is a little bit more of a complicated one after coming back from a serious injury and a couple of serious injuries in-between that.

"We’re not just building up from the previous injury but also having a long time out and not having a great run of games behind him.

"There’s no short term route back and he needs to get the hards yards in to build that robustness back so when he comes back he stays back.

"He’s back in training but he’s almost at the start of his pre-season now."

"He’s progressing well. We’ve missed him since the Charlton game with a groin strain.

"He’s hoping to join back in training next week which will be a big boost for us."