Blues boss Mark Molesley described this afternoon’s defeat to Harrogate Town as “men against boys” as Southend’s youngest ever side lost 4-0 to the Football League newcomers.

With an average age of just 20.4 years across the starting XI and substitutes, Blues found themselves behind midway through the first-half when Jack Muldoon opened the scoring before Lloyd Kerry scored on the stroke of half-time to double the visitor’s advantage.

Two further, controversial, goals in the second-half from Aaron Martin and Muldoon killed off any hope of opening day points for Blues and at full-time the Southend boss gave an honest and frank assessment of his side’s defeat as he spoke to the awaiting press.

On a tough afternoon…

“I think it’s an indication of where we are at the moment. It is the youngest squad Southend have ever put out into play and we’ve got some experienced lads sitting on the treatment table at the moment, so we’ve got them to come back.

“It’s going to be a steep learning curve, but a learning curve that they’ll be a lot stronger for. We showed some very naïve moments out there – it literally was men against boys in every sense of the word.

“We know we’ve got to improve quickly. We’re going to look to add a little bit of quality to the squad and get some experienced players back, then we can turn this around very quickly. A steep learning curve, a tough afternoon for us, but one we’ve got to learn from and come back fighting.

“There were some naïve moments and a couple of errors doesn’t help. It was always going to be a tough afternoon for us today and losing John White and Timothee Dieng is only going to make it an uphill struggle. We’ll lick our wounds, learn from it and move on.”

On the feeling in the dressing room…

“They’re hurting and so they should be. There are high standards that have been set on the training field and what we require, and they need to be met. It’s a collective thing and we’ve got to make sure that they meet them.

“We can’t let this settle in. We’ve got to let it hurt but then we’ve got to reflect quickly and move on and continuously strive to improve. There were some harsh lessons out there for us today and we need to learn and move on quickly.”

On injuries and trying to bolster the squad…

“[John White and Timothee Dieng] had minor strains, both of them. Them and Tom Clifford are the three strains, the other injured players are inherited injuries. We’re hoping [White and Dieng] are short-term, but it was too dangerous to risk either of them at this early stage of the season. We need to get them back and stay back as you can see how much they were missed today.

“I think there’s going to be some conversations very soon. I think it’s quite clear we need to add some quality to the group and alongside some players returning I think we can have a different outlook quite quickly. We lost Humphrys yesterday and we need to try and get the right characters in and quickly. Also, we need to carry on working and striving to improve on what we’ve got.”

On the second-half goals…

“The referee has apologised to me. The fourth one: how do you interpret the rules? The striker was in the box and tackled our defender; the third one our centre-half has got a serious head injury lying in the middle the six-yard box and he was lying down for a good 30 seconds and the ball hasn’t stopped.

“Two of the goals were definitely avoidable but at the same time, it was men against boys out there. We’ve learnt some harsh lessons and we also got unfairly scrutinised for a couple of goals as well. But two of them were our fault and we have no one to blame but ourselves. We’ve come up short today and there’s no hiding from that. It didn’t have to be as harsh as it was with a couple of the goals, but I still don’t think we done enough to win the game.” 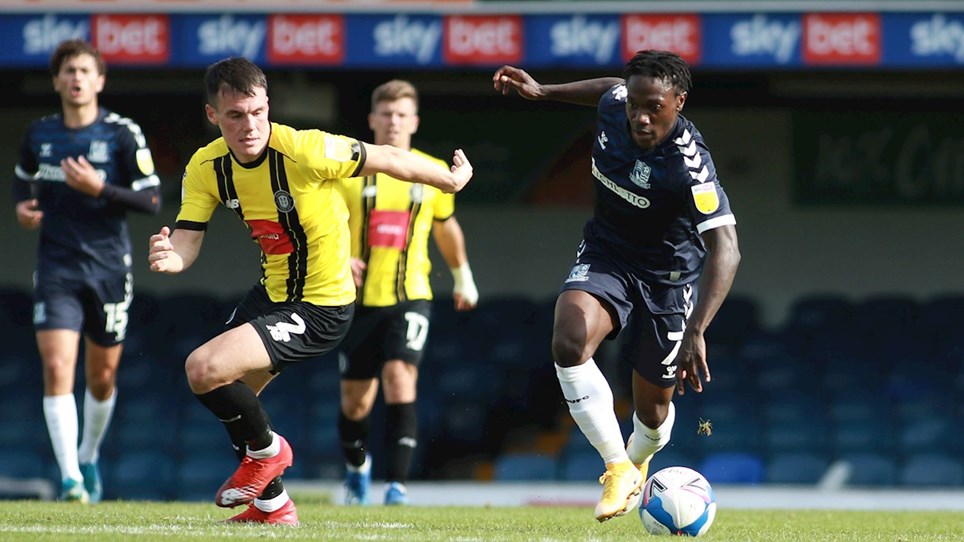 BLUES VS HARROGATE - LIVE ON IFOLLOW


Southend United entertain Harrogate Town, who will play in their first ever EFL game, on Saturday as Mark Molesley's Sky Bet League Two campaign in charge of Blues gets underway. 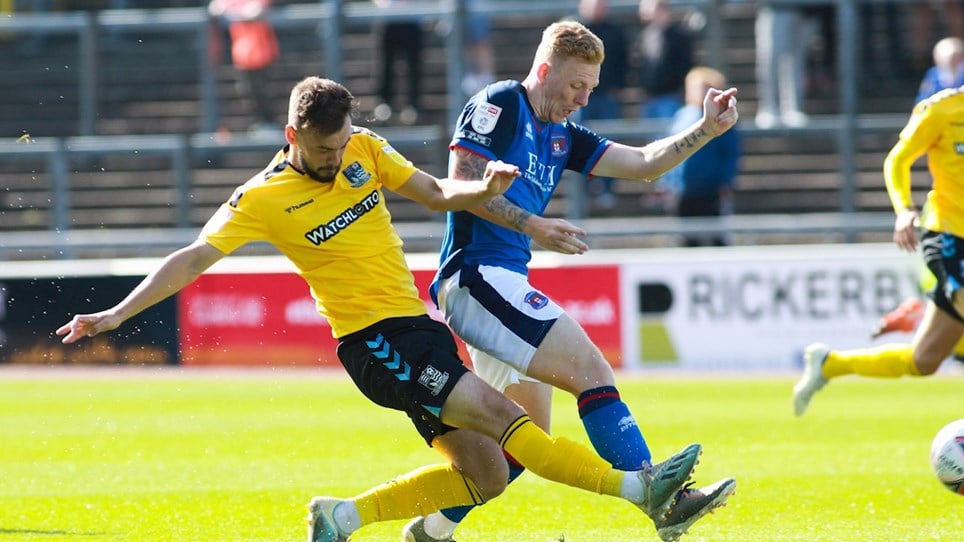 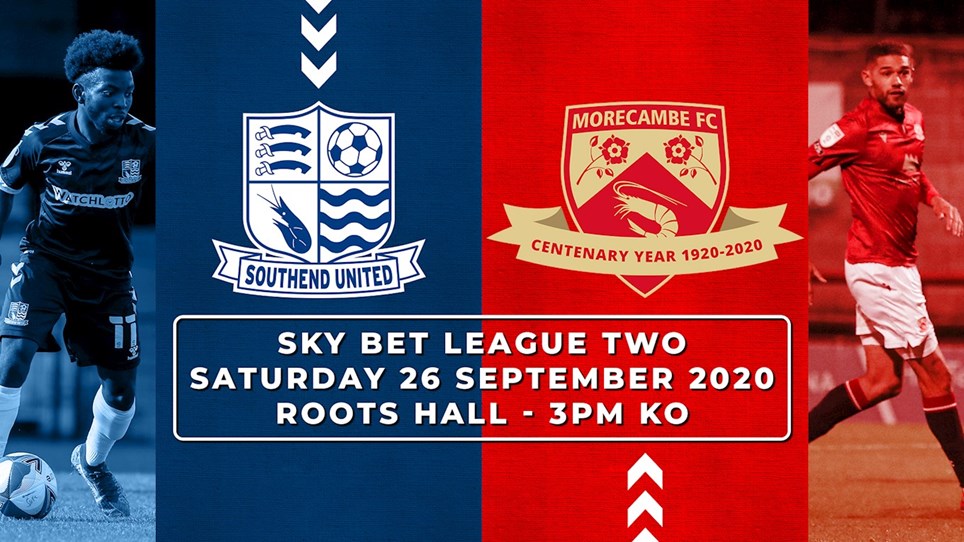 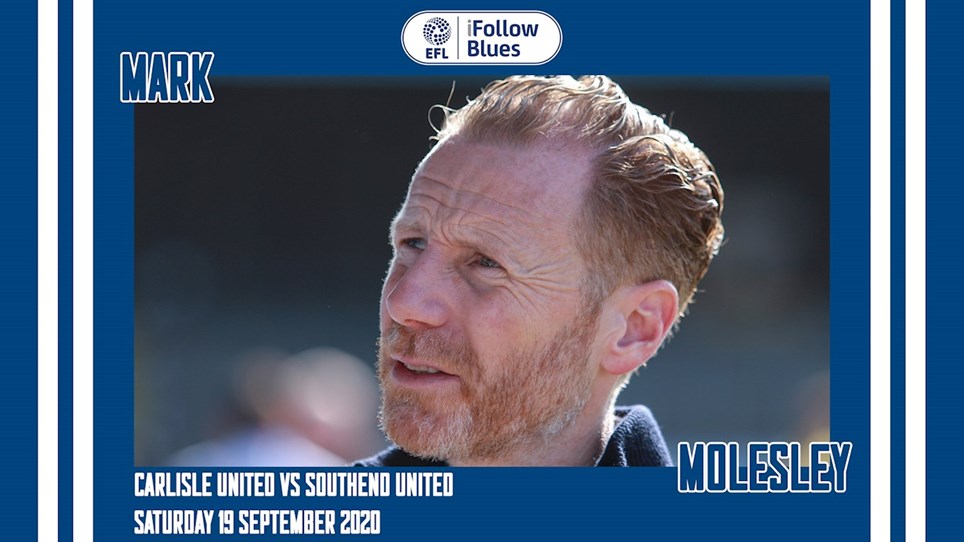 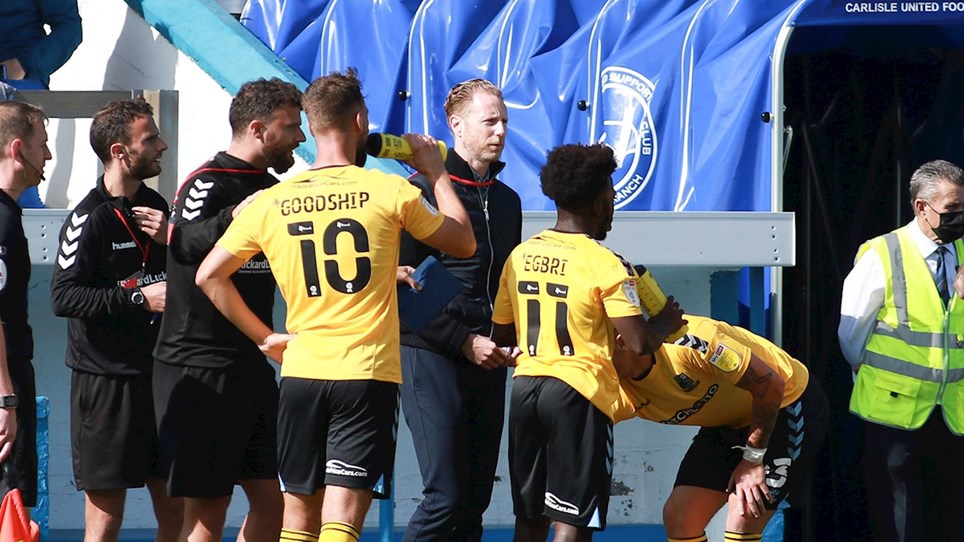