I promised to keep supporters informed “week by week”.

It is probably not necessary for me to be making statements so frequently but I recognise that supporters worry, sometimes unnecessarily. However with so many changes I want to make sure that everybody understands the positive direction of travel and why they should not lose confidence or sleep!

I talked last week about “taking my scalpel to the squad” not only throughout last year but not retaining those players, where contracts ended, that we felt did not live up to expectations. As I mentioned, this was a change around of some 13 players which is a significant number.

I know supporters, and me too, are impatient for success but everybody has to understand we are in a transitional phase of rebuilding your club. By nature I am a bit of a workaholic and Mark Molesley and his team (six in total) are too. They can often be found still at the training ground cutting clips of patterns of play late into the evening (8pm, 9pm even 10pm) to send to players. Every training session is filmed including sometimes by drone so that we leave no stone unturned.

Since I wrote last week we have signed Alan McCormack and Simeon Akinola and today we have been able to bring Emile Acquah back in the squad. We hope to make a further announcement on player recruitment tomorrow.

As I said, we are all impatient for success and I am no different, but we just have to let not only our new recruits “bed in”, but also, importantly, four senior pros to return from injury. I am delighted to learn that Jason Demetriou has trained really well and should be back in contention perhaps to feature alongside Alan McCormack this weekend. Harry Lennon too is working really well and could possibly be on the bench but we have to be cautious not to return Harry into the fray too soon and retard the good progress he is making. Harry is an important player.

Our other signing, Simeon Akinola, has trained well this week but I am not sure whether Saturday might be a little too soon, he is a great asset and we believe will make a real difference up front.

Culturally, Mark and his team are absolutely making a difference. The camp is in excellent spirits because we can all see what is on the horizon. In a text exchange with JD yesterday he was really positive about the work everyone is putting in and there is a good feel around the place. I know this is not reflected in the press this week but of course you have to bear in mind it is their job to sell newspapers!

For that reason when asked by BBC Essex I agreed to do an interview a little earlier this afternoon which hopefully gives a more detailed insight into where we are with the club and my expectations in the coming weeks.

As many of you will know whilst the squad is currently limited to 23 players (we have some 29 professional players but many are under 23’s). Last week I talked about the balance being wrong and everyone is working hard to improve that. I am confident we will succeed in having more experience in the squad and reducing the need to utilise our talented players that have come up from the Academy... their time will come.

It is a blow to our fans that the Government are not able to make a decision on return to stadiums and we would certainly love to have you back at Roots Hall (not demonstrating at the gate… what’s that about!), it is a pretty bleak atmosphere and I have said several times before football without supporters is not football. I believe that we could operate at a safe social distance with a capacity of circa 2,400 fans.

The Government have agreed to keep “fans back in stadiums” under review this week and I know that there is a lot pressure from the EFL and clubs, through their MP’s, for a safe return… I do hope we can deliver that for you.

Finally if you do get the opportunity, the BBC Essex interview will, hopefully, tell you a little more, and I, as promised will give you a further update next Thursday and that will continue for the foreseeable future. 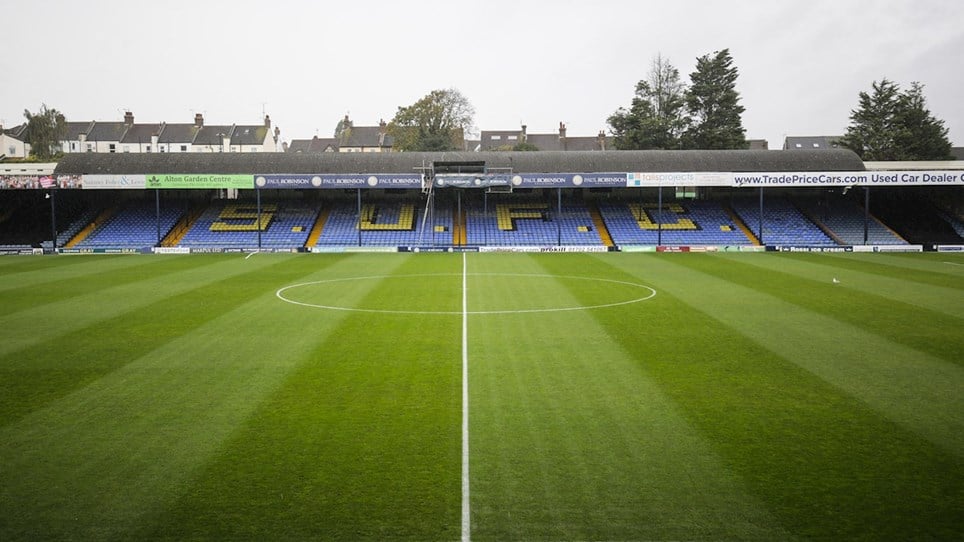