Southend United U18s progressed to the First Round of the EFL Youth Alliance Cup with a comprehensive 4-0 win away to Leyton Orient.

Adetayo Adedoja, Damaray Anyadike and Jaden Crowhurst were all on target in the first period before an Oli Coker penalty rounded off the scoring after the interval as Blues emerged successfully from the rearranged Preliminary Round tie.

“It was excellent,” was the assessment of coach Craig Fagan, who took charge of the team for the fixture at a miserably wet Old Chigwellians FC. “We started this game as we finished the last game in terms of the start being much better than it was against Luton.”

“We played football in the right areas, and even though it was pouring down with rain I felt it suited us today. Everyone, to a man, even the players that came off the bench, made an impact and we deserved to win the game,” he added.

Fagan also felt that the team didn’t let the conditions undermine their recent good form: “It’s tough with Covid and we had no changing room, so I think the lads used that as motivation to go out there and perform, and they did that.”

“The weather was rubbish as well, but there were no excuses; we put on a good performance and I know this isn’t the league but we’re undefeated in the league and now we’ve won in the cup so hopefully this will fill the lads with confidence going into Saturday.”

Goalkeeper Jamie Grossart returned to the starting line-up after serving his one-match suspension whilst Harrison Clayden was missing through injury. Ergis Shala stepped into the team at centre-back, with Tommy Davis moving to right-back.

Indeed, Davis proved to be a useful outlet for Grossart from goal kicks, while he continually found Adetayo Adedoja spinning off the shoulder of the last defender and asking questions of the Leyton Orient defence. The first half-chance for the visitors arrived in the fourth minute when Coker floated the ball to Cameron Brown, but his left-wing centre was cut out at the near post.

Blues had to deal with a couple of O’s set-pieces early on and, having done so, they took the lead after a quarter-of-an-hour. Adedoja took the ball in his stride down the inside-right channel and he outpaced his marker before angling his finish from an acute angle inside the far post for his second goal in four days.

Adedoja sought an identical finish after bringing down Davis’ right-wing throw a couple of minutes later but, on this occasion, he dragged his shot across the face of goal before Davis almost doubled the lead himself when his flighted delivery from the right touchline bounced back off the crossbar in the 20th minute.

The persistent rain made it difficult for Southend to get any neat passing moves going, and their hosts began to threaten a fightback as the first half progressed. Grossart needed to reach up well to palm away a cross and Jimmy Wallace reacted well to steal a through ball off the toes of a forward as he bore down on goal.

Then, just a couple of moments after Grossart had gathered a low free-kick, Blues doubled their advantage in the 43rd minute. Crowhurst initiated the move with a superbly-weighted pass into the path of Anyadike on the right-hand side of the penalty area and the winger smashed the ball through custodian Sean Campbell from ten yards out.

Blues would have been pleased to go in at half-time two goals to the good, but they added a third – and a strike of real quality – in the first minute of stoppage time. Crowhurst netted a screamer against Orient last December and the O’s must be sick of the sight of the first-year scholar as this time he beautifully swept Adedoja’s lay-off over Campbell and into the top left-hand corner from the edge of the penalty area.

“We were excellent in the first half; we started better, moved the football in the right areas and got in behind them a lot,” Fagan claimed. “That caused a lot of problems for them, but what I did say to them at half-time was to expect a reaction.”

“I thought they’d come back at us for 10 or 15 minutes, which they did, but I think we nullified that and started to play our football even more. We could’ve had three or four goals if we’d been more clinical, but I’m happy with a 4-0 result.”

Perhaps a feature of Southend’s intent to see the game out successfully was a couple of cautions in the early stages of the second half; the first for Coker as he attempted to delay the restart of play and then for skipper Wallace as he voiced his displeasure at a free-kick taken from the wrong place.

Bobby Unwin was introduced as a substitute on the hour, playing 30 minutes as he stepped up his return from injury and almost making an immediate impression as he tried to pick out Adedoja with a low centre after Anyadike had made a purposeful run into the penalty area. The cross, however, was cut out.

Southend did finally add to their advantage with 16 minutes remaining. Coker had just curled a free-kick over after a foul on Callum Burkey when he was given a chance to net from the penalty spot when Anyadike was brought down from behind. Coker’s spot-kick gave Campbell no chance as he found the inside of the side-netting to register his tenth goal in 25 youth team starts.

First-year scholars Luke Reeve and Brian Garzon both came on as substitutes in the final 20 minutes, and there remained chances for the visitors to score during this time. Unwin beat his man to set up Brown, who saw a shot deflected over on 81 minutes and Coker sent a long-range effort whistling past the left-hand upright after Louie Arrowsmith and Unwin had combined on the left flank.

Reflecting on a 4-0 victory – the team’s third in four matches and the third clean sheet of the campaign – Fagan was happy with how the season has started. “For all the bits that you hear in football now, about getting in the half-space and that, it’s about scoring more goals at one end and not conceding at the other end,” he said.

“That’s just the basics, and I think the lads are starting to understand that clean sheet mentality, throwing your body on the line and keeping the ball out of the net. It was the second game I’ve done and they’ve done it excellently again,” Fagan concluded. 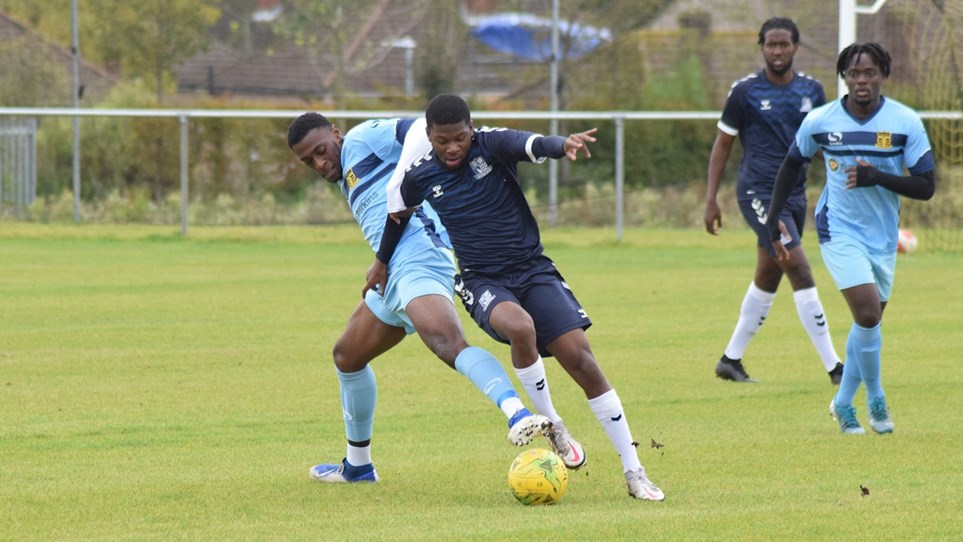