Southend United U18s coach Danny Heath hailed his squad’s consistency throughout the 90 minutes as they returned to winning ways with a 4-1 victory over Stevenage.

After taking the lead through an early own goal, Tayo Adedoja’s fifth goal of the season doubled Southend’s advantage nine minutes before half-time. Cain Keller halved the deficit early in the second period, but Cameron Brown and Bobby Unwin ensured Blues stretched their lead to record a first win in five games. “I’d like to say a massive well done to the boys," said Heath.

"The message to them was to get back to doing the basics well. Stevenage have got good players and they are a good side, but they can also battle as well. We had to earn the right to play by fighting and competing to win our tackles, and I felt the boys did that in the first 10-15 minutes. From there we really went on and played our football. I thought the 90-minute performance was there."

Heath made three changes to the starting line-up for the fixture, which was switched from the Shephalbury Sports Academy to Boots & Laces at 24 hours’ notice. Defender Jimmy Wallace missed out with a fractured arm, so first-year Luke Reeve stepped in, whilst Jaden Crowhurst replaced Bobby Unwin in midfield. Schoolboy Joseph Shenouda was named instead of Kenny Coker up front.

Within ten seconds of kick-off Damaray Anyadike had warmed the gloves of Stevenage goalkeeper George Edgeworth with a thumping half-volley that signalled Southend’s intent. Two minutes later, the hosts were ahead as Ergis Shala, who scored against Ipswich Town in midweek, powerfully met Crowhurst’s corner and a defender’s best efforts to keep the ball out only resulted in an own goal off the right-hand post.

Blues dominated the first half with forward Shenouda, a recent acquisition from Cheshunt, sending an effort from the edge of the penalty area straight at Edgeworth after a quarter-of-an-hour and Adedoja glancing Crowhurst’s right-wing free-kick past the far post on 20 minutes.

Adedoja did send an effort goalwards five minutes later, but Edgeworth was well-positioned to save, and further dead-ball deliveries led to Tommy Davis scooping over and fellow defender Shala nodding at the goalkeeper from Louie Arrowsmith’s corner.

Heath praised the work that has gone into set-pieces from the squad: “We work on set-plays in the week,” he confirmed. “The boys come up with some good ideas around adding variation into them. The quality of the ball, whether it was Louie, Jaden or Cam, meant we were delivering it into good areas and asking somebody to go and put their head on it.”

The second goal came from open play as Blues looked to break out from their own half. Crowhurst supplied his second assist of the match, looking up and picking out the run of Adedoja, who sprung the offside trap and took the ball past the advancing Edgeworth before rolling it into an empty net.

The first-year forward could have added to his personal tally six minutes into the second half but, after driving into the penalty area from the left-hand side, he found his shot blocked by the legs of Edgeworth. And, with virtually their first attack of the match, Stevenage pulled a goal back as Keller was given space to arrow a shot into the bottom left-hand corner of the net from 20 yards out.

The visitors’ goal was the main source of frustration from the match for Heath:  “We could and maybe should have had more than two goals in the first half and Jamie [Grossart] hasn’t had to make a save, so at half-time we expected them to come out and get amongst us,” he revealed.

"The only real disappointment was the goal we conceded because we felt, and the boys felt, we should’ve pressed the ball with more aggression around the box to not allow their player to pick his spot in the corner. He finished it well, but we gave him too much space to get his head up and pick his spot."

Southend’s response was good. On 57 minutes Edgeworth gathered Adedoja’s effort at the second attempt with Unwin, who had been introduced as a substitute for Shenouda, loitering, and seven minutes later skipper Brown restored the two-goal lead. He latched onto a beautiful reverse pass from Anyadike to round Edgeworth and lift his shot over a defender and into the net.

Brown, wearing the captain’s armband in the absence of Wallace, then clipped the crossbar with a free-kick after Arrowsmith had been tugged back on the edge of the penalty area before Unwin netted a fourth goal by charging down Edgeworth’s clearance and tapping home in the 71st minute.

Brian Garzon was introduced in place of Callum Burkey in midfield with a quarter-of-an-hour remaining, but the only further goalmouth action saw Grossart make a comfortable save following a quickly-taken free-kick. A 4-1 win was enough to lift Blues up to second place in the EFL Youth Alliance South East Conference table, with games in hand over leaders Luton Town.

Heath was happy to see the squad bounce back at home following three consecutive away defeats: "We had to stand up to Stevenage when it went 2-1 early in the second half and we were looking to the boys to remain focussed on the task in hand. The reaction to that goal was important.

"In terms of the game management we got back on the ball and started to get more passes in and then got the third goal through some great play in the middle third into Cam to finish and that probably knocked the stuffing out of them. The consistency of the performance throughout the game, both in terms of fighting and competing but also our quality on the ball, was there,” he concluded. 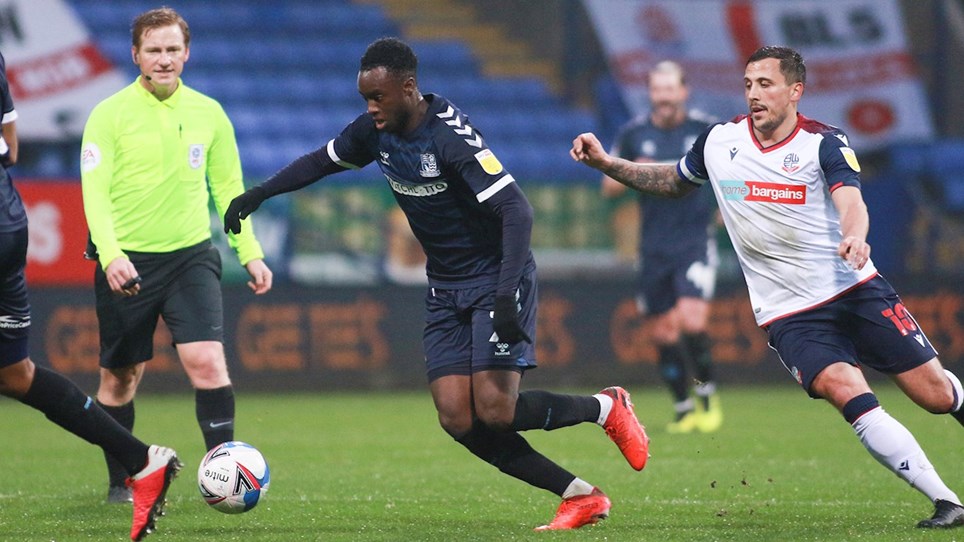 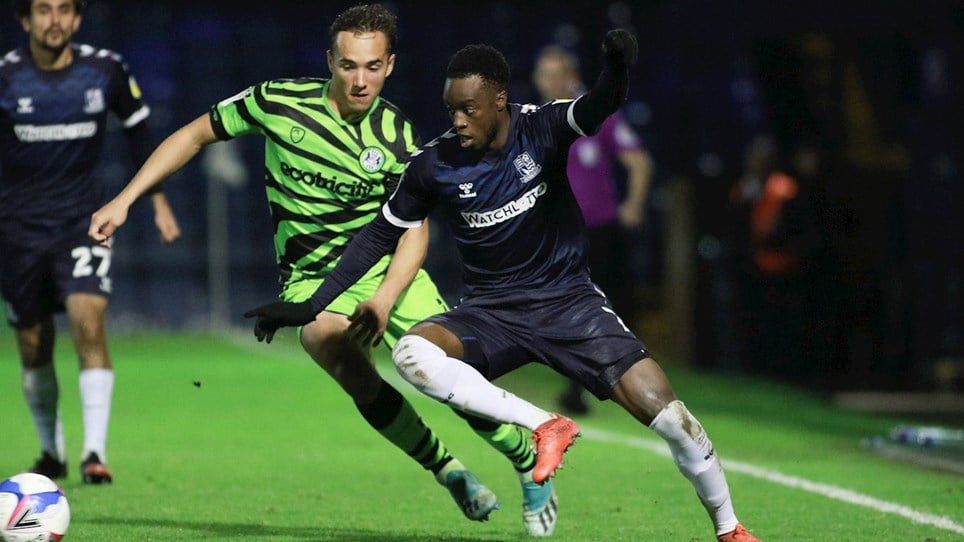 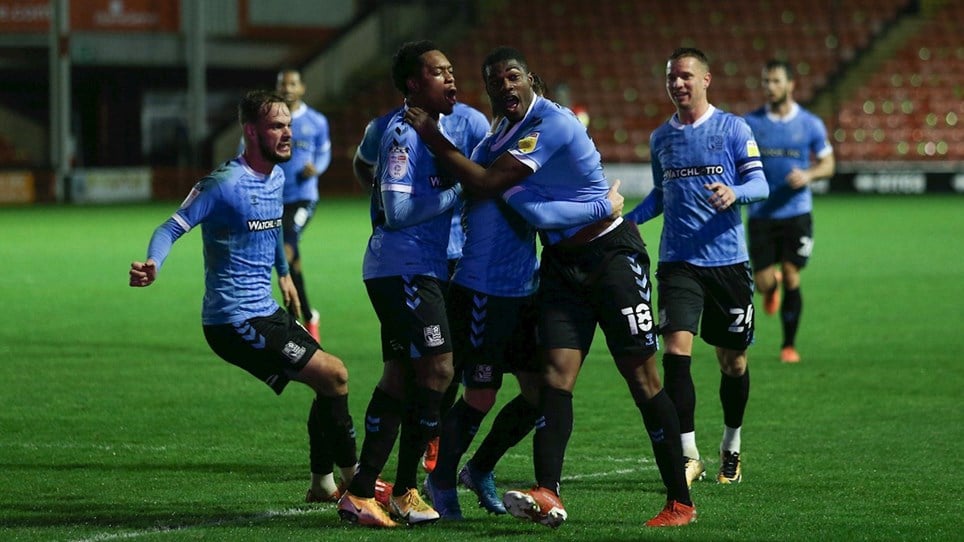 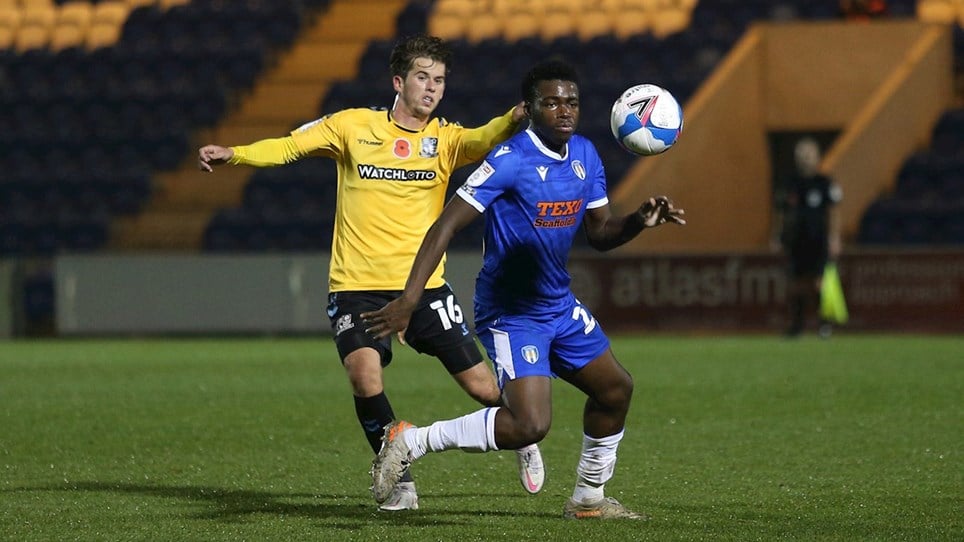