On this day in 1906, Southend United Football Club was formed!

So, who better to speak to about our 114-year history than a couple of Club Historians; two people who know pretty much everything there is to know about the club!

David Goody and Peter Miles were on hand to answer a series of questions and provide an in-depth look back at where it all started, the move to Roots Hall, promotions, relegations, cup runs, images and much more.

Firstly, let’s go right back to the start. We know the club was formed on this day in 1906 at a meeting in the Blue Boar Hotel. What details do we know about that meeting and the subsequent formative years of the newly formed Southend United Football Club under Bob Jack?

There had always been rumours of a professional team forming in Southend in the early 1900s, but Southend Athletic’s decision to remain amateur in 1906 led to the formation of Southend United. During mid-April 1906, a circular was distributed around the district reading:

“Gentlemen, having been approached in regard to forming a Senior Football Club in the district of Prittlewell and Westcliff, by a large number of influential gentlemen, I beg to call a meeting, to be held at the Blue Boar Hotel, on Tuesday. Sportsmen who feel disposed to attend will be cordially welcomed, when, if decided to run a team, general business appertaining to the welfare of the Club will be discussed. Yours obediently, C Anderson, Hon. Sec. pro tem.”

Many attended the meeting on 24th April 1906, including Mr. Oliver Trigg and a proposal was made and voted on to form Prittlewell United, wear blue jerseys and white shorts, and the Blue Boar Hotel was selected as the club’s headquarters. 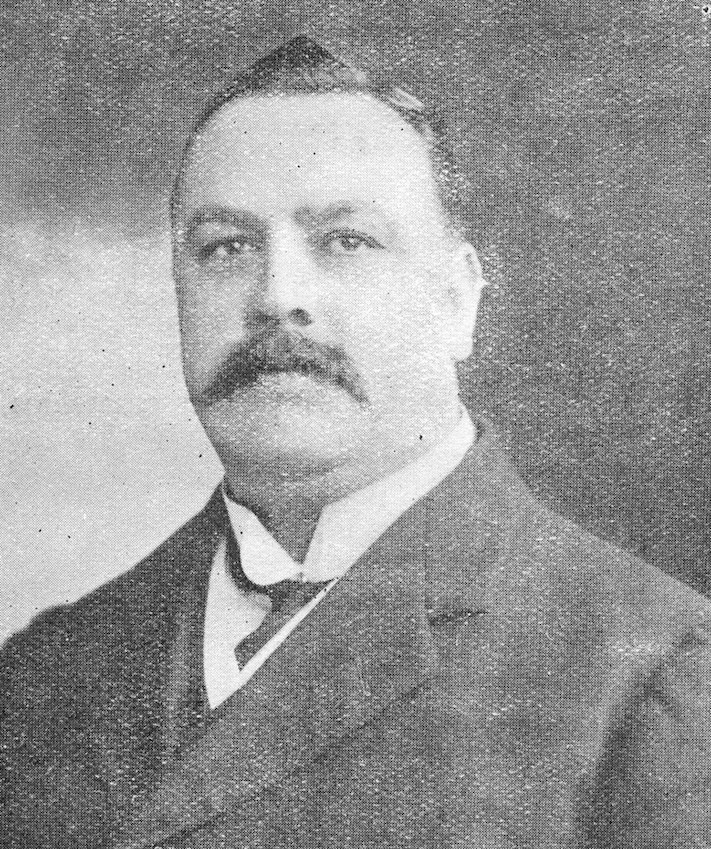 A further meeting was held on 19th May 1906 and this is when Southend United were born, with Mr Oliver Trigg putting up the entrance fee for Southern League entry.

Other attendees of the meeting included G.H. Hogsflesh, A. Ducat snr. and many others. The name was changed to Southend United and a limited company formed, with the lease on Roots Hall field in West Street increased to seven years.

It was also confirmed a grandstand seating 500 would be erected, bringing the capacity up to 6,000.

The formative years were spent in the Southern League, with manager Robert Jack gelling together a range of ex-Football League players along with a range of amateur talent, before joining the Football League for the start of the 1920/21 season.
(Thanks to Keith Roe’s “Early Doors – The Birth of Southend United” for full details of the meetings)

When was the club first elected into the Football League and how did the team settle into the league?

With one season completed after World War 1, the Football League announced it would be creating a third division comprising of all the Southern League clubs, with a northern section to be created a year later, and thus Southend United became founder members of the Third Division.

Not much actually changed for the Shrimpers, as they still ended up playing the same teams as before, but the stakes were higher.

The first season the club finished 17th out of 22, then slumped to a bottom placed finish the following season, with full-back Jimmy Evans (pictured in the gallery below) finishing the season as top scorer, believed to be the only defender ever to finish as top scorer for a first class club.

Fortunately, the club’s re-election campaign saw them voted back in by their fellow clubs.

Southend United then settled in to 27 consecutive seasons of Division Three South football until restructuring for the 1955/56 season saw the South/North split of the Third Division replaced by Divisions Three and Four.

The best season in this period was 1931/32, a third-place finish seeing the Shrimpers four points adrift of champions Fulham, with only the top team gaining promotion.

Tell us a bit about the successful Harry Warren era.

Harry Warren joined the club from Chelmsford City after Southend United approached Chelmsford about a war-time groundshare in 1939. Manager David Jack then decided to hand over the reigns to Warren, who managed a merged Southend/Chelmsford team.

With the war coming to an end, Chelmsford City graciously allowed Warren to become permanent Southend United manager ready for the resumption of football after the war.

Warren gained great respect amongst both players and fans as a genial general and alongside Wilf Copping, the motivating man manager, he could have had a job for life at Southend, but surprisingly opted to join Coventry City in 1956, sadly lasting only one year before being replaced by Jimmy Hill.

The move to Roots Hall was a pivotal moment in the club’s history thanks largely to the late Sid Broomfield. Did the move bring the desired effect on the club?

Southend Stadium was unpopular with the fans as the greyhound track left the fans feeling they couldn’t generate any atmosphere, and when in 1953 the owners refused to enter negotiations with the Shrimpers to install floodlighting, it was the beginning of the end; the move to Roots Hall was a necessity really.

However, the first change in division since joining the Football League for the 1920/21 season was sadly in a downwards direction at the end of the 1965/66 season, when the Shrimpers dropped to Division Four.

The club’s first league title was in 1980/81 – and it was a record-breaking season for Dave Smith’s side wasn’t it?

At the end of the 1980/81 season, Southend United had achieved an incredible 14 new club records and achieved success that the long-suffering Shrimpers fans could only have ever dreamed about before. These included many which still stand today (and maybe will never be beaten), including:-

The team contained some players that are now known as club legends, local lads such as Tony Hadley and Garry Nelson, alongside Mervyn Cawston, Alan Moody, Ron Pountney, Derek Spence and Keith Mercer.

What a strike-force we had in that season, and that is without mentioning Terry Gray and Anton Otulakowski!

The next major success was reaching the second tier of English Football after promotion in 1990/91 under David Webb, completing back-to-back promotions.

The core of the Webb/Clark squads were built on hard work rather than spectacular players.

Shrewd captures had been made in the transfer market with Brett Angell arriving from Stockport for £100,000, he had been Division Four’s top scorer that season and had big boots to fill after David Crown had left for Gillingham.

Left back Chris Powell came in from Crystal Palace as the long term replacement for Justin Edinburgh who had been sold to Tottenham in February 1990.

It wasn’t until 2004 when Steve Tilson began to bring the good times back with successive promotions – that was again another standout era in the club’s history.

The club achieved back-to-back promotions for the second time in their history.

The first promotion was achieved by an exciting play-off win over Lincoln City at the Millennium Stadium in Cardiff. The final went to a nerve-wracking extra-time before goals from Freddy Eastwood and Duncan Jupp saw us promoted to League One. 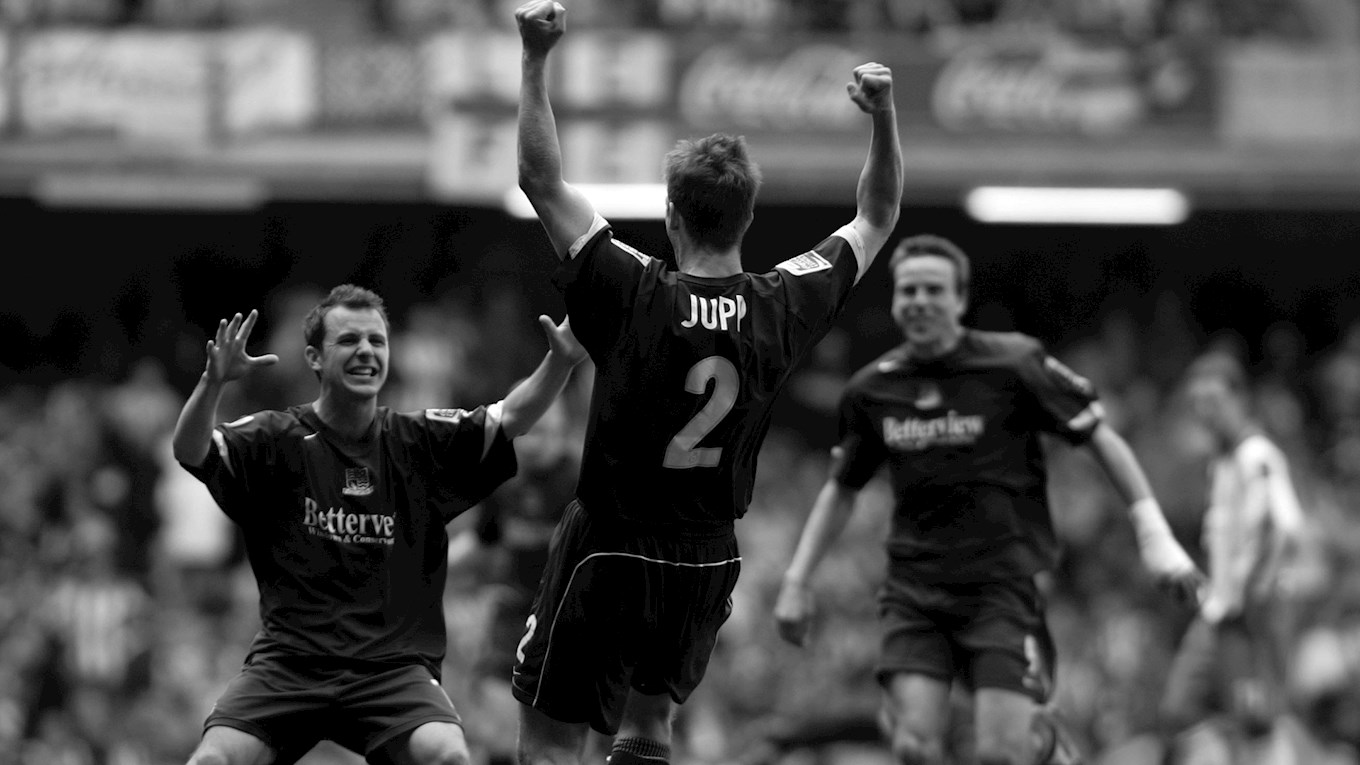 In 2005/06 we won the League, only our second ever title, when we defeated Bristol City with a late Wayne Gray goal consigned rivals Colchester United to runners-up spot.

We found it tough in the Championship and came straight back down but Steve Tilson was in charge for 356 Southend matches, only Ted Birnie (557), Harry Warren (471) and Dave Smith (370) managed more than him.

Historically how have we performed in cup competitions?

In the FA Cup we have never gone past the Fifth Round.

In 1925/26 we beat Dulwich Hamlet, Gillingham, Southport and Derby County before succumbing to Nottingham Forest

In 1951/52 we beat Bournemouth, Oldham, Southampton and Bristol Rovers before losing to Sheffield United

In 1975/76 we beat Swansea City, Dover, Brighton and Cardiff before losing to Derby County, revenge for their defeat 50 years before!

Probably our most famous FA Cup result was holding European Champions Liverpool to a goalless draw at Roots Hall on 10.01.1979 in front of a record crowd of 31,033.

Our record FA Cup win was 10-1 against Golders Green in November 1934 and again against Brentwood Town in December 1968.

Our best season in the League Cup was in 2006/07 when we reached the Round Four for the first time defeating Brighton, Leeds and famously Manchester United before losing 1-0 to Tottenham

In the Football League Trophy we have reached the final on three occasions 2004, 2005 and 2013 losing to Blackpool, Wrexham and Crewe respectively (all 0-2)

In 1993/94 we reached the semi-final of the Anglo-Italian Cup but lost on penalties to Notts County and missing out on a Wembley final against Brescia.

Other notable promotions, so far not mentioned, came in the 70s and then of course five years ago!

In 1971/72 we finished second to Grimsby Town missing the title by three points. Our top scorer was Bill Garner (pictured in the gallery below) with 25 League goals. He was subsequently sold to Chelsea for a club record fee of £120,000.

In 1977/78 we were again second but this time 11 points adrift of Watford. Derrick Parker top-scored with 19 goals.

Promotion in 2014/15, with Phil Brown as manager, was notable for being our second Play-Off Final and our second victory! Once again it went to extra-time, but this time penalties were also needed.

507 - Alan Moody (previously this was recorded as 506 but we recently located a previously uncredited substitute appearance for him!) 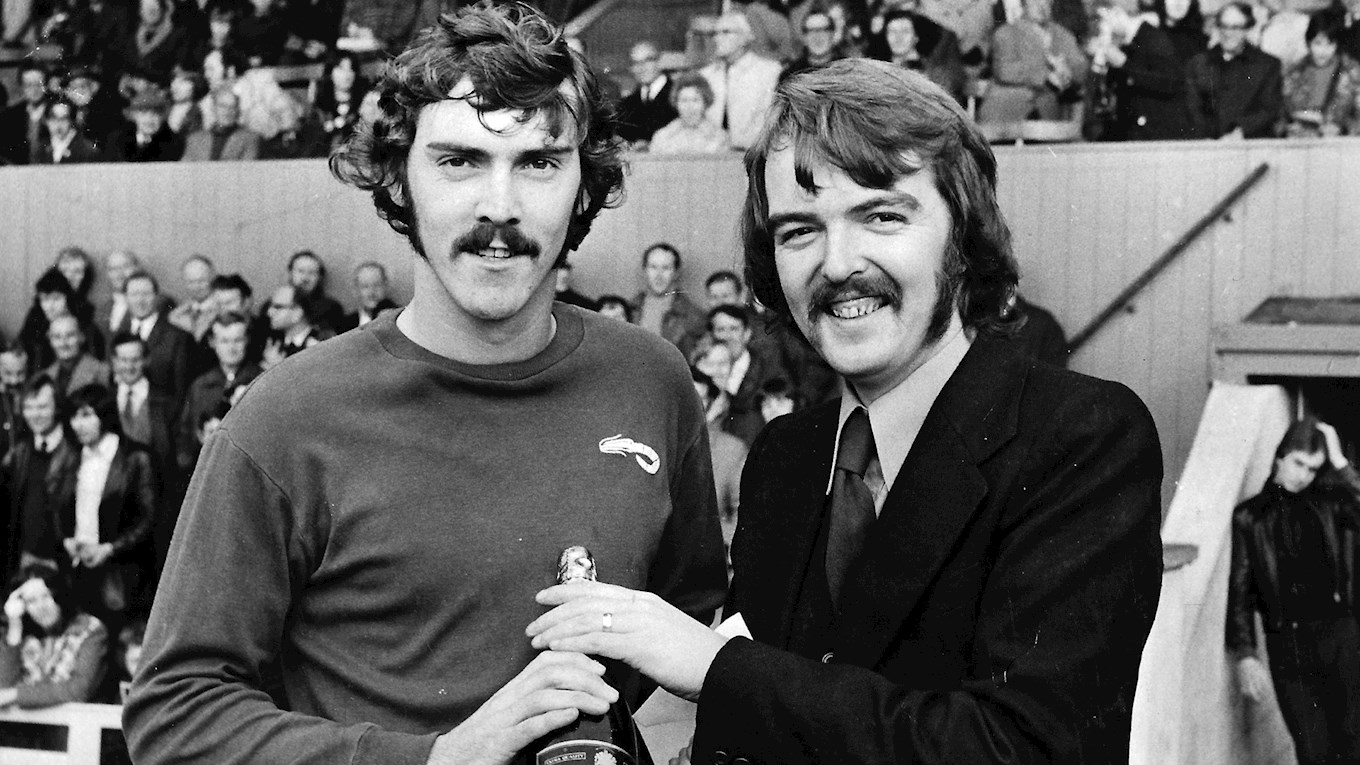 This is always subjective as transfer fees a rarely released these days. But of disclosed fees it's as follows:

Our thanks to both Dave and Pete (SUFC_History) for their help.