Oli Coker scored twice as Southend United U18s claimed their first EFL Youth Alliance Merit League One victory with a 3-0 success away to Stevenage on Saturday.

The midfielder netted twice shortly after the interval before substitute Tommy Lambourne added a third on his return from injury to secure a dominant win at the Shelphalbury Sports Academy. It was an impressive display by a team that featured four schoolboys, including three from the start of the fixture.

One of those U16s, Kenny Coker, had an opportunity to put Blues in front within sixty seconds after receiving the ball on the right-hand edge of the penalty area. The forward, who has appeared twice already for the club’s first-team, dragged his attempt wide of the left-hand upright.

Southend continued their fast start, and Cameron Brown was inches away from connecting with Ahmet Bil,er’s left-wing cross at the far post in the third minute. A few moment later another Biler cross was met by Kenny Coker, whose header landed on the roof of goalkeeper Jack Berman’s net.

If there was one criticism of the teenage Shrimpers in the early stages, it was that they had not tested Berman more frequently and, just seconds after Coker had seen the ball cleared off his toes as he attempted to turn home Biler’s cross at the near post, the shotstopper was drawn into action to cut out another left-wing delivery.

Still inside the opening quarter-of-an-hour of the contest, schoolboy full-back Harrison Clayden swung the ball onto the head of Kenny Coker, who directed his aerial attempt inches over the crossbar before, on 18 minutes, Brown fired across the face of goal.

Brown’s opportunity was as a consequence of good harrying by Demaray Anyadike and Oli Coker, and that hard work epitomised the effort being put in by Danny Heath’s side. They carried a high level of intensity throughout the first half, never letting their opponents have time to dwell on the ball.

Shortly before the half-hour mark, Oli Coker could’ve nodded Blues in front after good work from namesake Kenny in shielding the ball had created a chance for Brown to cross to the far post. The first-year scholar’s headed attempt was sent wide, and a similar outcome was the result of Kenny Coker’s shot after Bobby Unwin’s excellent left-wing run in the 32nd minute.

Callum Taylor – who made his own first-team debut on the afternoon of the youth team’s most recent previous fixture against AFC Wimbledon – had to make his first save of the match six minutes before half-time when he flung himself to his left to turn the ball out for a corner, but Blues had the final say in the opening period when Unwin side-footed wide from Anyadike’s centre.

Southend made the perfect start to the second half when Oli Coker put the visitors in front within two minutes of the restart. A long free-kick was sent from deep inside Blues half to the edge of the Stevenage penalty area and the midfield playmaker brought the ball under control before deftly slotting underneath Berman to make it 1-0.

Six minutes later, Blues doubled their lead. Biler delivered an inswinging free-kick to the far post, and although a Stevenage defender met the ball, he could only send it across the face of his own goal. Oli Coker was waiting expectantly at the far post and he swept the ball home from close range.

Kenny Coker could swiftly have put Southend three goals clear, but he could only nod Clayden’s right-wing cross into the gloves of Berman, and Stevenage should have reduced the arrears seconds later when a header was directed over from close range.

Another close-range effort from the hosts could have led to a goal, but the Blues defence stood firm and they should have benefitted further on 69 minutes when Berman gifted possession to Kenny Coker on the edge of the penalty area. He took the ball wide of the custodian and rolled the ball agonisingly against the base of the left-hand post.

Lambourne was brought on in the 78th minute, and he almost made an instant impression when he robbed a defender of the ball and saw a strong shot charged down. A Stevenage player also chipped over when an inopportune bobble took the ball out of his control, but it would be Southend that would have the final say in the last minute.

A right-wing cross was directed to the far post, where central defender Ergis Shala rose to nod back across the six-yard box. Lambourne was positioned at the far post, and his scuffed finish was on its way into the net before a defender’s desperate attempts to cut it out failed to come to fruition. Blues return to action on Tuesday evening away to Peterborough United. 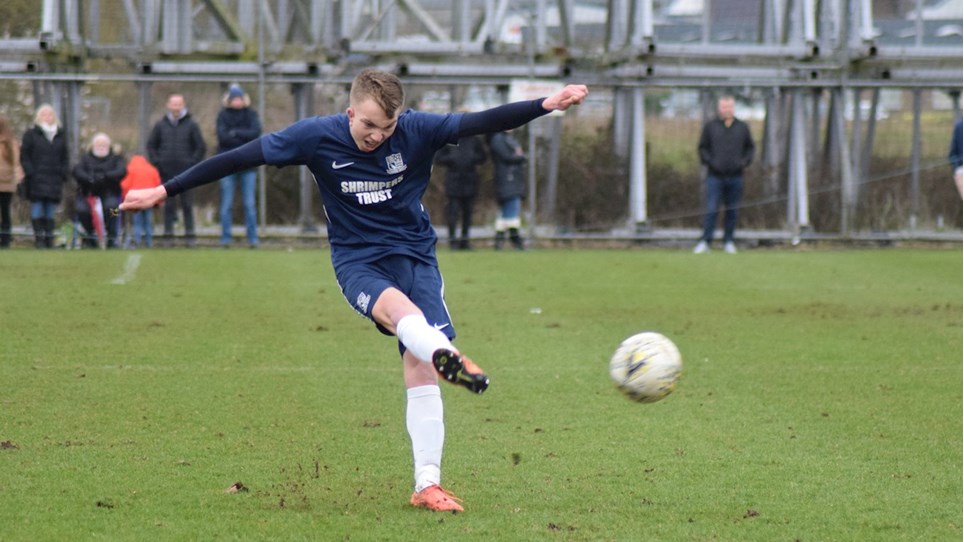 
Southend United U18s were unable to build on victory over Stevenage as they slipped to a 2-0 midweek defeat away to Peterborough United. 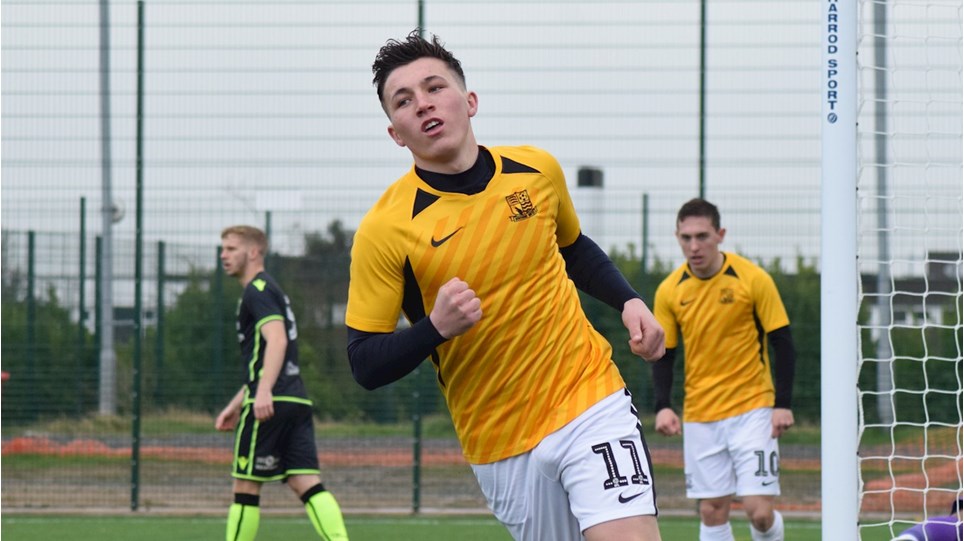 
Southend United U23s scored four unanswered goals in the second half to overturn an interval deficit and run out 5-2 victors over Bristol Rovers at Garon Park. 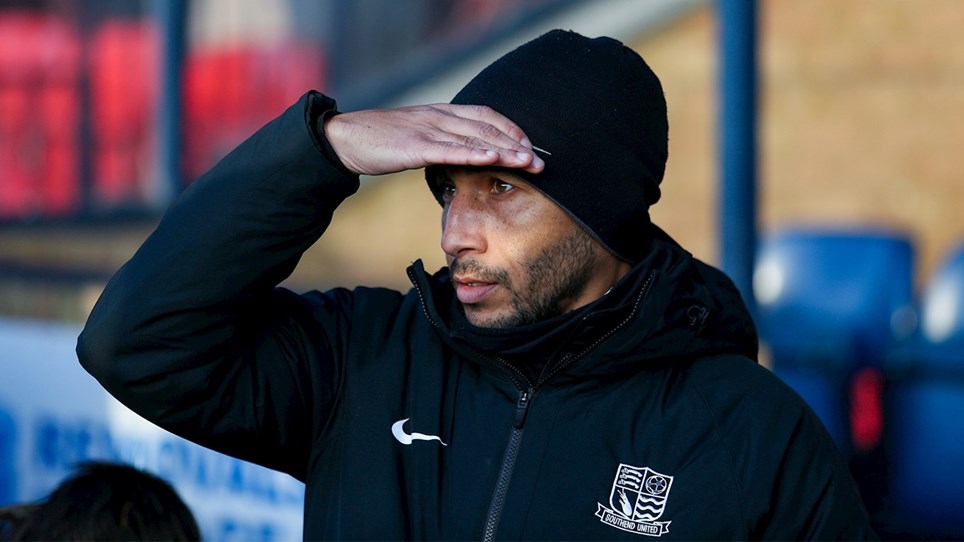 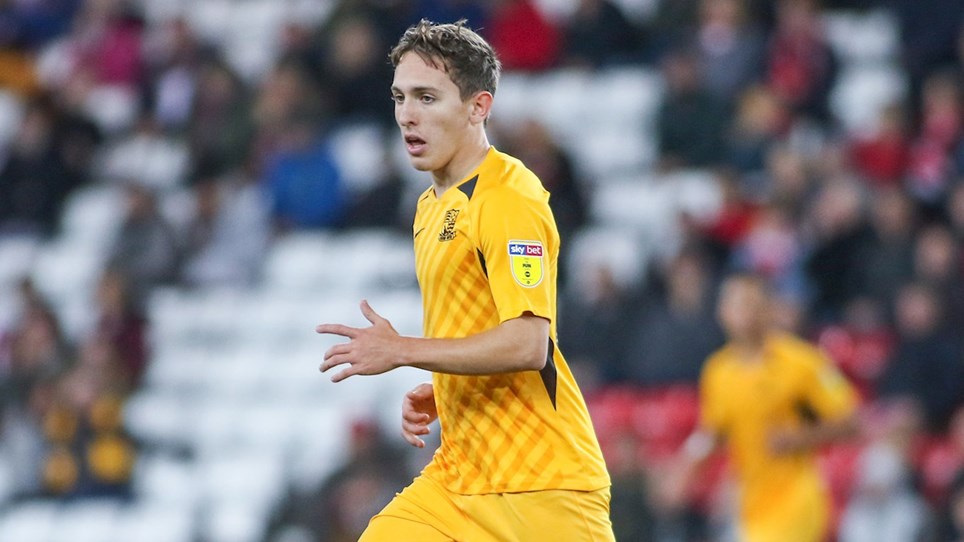