Charlie Kelman’s injury-time penalty secured Blues a point on the road at AFC Wimbledon as they began 2020 with a 1-1 draw at the Cherry Red Records Stadium.

In a first-half of mostly half-chances for both sides, Callum Reilly produced the only bit of real quality to open the scoring, firing into the top corner midway through the half.

The visitors looked threatening after the restart and Sam Mantom had a couple of goalbound efforts deflect wide of Nathan Trott’s goal.

Likewise, Wimbledon had a number of chances to put daylight between the two sides but it looked like Reilly’s first-half strike would be enough to seal the home side all three points.

That was until the first minute of stoppage time when Kelman was brought down inside the penalty box before firing his spot-kick through Nathan Trott to earn Southend a point.

The draw wasn’t enough to end Blues’ winless run in the league which extended to 15 matches, but it may be the result needed to kick start their disappointing campaign.

Sol Campbell and his Southend side had travelled to AFC Wimbledon with both sides having exchanged wins against each earlier in the campaign, with Dons winning the reverse league fixture 4-1.

At a chilly Cherry Red Records Stadium, Campbell would make one enforced change as John White missed out through illness and was replaced by Eren Kinali for his first league start.

And the visitors would have the game’s first effort on goal, testing the hands of goalkeeper Nathan Trott inside the opening 30 seconds with a half-volley from outside the area by Stephen Humphrys.

That sort of half-chance though would be the story of Southend’s first 45 as they struggled to create any clear openings with efforts from Mark Milligan and Jason Demetriou unable to test Trott.

The home side too would have difficulties breaking through as efforts from Jack Rudoni and Marcus Forss would fail to trouble Mark Oxley, but Wimbledon would eventually make a breakthrough.

Midway through the first-half, Callum Reilly went on a weaving run barely challenged by a Southend defender, allowing him to fire the ball into the top corner from outside the box to open the scoring.

It was the Dons’ first effort on target that’d punished Blues and Reilly almost beat Oxley a second time later in the half with a shot that stung the gloves of the goalkeeper who parried clear.

Campbell made a tactical change at the break, bringing on Isaac Hutchinson for Kinali and Southend looked threatening straight from the restart with Sam Mantom the key perpetrator.

First, Mantom fired a free-kick into a dangerous area which deflected wide for a corner. From the resulting set-piece, Mantom again chanced his arm with a shot that deflected just over the crossbar.

Wimbledon reacted to Southend’s attacking threat by pushing forward themselves and they had a number of chances to double their lead fall to them in very quick succession.

A cross from the left needed a superb last-ditch header to stop Joe Pigott from nodding in but Ryan Delaney would send the clearance straight back to force a brilliant save out of Oxley.

Oxley’s save though would rebound out to Anthony Hartigan whose first-time effort was headed off the line before Pigott would head another great chance inches wide moments later.

Both sides were now asking plenty of questions of their opposition’s defences and Southend saw a superb chance for their substitute Hutchinson come and go.

Jason Demetriou’s cross into the danger area caused confusion amongst the Dons defenders as the ball fell to Hutchinson who could only prod the ball straight at Trott from inside the six-yard box.

That looked to be Southend’s best chance to level as time began to run out on the visitors who looked set for defeat.

But in the first minute of stoppage time, Southend would earn themselves a chance at a precious point as Charlie Kelman was brought down in the box by Terell Thomas.

Referee Craig Hicks pointed to the penalty spot before Kelman himself dusted himself to power his spot-kick through Trott and snatch a point from the jaws of defeat. 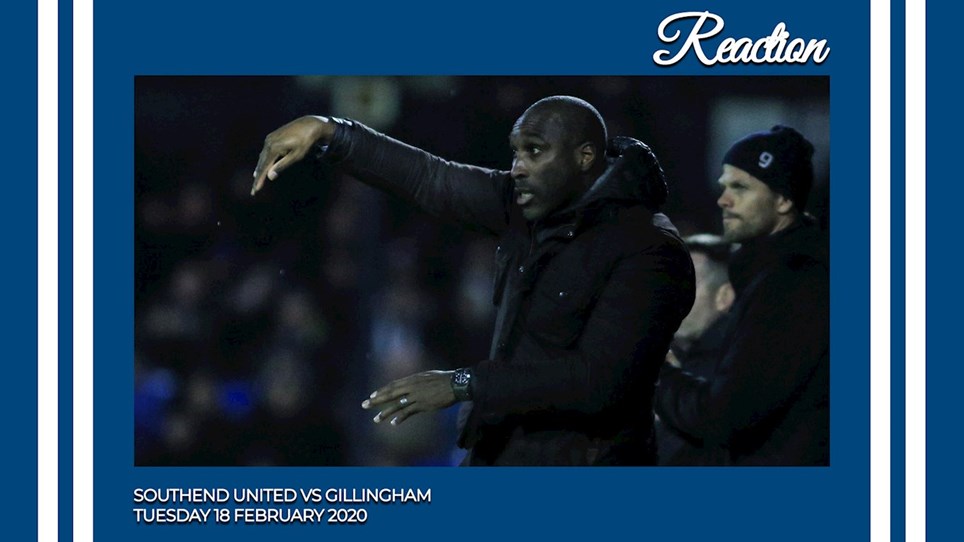 Reaction: Campbell full of praise for young side despite Gills defeat


Connor Ogilvie’s thunderous header midway through the second half was enough to condemn Southend to a 1-0 defeat at the hands of Gillingham at Roots Hall. 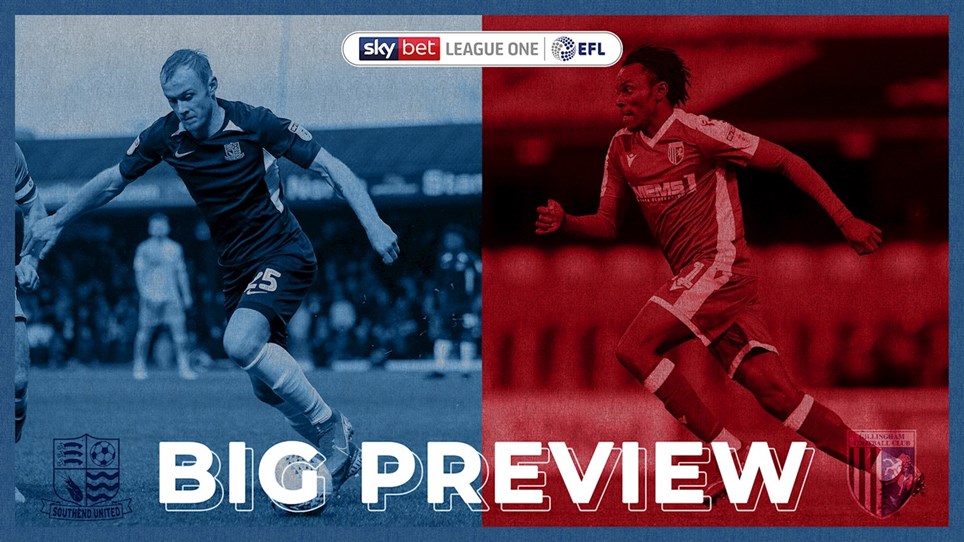 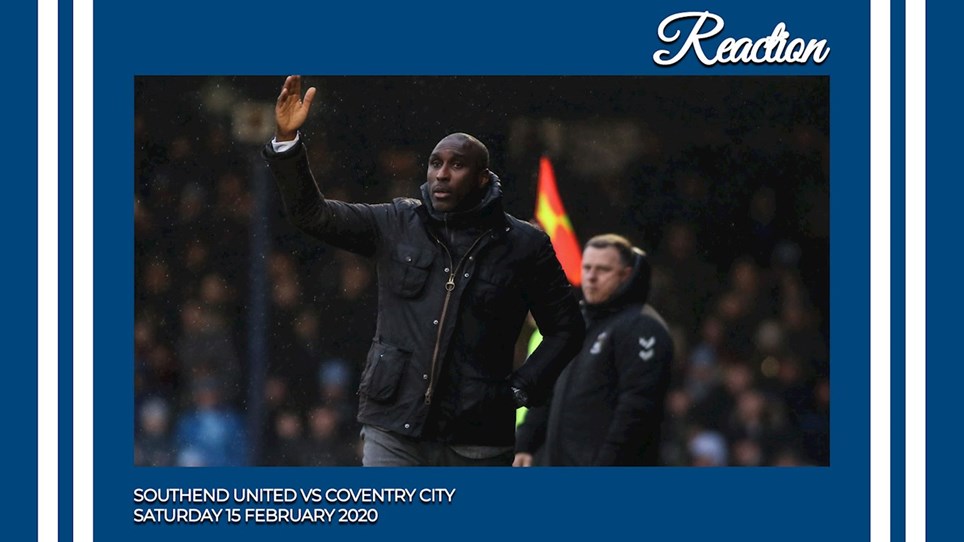 
Sol Campbell’s Blues once again put in a spirited display but came out second best as they fell to a 2-0 defeat to Coventry City this afternoon at Roots Hall. 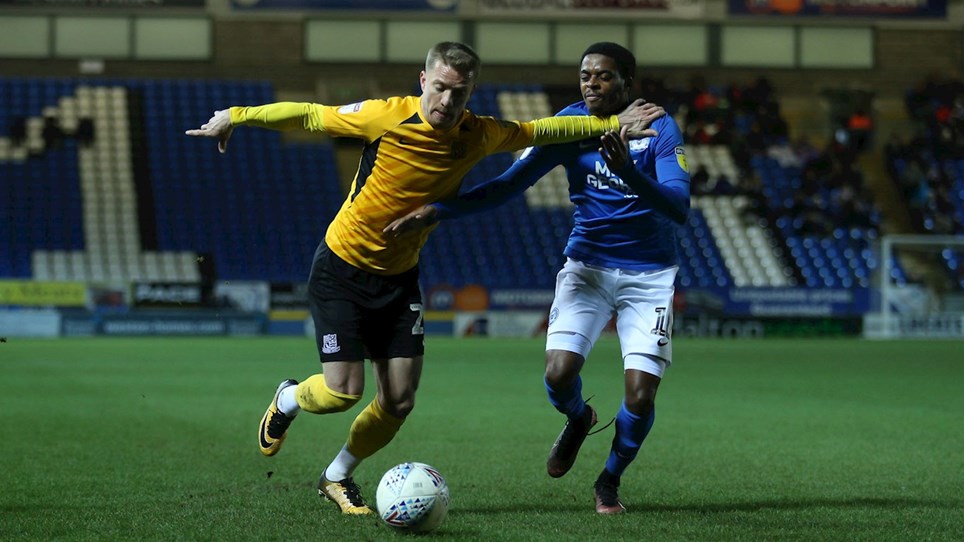 
Peterborough United’s second half blitz condemned Blues to a 4-0 defeat at the Weston Homes Stadium with goals from Siriki Dembele, Jack Taylor and a brace from Ivan Toney. 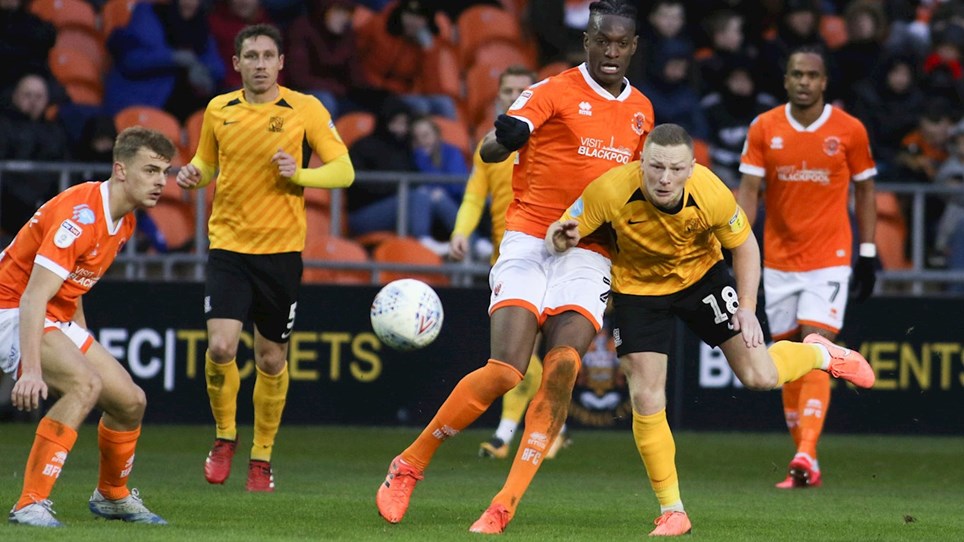 
Armand Gnanduillet’s double was enough to see off a spirited Southend United display as Blackpool beat Blues 2-1 at Bloomfield Road.