Goalkeeper Callum Taylor made a crucial second-half penalty save to help preserve a precious point for Southend United U18s against Peterborough United as they seek to earn a place in EFL Youth Alliance Merit League One later in the season.

Blues have two matches remaining in the South East Conference and they go into the fixtures knowing their destiny is in their own hands following a 1-1 draw at title-chasing Peterborough. Taylor guessed correctly to deny Posh goalscorer Brad Rolt after Tommy Lambourne had cancelled out the forward’s earlier effort during the opening period.

“I saw him look to my right corner – his bottom left – and I thought that there was no way he was going to put it there because he’s made it far too obvious,” explained Taylor afterwards. “He went for the little stutter as well, but I was halfway through the dive. I put everything into it, and the relief when I saved it was one of the best feelings I’ve had this season, maybe even my career. I had to make it up to myself, and I’m happy I did.”

“Some weeks we do look at penalties, but we never seem to have a penalty against us that week. This week we didn’t have any videos but, as he was taking it, I just thought it was a pressure moment and he didn’t have the desire to put it back across himself. I didn’t think he trusted himself. It was far too obvious he was going to put it in that corner, so I just stuck to it and made the save,” he added.

That pivotal intervention arrived in the 72nd minute, and the spot-kick itself was as a consequence of Taylor bringing Rolt to the ground. However, the Northern Ireland youth international quickly turned a potentially disappointing scenario into a moment of elation by springing to his left-hand side to push the twelve-yarder to safety.

“As the ball came through, I didn’t try to take him out,” he revealed. “I saw it and I didn’t think I was going to get there before him. I put myself in the block position and it’s probably a penalty, but I haven’t gone to wipe him out, I’ve just stood still. He’s clever because he’s played for it and run into me, but I’m sure our players would do the same.”

“I was frustrated as I knew he had played for it, but I just thought that I had to do my thing. I heard the boys shouting at me, but they weren’t having a go at me, they were telling me that it’s my time, that I could make up for the penalty and that I knew I could do it.”

Southend, who were managed by U23s coach Craig Fagan, were able to make five changes to the team that had been defeated in the EFL Youth Alliance Cup by AFC Wimbledon in their last outing. Second-year scholars Reiss Chandler, Sam Brogan and Freddy Eastwood were fit enough to start, with Charlie Kelman – fresh from his first-team equaliser against the Dons on New Year’s Day – also keen to get more minutes under his belt.

Kelman set up Bobby Unwin for a shot into the side-netting in the fifth minute as Blues made a bright start, but they were rocked in the tenth minute when Rolt gave the hosts the lead. The forward, who had scored four times against Leyton Orient in his last youth team outing, broke clear down the Southend left before driving into the penalty area and steering his finish underneath Taylor.

“I thought we started the game decently and we were on the front foot. We were playing mainly in their half and that was the first time they came forwards,” said gloveman Taylor, who also spoke about how he maintains a positive mentality after conceding an early goal.

“It was a good finish and a moment of quality but we also switched off. The reaction was good after they scored; we didn’t start crumbling and they didn’t create chance after chance and we got our own chances. I knew we would stay in the game because we’ve grown a lot since the start of the season. It’s down to the training we’ve had and the hard work we’ve done together as a group.”

“You’ve got to think of the team and make sure you do your own job and keep us in the game and not let the game get out of control. You think about yourself, and you want to play well no matter what is going on. That’s all you can do and hopefully, if everyone does the same thing, we will get the result and the performance we deserve.”

There was another anxious moment within seconds as Ergis Shala was called upon to make an excellent challenge to dispossess Rolt in the penalty area and, when Taylor missed his attempted clearance outside the penalty area in the 13th minute, he was relieved to see a Peterborough attacker shoot wide.

However, despite Rolt also dragging an effort across the face of goal, Southend were gaining in confidence at the other end and Kelman will be frustrated that he failed to direct a far post header into the net from eight yards out from an Oli Coker corner with Eastwood and Jimmy Wallace also in close attendance.

Kelman then picked out Coker with a first-time pass that led to a dangerous centre from the midfielder, only for Unwin to see his effort blocked out for a corner. Finally, in the 23rd minute, Blues hauled themselves level as a delicious left-wing cross from full-back Ahmet Biler was met by the outstretched leg of Lambourne, who directed the ball home from six yards out.

Eastwood, who was making his 50th youth team appearance, drew a tumbling save from the Posh goalkeeper shortly after the half-hour mark and, throughout the pitch, the visitors’ organisation improved as the opening period progressed, to the extent that there was just one more semi-opening for Peterborough, which was closed quickly by Coker’s well-timed tackle.

Lambourne had to be withdrawn at half-time as he was suffering from the effects of concussion, and the introduction of Cameron Brown bolstered the midfield. With Coker pushed on, Kelman was forced to plough a lone furrow up front and that led to some periods of isolation for the striker.

The former Bromfords School pupil had just one glimpse of goal in the second half as he chased down a raking pass from Unwin, but the goalkeeper read the situation well and got to the ball fractionally ahead of Kelman, who was then replaced by U16s front man Kenny Coker after completing 69 minutes.

Peterborough had progressed into the final third just once themselves, with an attacker unable to divert a right-wing cross the correct side of the left-hand upright, but they had a much better chance in the 72nd minute when Taylor brought down Rolt.

However, the custodian made amends and, despite the game becoming more stretched in the final quarter-of-an-hour and Eastwood smashing over from Kenny Coker’s cut-back, there was just one significant moment remaining as substitute Demaray Anyadike sprinted onto Brown’s through-ball and was denied by a superb stop by the Posh goalkeeper as he advanced one-on-one.

Taylor was satisfied with a point: “I think it’s a really tough place to come. We had a tough game against them earlier in the season and we probably gave them the game, but this shows how far we have come because we stuck together. They had chances and we had chances but we stayed in it and we got a really big point. If we’d’ve lost it could’ve cost us in trying to get into the top half, but now it’s in our own hands,” he said.

“As much as we wanted to go and win, and we had chances at the end, I was trying to keep the boys solid at the back because I knew that if we conceded it could’ve been tough for us to get into top half. It was vital that we stayed together and the boys did. We defended well, and maybe on another day we’d’ve scored our chances, but we didn’t concede and that point could be the difference,” Taylor concluded.


Norman Wabo continued his excellent form in 2017/18 with a brace as Southend United U23s swept aside a youthful Swindon Town team at Boots & Laces in the Central League South Division. 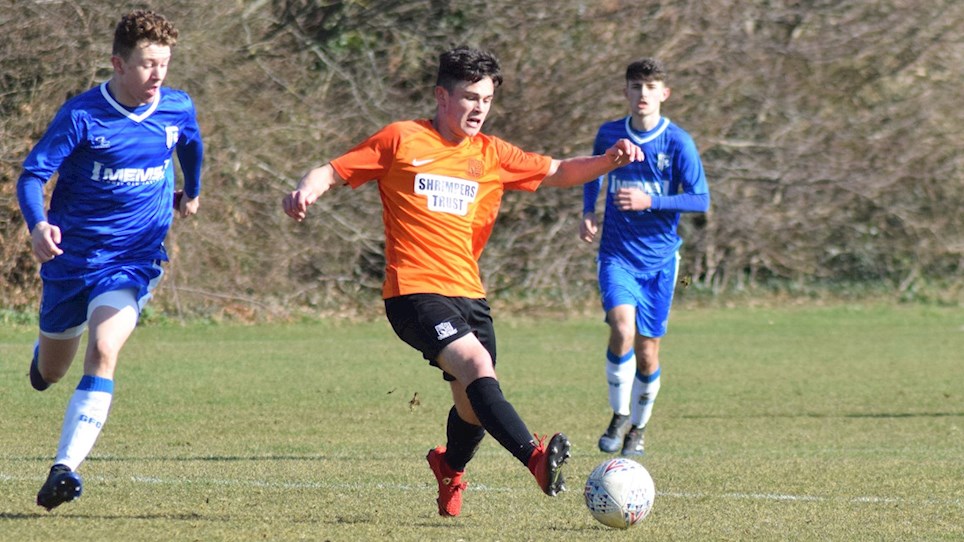 
Despite twice holding a first-half lead, Southend United U18s were defeated 4-2 by Gillingham in their first away fixture in the EFL Youth Alliance Merit League One. 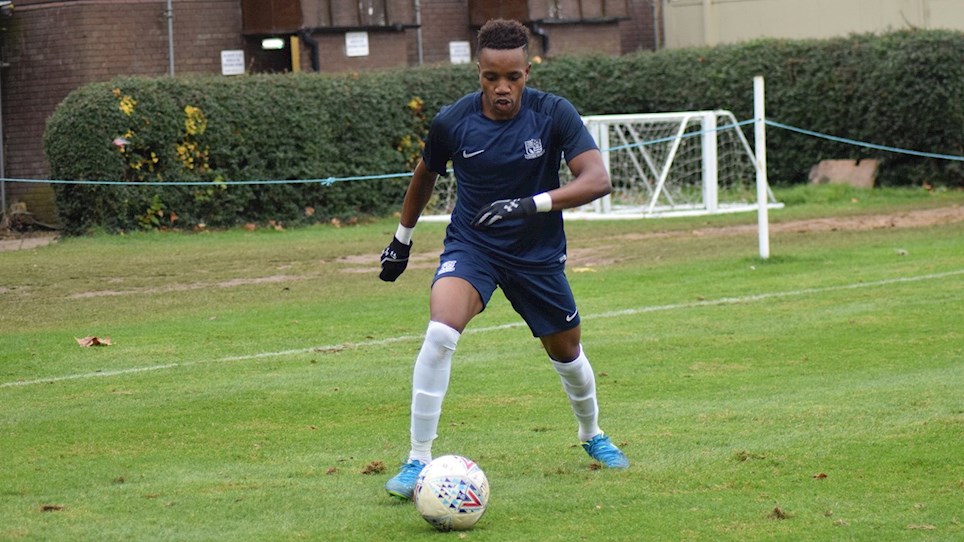 
Southend United U23s continued their excellent form in this season’s Central League Cup with a second victory in three matches to move to the top of the South Group A table. 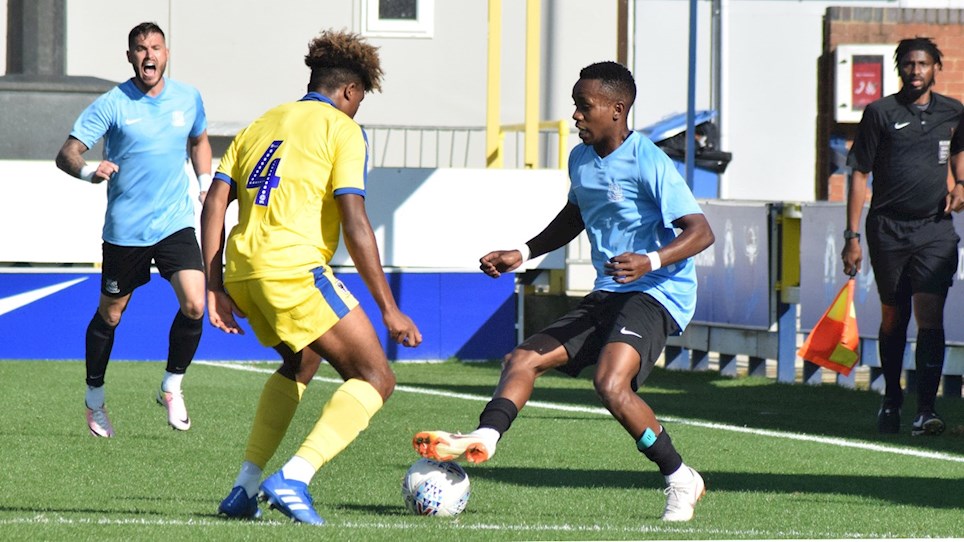 
Southend United U23s suffered a 4-0 defeat against a strong AFC Wimbledon side in their latest Central League South Division encounter. 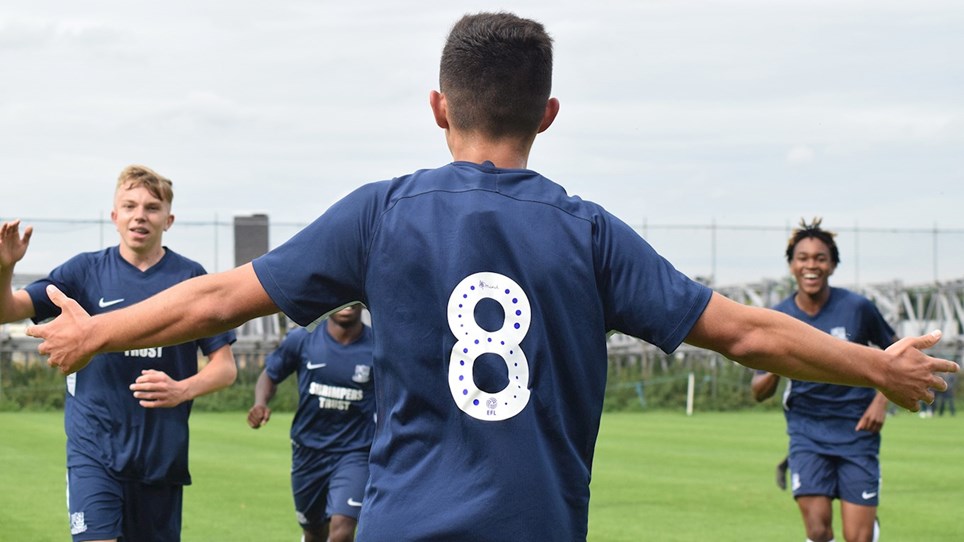 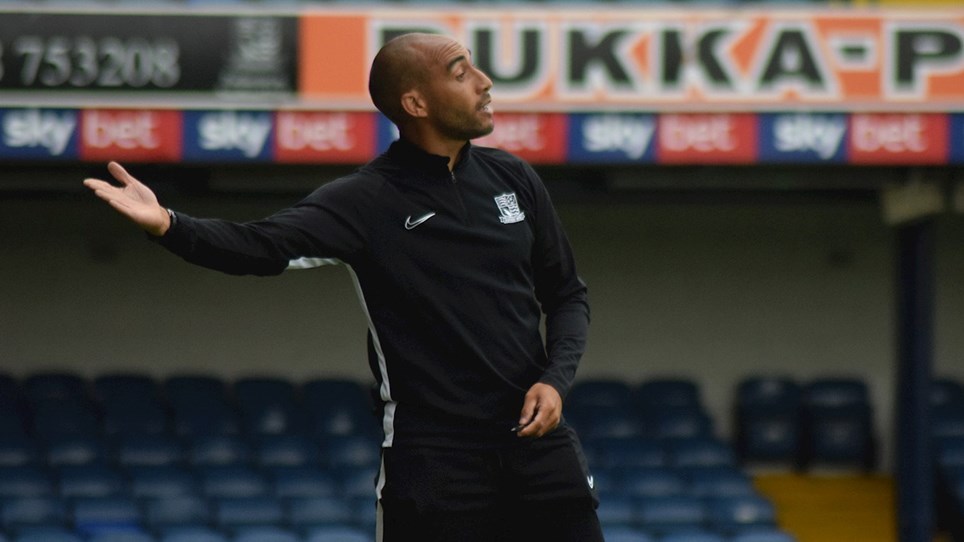 
Southend United U23s coach Craig Fagan was impressed with the way that his squad dealt with Peterborough United’s formation as they maintained their 100% Central League South Division record with a... 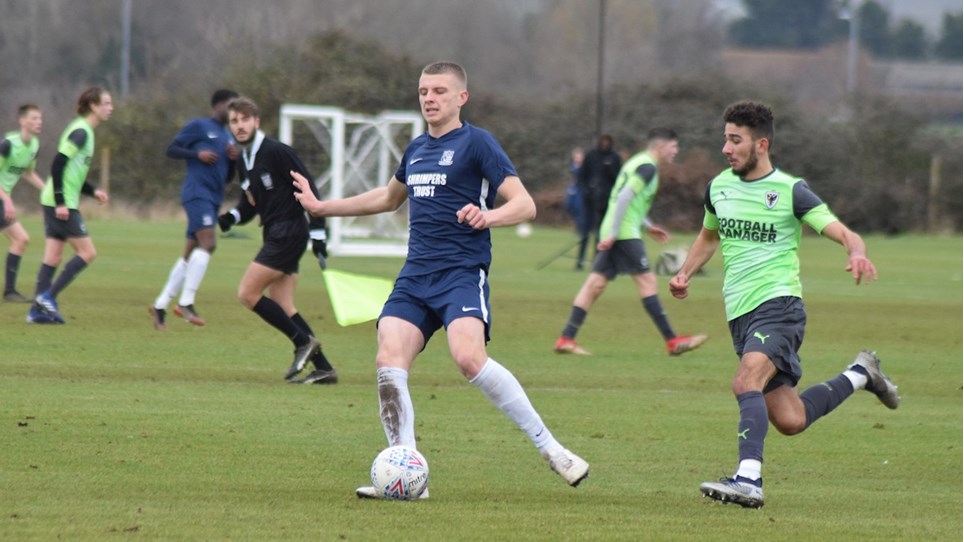 
Southend United U18s were knocked out of the EFL Youth Alliance Cup by AFC Wimbledon after a narrow 2-1 defeat at Boots & Laces on Saturday morning. 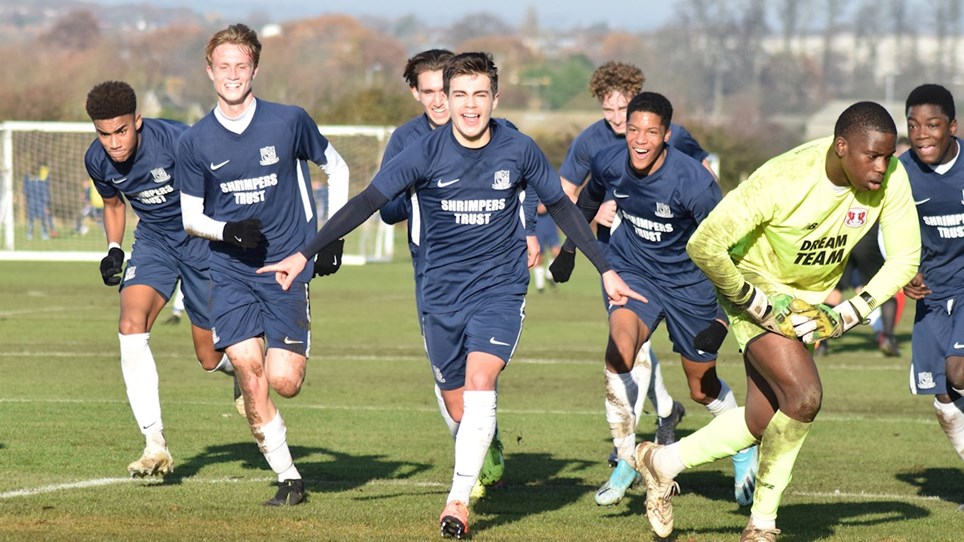