Mark Molesley’s side made the perfect start by taking the lead after just 24 seconds when Taylor fired the ball home from the edge of the area, but Grimsby responded well and hit the woodwork twice before equalising in first-half stoppage time through Ira Jackson Jr.

The Blues boss made a couple of changes at the break and it proved to pay dividends as Southend looked more of an attacking threat, although Molesley arguably wouldn’t have expected Clifford to stroke home Blues’ second of the evening to restore their lead.

Halford then grabbed Southend’s third with his header squeezing through the legs of Grimsby’s goalkeeper Sam Russell as Blues closed the gap to safety to just one point following successive league victories.

Late into injury-time, Grimsby saw their captain Luke Waterfall receive his marching orders for a second yellow card for a foul on Clifford, having been booked earlier in the half for foul on Halford, to compound a miserable evening for The Mariners.

With Blues on the lookout for their first back-to-back wins since October 2018, Mark Molesley made just the two changes to the side that beat Scunthorpe on Saturday with Kazaiah Sterling starting up-front in place of Simeon Akinola while Kyle Taylor replaced Alan McCormack in midfield.

Bringing in the on-loan Bournemouth man looked to be an inspired move as Taylor rifled Blues in front after just 24 seconds with a superb strike. Elvis Bwomono’s cross from the right came out to Taylor who teed the ball up before finding the bottom corner as Southend made the perfect start.

Ian Holloway’s side though responded well to that early setback and continued to push Southend further and further back as the half wore on, and the visitors went close to equalising on the quarter-hour mark when Ira Jackson Jr hit the foot of the post after a cutback from Owura Edwards.

Grimsby then hit the woodwork for a second time as Southend clung onto their advantage when Owen Windsor hit the crossbar for The Mariners. Felipe Morais’ in-swinging free-kick was met by Windsor whose looping header beat Mark Oxley but not the woodwork.

Southend needed the half-time whistle to come as Grimsby continued to pile on the pressure but they got their equaliser right on the stroke of half-time when Jackson Jr bundled the ball home in the fourth minute of stoppage time after Harry Clifton’s initial shot was saved by Oxley.

Molesley made a double switch at the interval with Sterling and Emile Acquah being replaced by Akinola and Terrell Egbri as Southend looked to turn the tide. And turn the tide they did as Blues would retake the lead before the hour mark through Tom Clifford.

The full-back finished off a smart corner-kick routine, straight from the Blues training ground, as Jason Demetriou cut the ball back to the edge of the area allowing Clifford to run onto the ball and stroke it home with his left-foot to restore Southend’s lead.

Blues had looked much the better team after the restart and were deserving of their lead, and they would put daylight between themselves and Grimsby with 15 minutes remaining as Greg Halford extended Southend’s lead in fortuitous fashion.

Halford’s signing had only been announced a little over an hour before kick-off but he made an immediate impact as he rose highest to head Clifford’s cross on target with the ball squirming through the legs of Sam Russell and across the line for Southend’s third of the evening.

Now with a cushion, Southend comfortably held off the advances of their opponents who would end the evening with 10-men as their captain Luke Waterfall was sent off for a second yellow card for a foul on Clifford.

The 2,000 Blues fans in attendance rose to their feet as the final whistle blew to cheer their side across the finish line, with the three points closing the gap to safety to just one point ahead of a trip to Mansfield on Saturday. 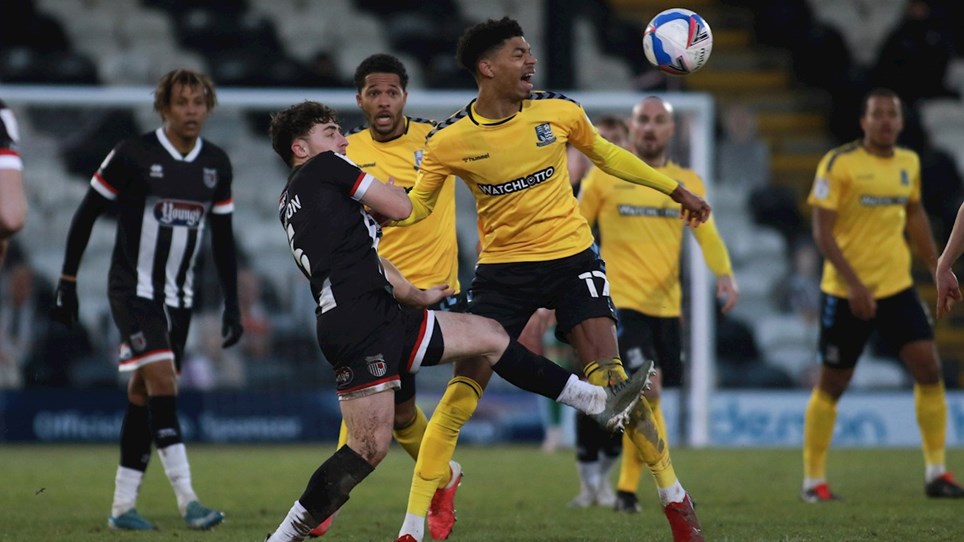 
Southend United and Grimsby Town ground out a 0-0 draw at Blundell Park. 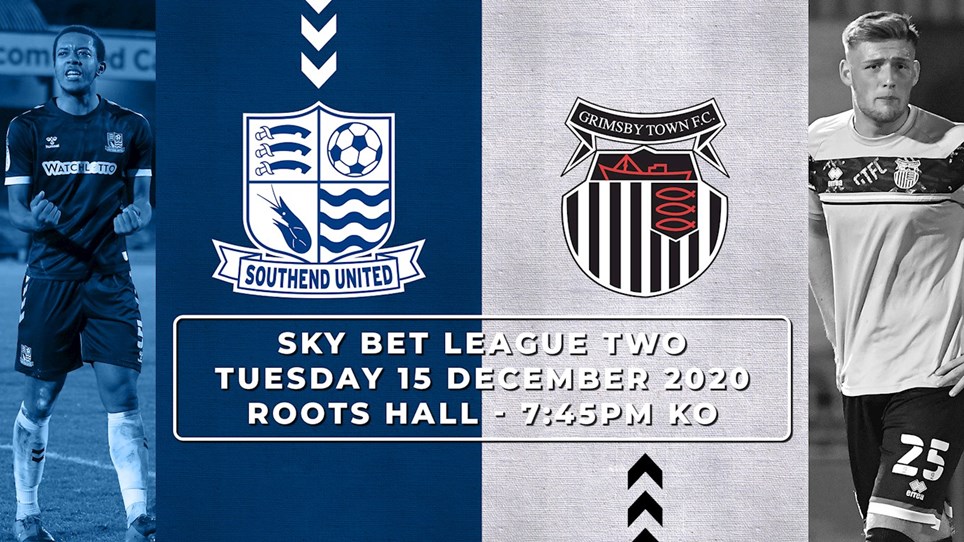 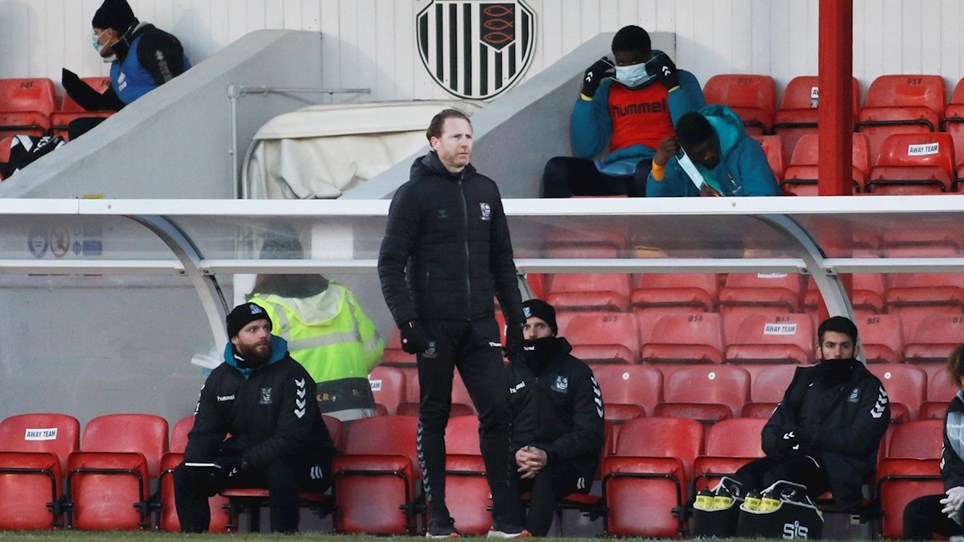 REACTION: MOLESLEY ON POINT AT GRIMSBY


Blues boss Mark Molesley said only time will tell if this afternoon’s point at Grimsby will prove to be a good one as Southend fought to a 0-0 draw at Blundell Park. 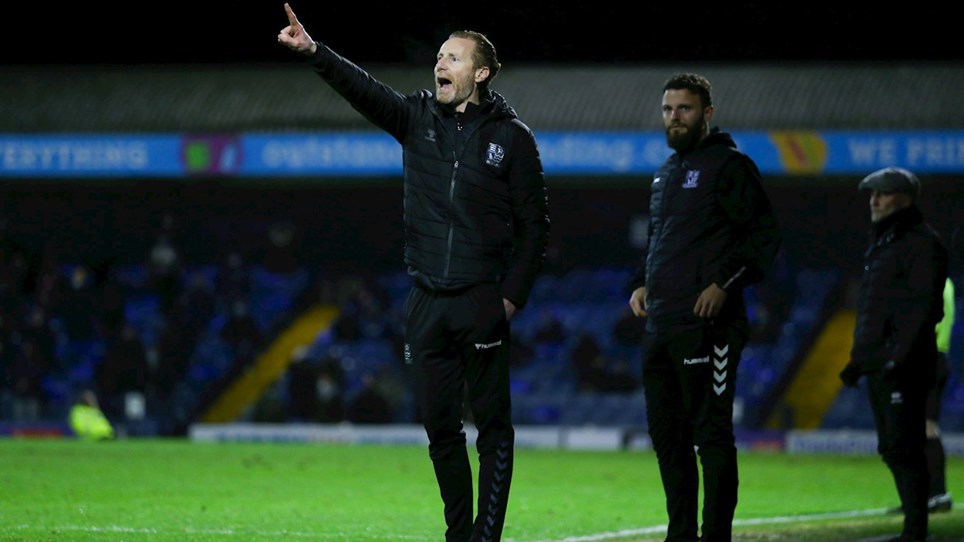 REACTION: MOLESLEY ON WIN AGAINST GRIMSBY


Mark Molesley was delighted with the response shown by his Southend side after a difficult first-half against Grimsby as Blues secured back-to-back victories for the first time since October 2018 with... 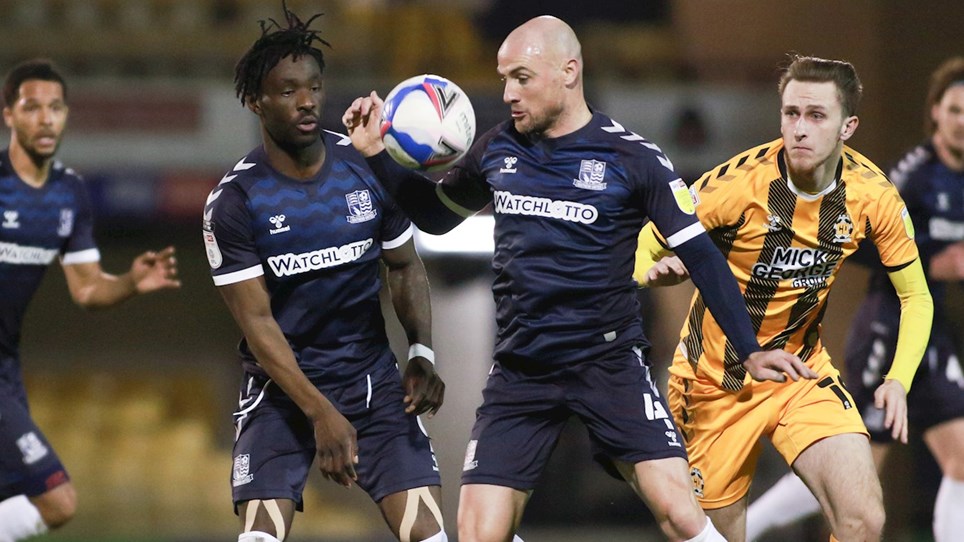 
Southend’s winning run at home came to an end as Cambridge United came from behind to beat Blues 2-1 at Roots Hall.


Southend United and Grimsby Town ground out a 0-0 draw at Blundell Park. 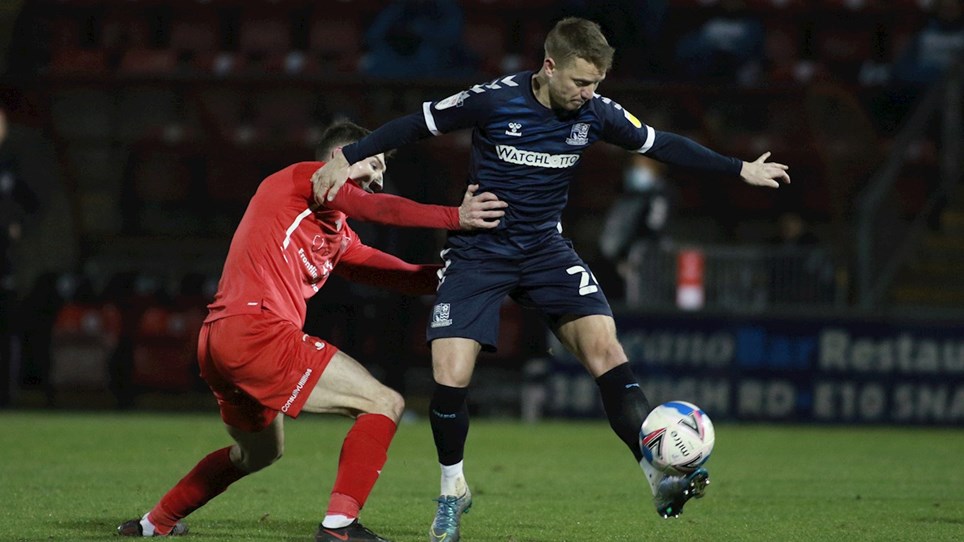 
Blues’ unbeaten run came to an end as second-half goals from Jobi McAnuff and Conor Wilkinson condemned Southend to a 2-0 defeat against Leyton Orient at the Breyer Group Stadium.