The 2018/19 season has been ravaged with injuries, the worst injury list in Southend United Football Club’s recent history, indeed in the knowledge of Chris Powell and others too at any club. This has proved hugely disruptive to the team selection and as a consequence a lack of continuity which we all recognise is key.

Chris has not been given the opportunity this season to prove his true worth to the club with a number of his summer signings unable to contribute.

Chris is a passionate man, certainly passionate about Southend United Football Club and, as is his remit to guide us back to the Championship… we all thought that to be a real prospect back in August. Whilst wages alone are not necessarily a reflection of success in football, the ability to pay higher wages obviously provides a greater choice in the transfer market. This season Southend United are 5th highest wage in League 1… it is assumed Sunderland are top, with Luton, Barnsley and Portsmouth representing the top 4.

Ben Clarkson (Head Physio) and his team have been working tirelessly to try and turn fortunes around and get the players back out there as quick as possible but, unfortunately, some of the injuries have been season ending, months and months of rehabilitation after operations.

A question I have been asked several times recently; “Do the players have their salary paid in full or is it like other businesses where they’re paid a fraction until full return?”

Working in football myself I was quite shocked at that question but for some, they won’t understand that whether a player is playing week in week out, 90 minutes per game or out injured for the whole season, their salaries are paid in full.

This instantly leaves the club in a worse position and the negative is soon doubled if we bring someone in on loan or a permanent transfer in their place.

For a prolonged period from December to March we have had over £20,000 a week worth of salaries in the treatment room. At any one time during that period over £1.0m of salaries are effectively redundant; little wonder performances have been less than we would have hoped for. This has necessitated ‘drafting’ in some of our younger squad members and who have performed well, however wider choice for Chris would have of course helped. 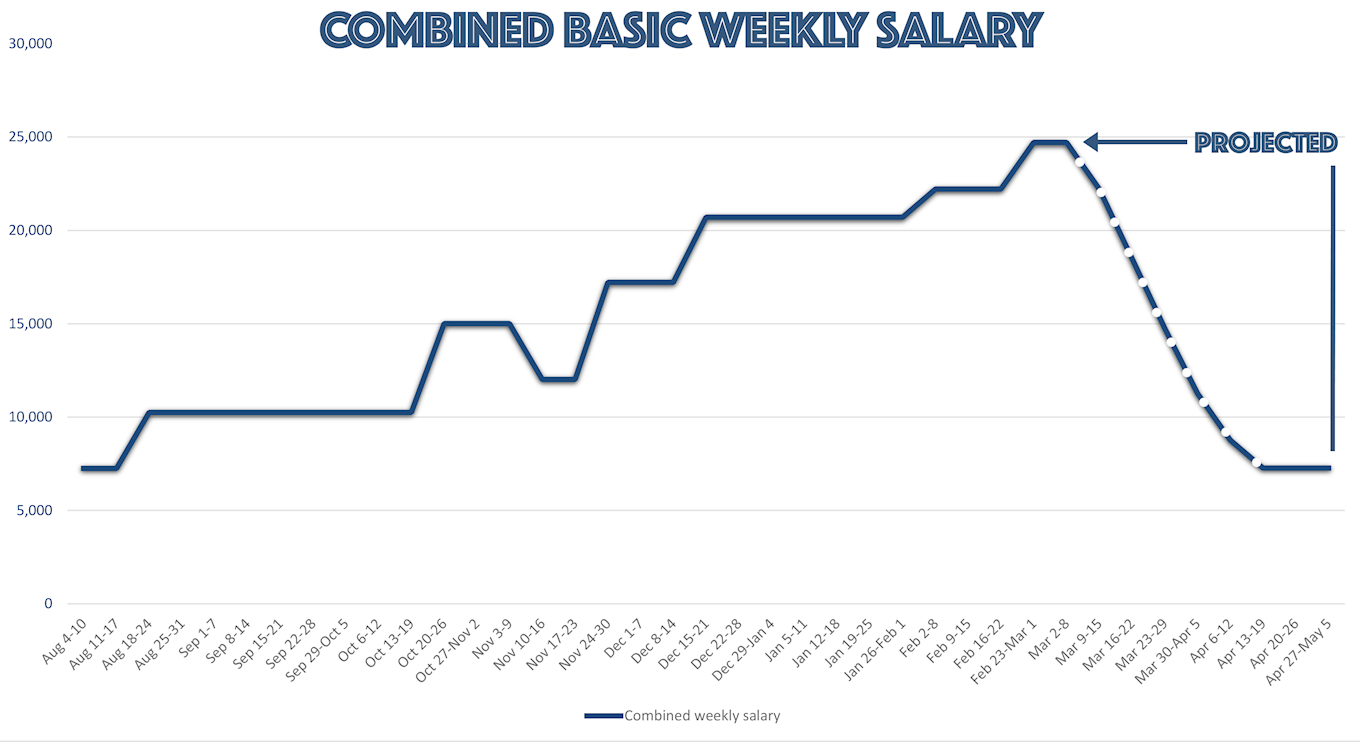 Blues fans have been great home and away throughout the season and with 11 games left we need your support more than ever as we look to finish the Sky Bet League One season strong.