Snapshot of his season

Simon Cox was keen to better his goal scoring tally from the previous season when he signed a new contract last summer and he certainly achieved that.

The 32-year-old striker was so important to Blues’ survival in League One, coming up with 15 goals in the league while ending the season with 17 in all competitions. Not only was he potent in front of goal, but his all-round game was at its usual best for much of the campaign as he contributed with six assists (seven in all comps), more than any other Southend player. That also put him amongst the best in the division and in the top 15 most productive players in League One last season, involved in 21 goals!

And just to further prove his worth, Cox came up with three matchwinners, more than any other player in the squad, although he was booked more than anyone else with nine.

His first of the season came in the 2-0 home win against Bradford City but he had to wait until the visit of Fleetwood over a month later for his next. That sparked Cox’s most prolific spell as he went on to score five in the next five, netting against Wycombe, Burton Albion and a brace against Gillingham in a 2-0 win.

One of his best goals was against Bradford in January, rounding off a nice move inside 90 seconds with the outside of his boot from 18 yards. But looking back, there’s no denying how important the hat-trick against Portsmouth was. Those three goals earned Blues a point, just how crucial that Blues stayed up on goal difference and level on points with relegated Plymouth.

Simon Cox’s stand out game of the 2018/19 season was at home to Portsmouth. After seeing the team go 3-0 down after just 31 minutes played, Blues were given a lifeline when the 32-year-old pulled a goal back in the 36th minute.

In the 78th minute Michael Kightly was brought down inside the box allowing Cox to step up and convert his and the team’s second of the game; 3-2 with just over 10 minutes to play and there was hope of salvaging something from the game.

The hat-trick goal was a thing of beauty. A lovely give and go with Timothee Dieng, the midfielder playing a blind ball with his back to play, and Cox was free inside the box to fire first time into the far top corner of the net.

Inside of the box goals: 15

Outside of the box goals: 0 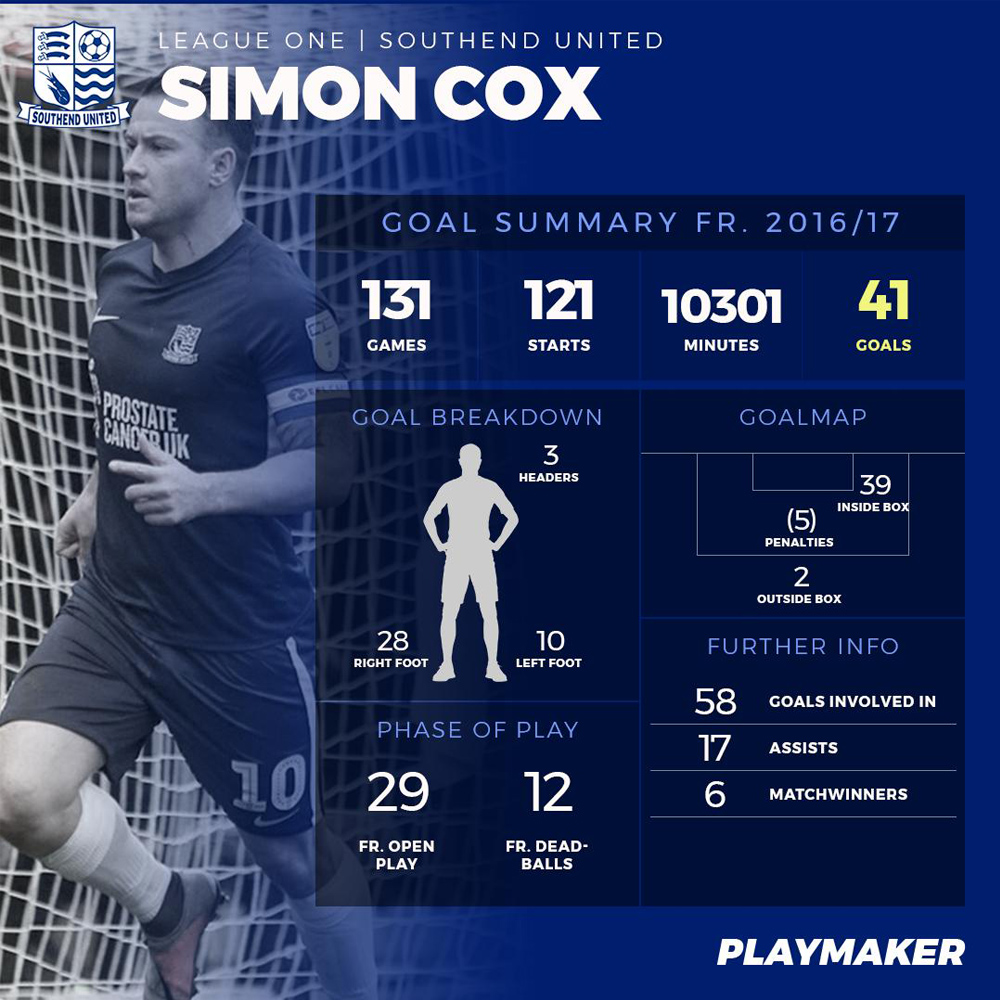