It is not often that we hear of a former Blue putting pen to paper to tell their life story, so when it does happen it’s a moment worth noting.

Derek Spence was brought to Roots Hall by manager Dave Smith in December 1979.

The blonde centre forward went on to score 34 goals in 109 appearances, including 21 goals when he was our leading scorer and Player of the Year in our record-breaking 1980/81 Division Four Championship winning team.

Derek, known to many as ‘Snowball’, is a great character and has had a varied and colourful life.

His story takes you from his humble upbringing in trouble-torn Belfast to his times mostly as a lower-league fully committed striker with the likes of Oldham, Bury and Blackpool.

He also had some interesting times playing for Olympiacos and with George Best in Hong Kong, plus won 29 caps for Northern Ireland.

“Derek Spence is an international” was heard ringing out many a time from the Roots Hall terraces. His book also brings you up to date with many a tale, both highs, and lows, from his life after hanging up his boots.

A Southend fan, who has helped him finalise his book and bring it to market, says that “Derek’s story is told with characteristic wit and passion by a man who is a true gentleman”.

We hope to get Derek back to Roots Hall in the New Year, armed no doubt with a few copies of his book, but for those who would like to get a copy now it is available both in Kindle and paperback formats which can be purchased here. 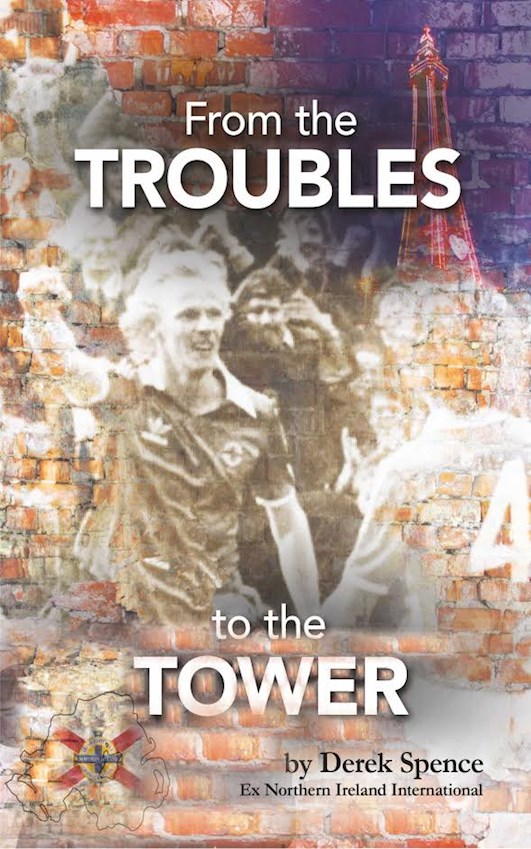