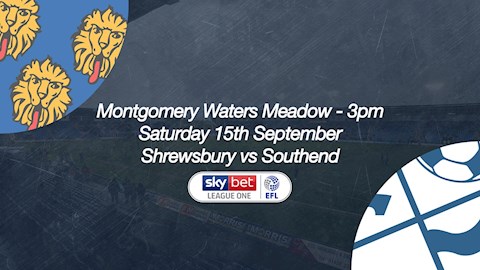 Southend United will be looking to bounce back from last weekend’s defeat to Peterborough as they travel to the Montgomery Waters Meadow to take on Shrewsbury Town tomorrow afternoon.

Blues have followed up their last two defeats with a win and they’ll be looking to keep that trend going as they take on a Shrewsbury side who have yet to claim a victory this season.

After reaching the play-off final in May, there’s been plenty of change at Shrews, but despite not claiming a win so far, John Askey’s side has been tough to beat, drawing five of their last six.

And with Shrewsbury having beaten Blues in all of the last three meetings between the two sides, they’ll be confident of turning their fortunes around when Powell’s Southend comes to town.

Ben Coker is in line to make his 200th appearance for Blues this weekend while fellow full-back Jason Demetriou is available again after returning from international duty with Cyprus.

Michael Kightly and Mark Oxley remain unavailable as they serve the second of their three-game ban.

Youngster Dru Yearwood is back in full training but is unlikely to feature, while Harry Lennon, Luke Hyam and Sam Barratt continue to be out through injury.

Shrewsbury will be without Abobaker Eisa for a couple more weeks as he continues to recover from a knee ligament injury picked up last month.

Back-up ‘keeper Steve Arnold is fit again and will take his place on the bench, while full-back James Bolton is also available again and will be fighting it out with Josh Emmanuel for the right-back spot. 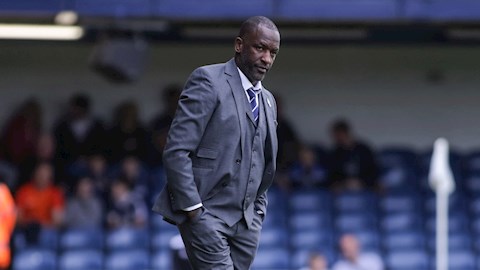 Blues boss looks ahead to Shrewsbury

“They had a good result last weekend against Portsmouth. They’ve got a way of playing at the minute and we have to overcome that.

“I know the stats in regards to wins, draws and losses, but ultimately League One you can’t call it. It’s whatever happens on the day.

“We’re going to have to make sure we put in a sturdy performance away from home like we have done at Bristol Rovers and Plymouth, where we should’ve really taken six points instead of four."

“They’re a good team. They get goals, they tend to play 4-4-2 and every game we play is going to be tough.

“Southend are one of the better teams in the league, but we have to concentrate on ourselves as always. Hopefully, we can dictate the game and come out on the right side.

“We need to keep the ball and create the chances that we have been creating. We are due to start putting our chances away, so hopefully, that comes on Saturday.”