Southend switch their attentions to the Emirates FA Cup for the first time this season as they host Crawley Town at Roots Hall, hoping to put to an end a miserable run of form in the competition.

Blues have failed to win any of their last four 1st Round ties and last year were dumped out of the competition by League Two side Yeovil Town at Huish Park.

Fellow League Two side Crawley haven’t exactly had the best of luck in this competition either, and since reaching the 5th Round in both 2011 and 2012, they’ve made it to the 2nd Round just once.

Both sides go into the game off of back-to-back defeats in the league, so they’ll both be desperate to end that run come Saturday and be in the hat for the 2nd Round draw on Monday night.

Blues boss Chris Powell has assured Southend fans that he will field a strong team for the visit of Crawley, that’s despite seeing his side suffer a number of serious injuries in recent weeks.

Striker Tom Hopper and defender Ben Coker were ruled out for the rest of the season prior to the defeat at Barnsley with serious knee injuries, joining midfielder Sam Barratt on the treatment table.

Powell though still has plenty of options with Simon Cox, Theo Robinson and Shawn McCoulsky all fighting for a place up front as Blues look to score their first goal in three games.

Crawley have midfielder Josh Payne and defender Bondz N’Gala available again after both returned from suspension last weekend, with Payne playing the full 90 minutes in the defeat to MK Dons.

Former Blues goalkeeper Glenn Morris is set to face his former club for the first time since leaving Roots Hall back in 2012, having previously spent two years at the club.

“Every fan I meet in shops, the petrol station and what have you, they tell me we haven’t had a cup run for a long time and we’re overdue.

“It was a welcome distraction from the league and it was welcomed. Initially, there’s a bit of interest but it does build round to round and I know what it can do to the football club and the squad, but also for the supporters and the town.” 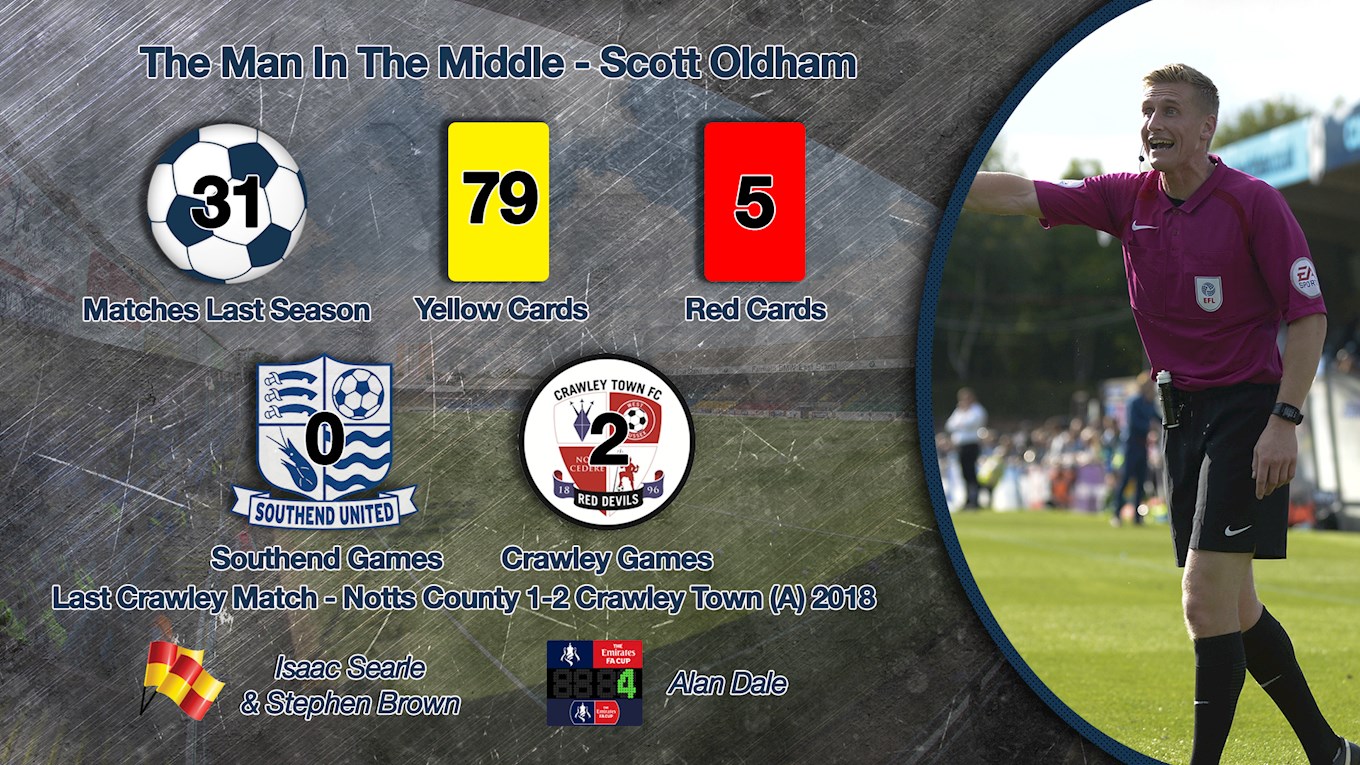 Sunday marks the Armistice Centenary, one hundred years since the end of the First World War.

Prior to kick-off when Blues face Crawley Town in the FA Cup we will be joined by the British Legion as we join clubs across the nation in paying tribute to all those connected to our clubs, towns and cities who have paid the ultimate sacrifice.

Before kick-off the Last Post will be played, after which we ask you to join us in observing a minute’s silence in their memory, which will start and end on the referee’s whistle.

We will remember them.