From bursting runs down the left channel at Roots Hall in his playing days, to now stepping out at the same stadium as manager of the football club.

Not even Powell could ever have imagined one day being in the seat he sits in at his Boots & Laces Training Ground office being interviewed for an article in the programme about his time as a player and his hopes as manager of Blues.

However, just shy of 30 years after first signing for David Webb, Powell speaks at length about that time in his life, how a quirky weekly ritual before each game came about, and how he is trying to create more history at the club.

Q: Although you didn’t start your career at Blues, it was where you made a name for yourself wasn’t it?

Powell: I started way back in 1986 at Crystal Palace and did the usual route as a schoolboy there, then becoming an apprentice and then a pro, which are all great milestones in any young player’s career. I made my professional debut at Palace, but ultimately, I always look back on my time at Southend as where I became a player.

Incidentally, I played against Southend for Aldershot on loan and we lost 5-0 at Roots Hall. I played wide left and got Man of the Match, so I must have impressed Dave Webb and Kevin Lock. Southend were on a high after being promoted that year from Division Four (Sky Bet League Two), so when I heard rumours of them wanting me I jumped at the chance.

At the time it went to tribunal because, even though I came to the end of my contract, Palace wanted money. I was promised a free and Vic Jobson and David Webb, once I decided it was Southend I was going to join, went up to London and Crystal Palace were awarded a third of any money if I moved on. Vic and Dave were happy because I didn’t cost any money and I filled a gap with Justin Edinburgh leaving to join Tottenham. That was the start of it. 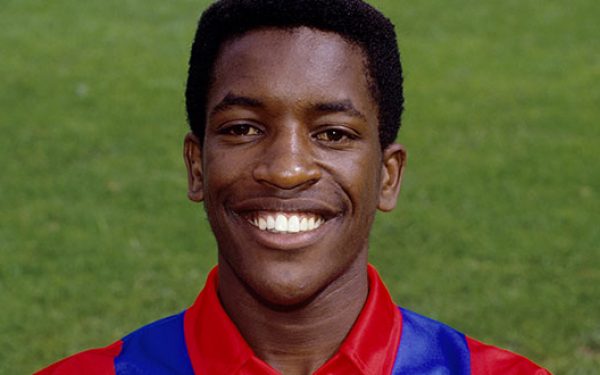 Q: What was it like working under David Webb?

Powell: We had a terrific camaraderie and a very simple way of playing, but actually every player was suited to his role. One thing I’ve learnt as a manager, which I learnt very early on, was we played a certain way and in those days, it was very straightforward.

The gaffer at the time was no-nonsense; you had to do your job, and if you didn’t do it you came out the team. That’s why he got the best out of us and it’s a trait I quite like. You don’t complicate it.

Everything about moving to Southend suited me. I was a left winger at Palace but they moved me to left back, so I had to learn to defend and the intricacies of being a left back. Doing that for Palace’s youth team and reserves was good, but it’s when something is on it and there’s a crowd there when it matters, and that’s what I learnt here at Roots Hall.

I was only 20 but you had to learn fast because the club wanted to go places. Dave was demanding and those attributes were great for me at the time. It’s all about timing, and the timing of me coming here under that astute management was key for me. 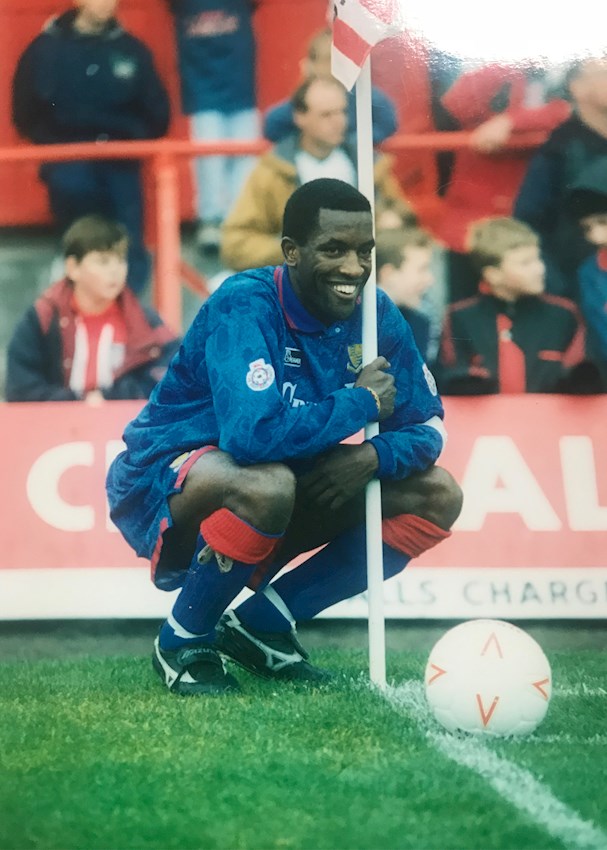 Q: Do you look back with more fond memories than bad ones?

Powell: Totally. It’s a bit surreal for me at the minute that in 1990 I walked through the door as a player and in 2018 I’ve come back as an elder statesman and now the manager of the club.

My first season, getting promoted, was terrific and then we really settled into the Championship as it is now. Sadly, Dave moved on and I embarked on a journey with Barry Fry, Peter Taylor, Steve Thompson, Colin Murphy, Ronnie Whelan; six managers in just under six years.

I nearly joined Manchester City, although it’s not the Manchester City that we’re seeing now. But I was really disappointed it didn’t happen. I carried on playing and eventually moved to Derby who were top of the Championship at the time.

We enjoyed ourselves, on and off the field - and the manager knew that - but I think he used that to his advantage. Most lads lived locally; there were a few from further away like myself, Andy Ansah, Keith Jones, Keith Dublin, but actually we bought into it.

We trained in Basildon at Gloucester Park, a couple of times we trained at Priory Park but got kicked off by the local council. But we came together.

There were tough times when we were in the lower reaches of the table, but we always got through it and pulled out a result. Along the way we had some real characters; the likes of Ricky Otto, Stan Collymore, Dave Martin among others, who were stand-up characters. They were a big part of my time here.

Even through the managerial changes, the connection between the team and the supporters was always there. We over-achieved, a bit like Burton Albion now. Looking back that was a wonderful achievement for the club at the time.

I got to meet so many good friends, the likes of Colin and Fred Unwin. Colin has been a Southend fan for over 50 years and his dad sadly passed away, but they came to every game. I know Fred would love to be here and see me as manager, but he’s with me every game.

I had a little ritual that I would do just before kick-off; my shirt would have to be hanging out, I had to do three jumps, wave to Fred and Colin, and then I could tuck my shirt in. Not too many people know about it, but Colin and Fred, who I wish was here now managing his team, knew about it. I had to do it.

It was almost my way of acknowledging them, knowing I had support if none of my family were there, and then I got on with the game. Colin has become a great friend and I know Southend is his life, so not only have I got a duty of care to the Southend supporters, but to him as well. 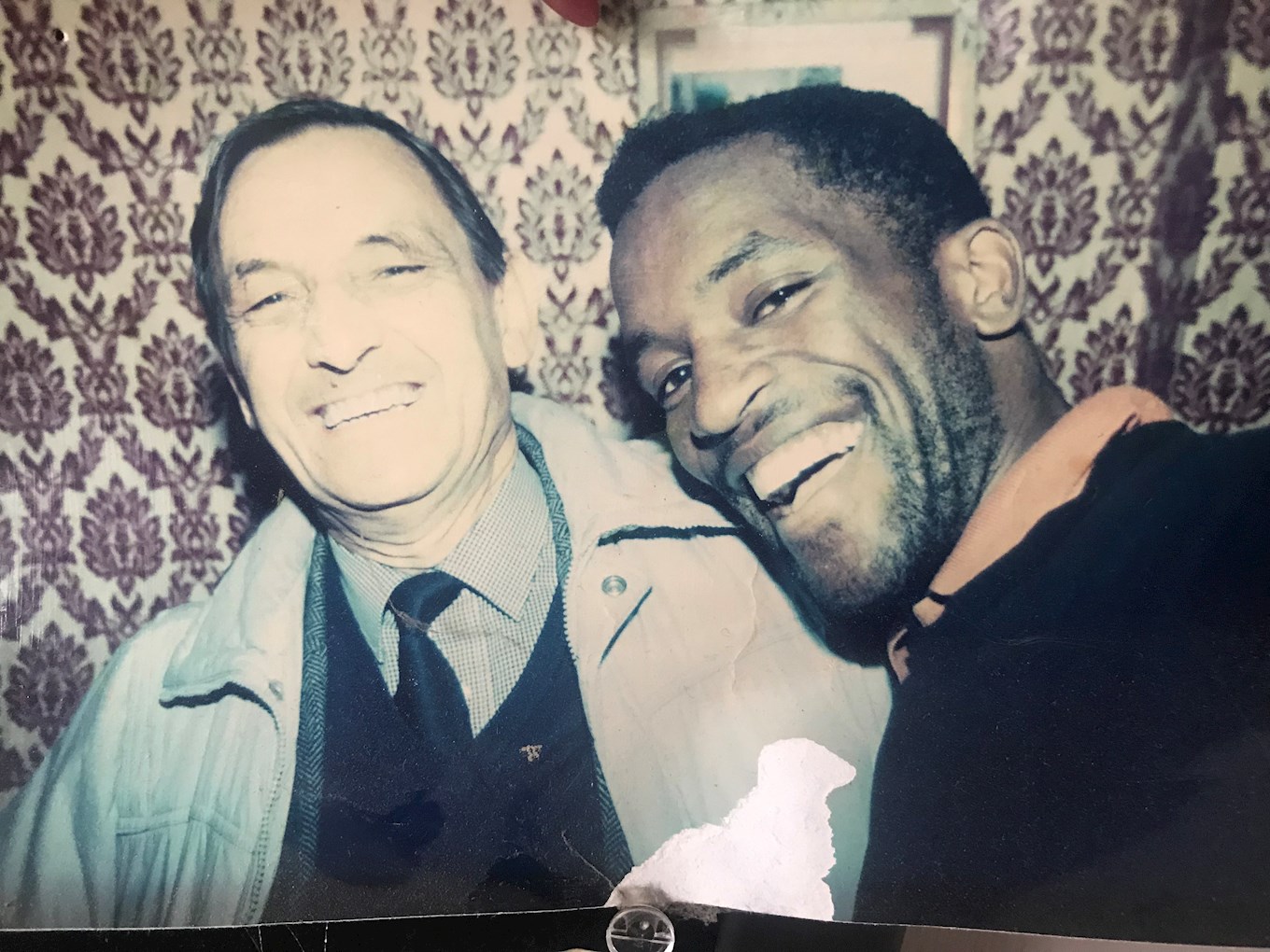 Q: And now there’s a bit of romance about the story that you are now manager having played in an era that a lot of fans remember with great memories when there was a connection between the community and the club…

Powell: Definitely. The club has been through it with Steve [Tilson] being manager, winning promotion and going to the Millennium Stadium for finals, but the fans that were probably in their 20’s back then, now they’re bringing their sons or daughters to the game saying ‘Chris was part of a great era in our time’. I understand that, but I was a player. I have to prove myself in a different way, just like I had to prove myself then.

You can become a hero but I understand that it’s different. You’re now the focal point and our fans want us to win. I have to get results to achieve what we want.

We have to try and win in a style, score goals and have clean sheets. At the minute everyone is seeing what myself, Kevin Keen, Damian Matthew, Lee Harrison and the rest of my staff are trying to do. This will be our 18th game and we’ve hit a lot of highs with the group.

We’ve pushed them, we’ve cajoled them, just as it was when I was a player here. I’m here for a reason. I’m here because I want to be here.

People will see me as part of a great part in Southend’s history, but actually I would like to create a new history with a lot of new fans that won’t remember me as a player, as well as the ones that do. I think that’s important for a club of our size and stature that we have a real synergy between management, players, and you guys, the supporters.

We know we’re not the biggest team, we don’t have the biggest ground or the biggest support, but what we do have are proper supporters who are with the team through everything. We’re a unique club and we have a lot of things going for us. Hopefully our future is really bright with regards to what we want to do and the community, and we want to the football club alongside that.