Special guests of the club on Saturday were two old friends, one a fan and one a player/Roots Hall legend. Both are part of the club’s fabric and long history. 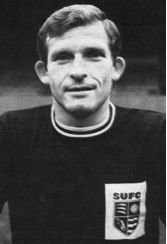 Tony Bentley joined Southend from Stoke in 1961 (in a deal that then enabled Stoke to re-sign Stanley Mathews!), and over the next decade the tough-tackling full back notched played 417 times which puts him fourth in our all-time appearances list.

During his time at the club Tony struck up a friendship with long-time fan Ray Sorrell, who has been supporting Southend since our days at the Kursaal back in the 1930’s. Ray still follows The Blues and, now aged 90, attended our recent match v Gillingham.

The Southend United Ex Players Association (SUEPA) have been in touch with Tony and Ray, and they have responded to a few quick questions that SUEPA asked them:

Q: Who was the biggest influence on your career at Southend?

Tony: Ernie Shepherd. He was an excellent coach, a fine manager, and such a likable man. We remained great friends up to his death.

Q: Who was the biggest character at the club when you played?

Q: Who was the best player you played with during your Roots Hall days?

Tony: John McKinven, a left winger who made over 300 appearances for us scoring many goals. John was another great player, a top guy, and a key influence on the field.

Q: What did you do after leaving Southend?

Tony: Before leaving I had a testimonial after five years and then a benefit match after ten years, the opponents on both occasions were my old club Stoke City. On leaving in 1971 I played for Folkestone and then Ashford Town. Whilst at Southend I was a woodwork PE teacher at Thorpe Hall School (my great friend Ray Sorrell had a son who attended whilst I was there). Additionally, I even ran a cafe on the seafront! I emigrated to Canada in 1974, but on visits back to the UK I have returned to Roots Hall many times and have always been made welcome by the club. 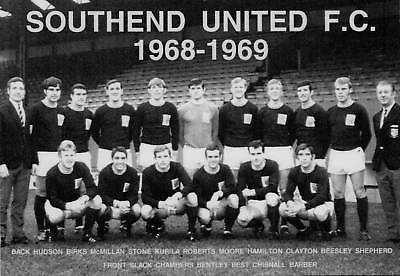 Q: What was the first match you attended?

Ray: The first match I attended was played at the old Kursaal ground in January 1933 v Torquay, my dad took me as a birthday present. I was five years old, and all I recall is my dad not being too pleased with me as I spent most of that match running up and down the main stand steps! The first match I remember clearly was at Grainger Road, Boxing Day 1935 v Cardiff City. It was a lovely day, not a cloud in the sky, and we won!

Q: When did you get to know Tony Bentley?

Ray: I first became friendly with Tony in 1963, we lived in Manners Way near Southend Airport, Tony lived just around the corner in Byrne Drive. Keeper Peter Goy kept his car in our garage and used to take me to home matches, he was friendly with Tony and introduced us to each other.

Q: What is your favourite Southend United memory?

Ray: This has to be the FA Cup tie v Manchester City in 1956. It had rained every day the week before the match and the pitch was just a quagmire, the game should never have started. I have never seen such a wonderful display of goalkeeping, Southend would have won had Bert Trautmann not made the most marvelous saves. 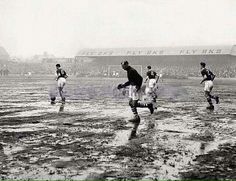