Southend United, Southend United Community & Educational Trust and The Shrimpers Trust are working together to raise £5000 for Blues supporter Liam Callaghan, and your help is crucial...

Liam, 24-years-old, suffers with Quadriplegia Cerebral Palsy and is in dire need of a power assisted wheelchair.

Many of you may have seen Liam at Roots Hall; especially those in the Fairfield BMW East Stand as this is where he has sat since his very first Southend game back in 1999.

Quadriplegia cerebral palsy affects all four limbs of Liam’s body, making it hard for him to walk for long periods of time, write and it also affects his speech; Liam was diagnosed with cerebral palsy before he turned one.

Since being diagnosed he has had the full support of his Mum (Maureen), who has cared for Liam through everything, even when the doctors told her that if Liam didn’t walk or speak by the age of five then he would never do either in his life.

Liam wanted to prove everyone wrong and that is exactly what he did. Liam has always loved football and in his younger days he wanted to play but due to his disability, it has limited his options.

When he insisted on going to watch a game of football at Southend United he was told that it was pointless and a waste of time as he wouldn’t experience the full atmosphere of the game.

That didn’t stop Liam and after several attempts, he was eventually taken to his first Southend game. From that day onwards, Liam has followed Southend United through thick and thin, as well as being a mascot on a number of occasions.

Over the years Liam has attended hundreds of games and read just as many programmes, which he has used to teach himself how to read, write, and speak at the age of six. 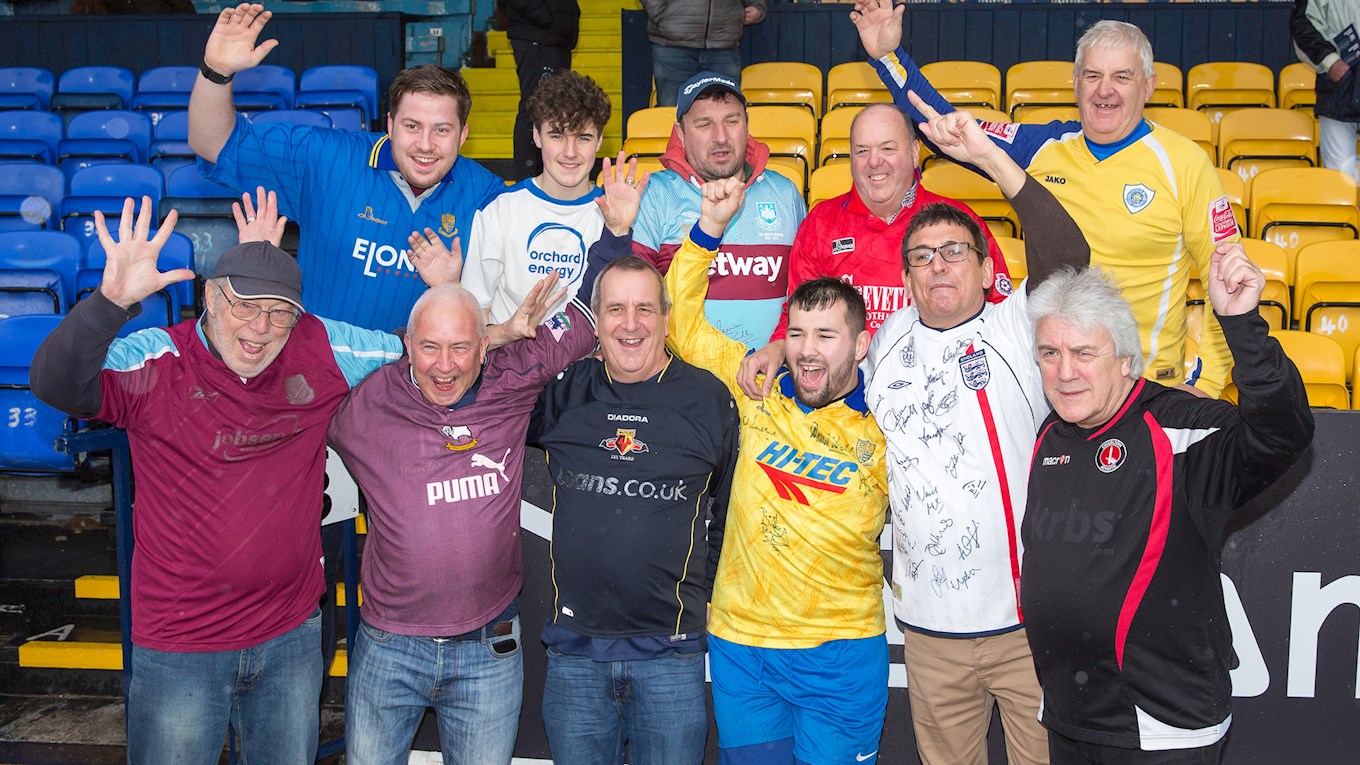 Liam continued to defy the doctor’s judgement and at the age of 12, he even learnt to stand.

He was also told that he wouldn’t be capable of taking his GCSE’s, but using the skills he had learnt from Southend, he managed to get G’s & F’s in all his exams, further dismissing the doctor’s predictions.

Liam’s love for both the game and the club has given him that encouragement needed to express himself and do things that he and others thought he would never do.

In the more recent years, life has become a struggle for both Liam and his Mum, and he is now becoming too heavy to manoeuvre around in his wheelchair on a day to day basis and simple tasks are now becoming much harder to complete.

Liam can use his wheelchair by himself, but due to his disability it makes it hard for him to push himself along and is having to use his feet to move the chair, which is a struggle when going uphill.

To support Liam; a fellow Southend United fan, you can donate as little or as much as you wish by clicking here to help Liam get the wheelchair he desperately needs.