Blues travel to Northampton Town tomorrow afternoon with both sides knowing they are desperately in need of a win following a recent run of poor form.

Southend have lost six of their last seven in all competitions and face the Cobblers off the back of successive defeats to Shrewsbury Town and AFC Wimbledon.

Jimmy Floyd Hasselbaink’s side currently find themselves entrenched in the relegation zone in 22nd place having picked up just two wins from their last 10 league games.

Northampton though do hold a decent home record against Phil Brown’s side, with Blues not winning any of their last four visits to Sixfields since a 5-2 win there back in 2012.

Team news ahead of Northampton Town

Southend’s injury problems are beginning to mount with midfielder Josh Wright ruled out for around a month after suffering a hamstring injury against Shrewsbury Town.

Skipper Anton Ferdinand will also be missing although Blues are still waiting to hear on the extent of his injury after he had a scan earlier this week.

Fellow defender John White is rated as 50/50 but Michael Turner is expected to return having been rested for the defeat against AFC Wimbledon.

Northampton will be without Lewis McGugan and Ryan McGivern after both were released by the club after their short-term contracts expired.

New loan signing Hildeberto Pereira will though likely feature for the Cobblers after the 21-year-old winger signed for the club from Polish side Legia Warsaw earlier this week. 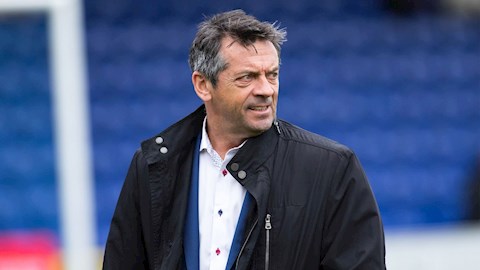 “The difficult part of any footballer’s life is when you’re not winning.

“But I see endeavour and I see players that are wearing the shirt with pride, wanting to go out there and prove themselves are good footballers and we’re still a good side. You have to work through it.

“They’re going through a tough spell themselves, they’re down at the bottom and we have to utilise that.

“It’s a good time to catch a team at the bottom that are in bad form, but they will be looking at us and thinking the same.”

“It’s a very important match and hopefully we will have a new face or two involved.

“Southend are a very strong side mentally and it could be quite an old-fashioned English game.

“They like to get teams on the back foot, we need to be able to cope with that and from our end we need to put them under pressure.”