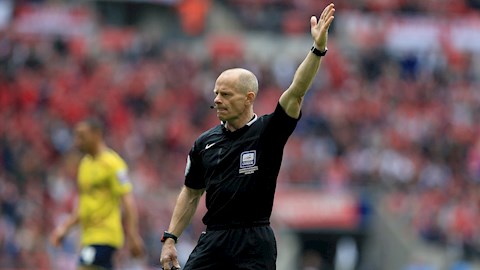 Powell has made an impressive start to his tenure at Roots Hall, becoming the first manager in 25-years to win his opening two games as Southend boss.

Ahead of him though is a clash against Paul Cook’s table-toppers and the Latics are in the midst of a 16-game unbeaten run which includes knocking West Ham and Bournemouth out of the FA Cup.

Mid-November was the last time Wigan lost with their form putting them above second-placed Shrewsbury Town and making them firm favourites for an immediate return to the Championship.

Team news: Powell assesses the squad ahead of Latics

Having named an unchanged line-up against Peterborough United last weekend, Chris Powell will be forced into at least one change ahead of Wigan’s visit after John White was ruled out for six weeks.

The defender suffered what looked like a nasty ankle injury in the 1-0 win against Posh and left the ABAX Stadium on a stretcher, with his injury being confirmed as ankle ligament damage.

His absence will likely mean the return of Anton Ferdinand to the back four with Powell expecting the likes of Anthony Wordsworth, Josh Wright and Sam Mantom to still be unavailable.

Wigan are expecting their top scorer Nick Powell to be fit and available come Saturday having limped off as “a precaution” against Gillingham in midweek.

New signing Devante Cole will be looking for his first start for his new club along with another signing Jamie Walker. Shaun McDonald and Craig Morgan will both miss out through injury.

“I suppose the pressure is on them because of where they are at and what they are trying to do. Maybe people are seeing them as the favourites and almost giving them the three points beforehand.

“I know Paul Cook won’t have that. I know Paul and have spoken to Paul over the years. But they are beatable, they have been beaten this year. We have looked at that - and, it’s at our place.