James and Olli regularly follow up on their promise to actively promote the community of Southend Businesses by attending at all the local networking events.

Their smiling faces and cheerful demeanour on the circuit have been well rewarded with box renewal rates at the club going from 40% to 85% this year!
So it was a pleasure for a group of us to return the favour and visit them in their home at Roots Hall for coffee and networking overlooking the pitch. 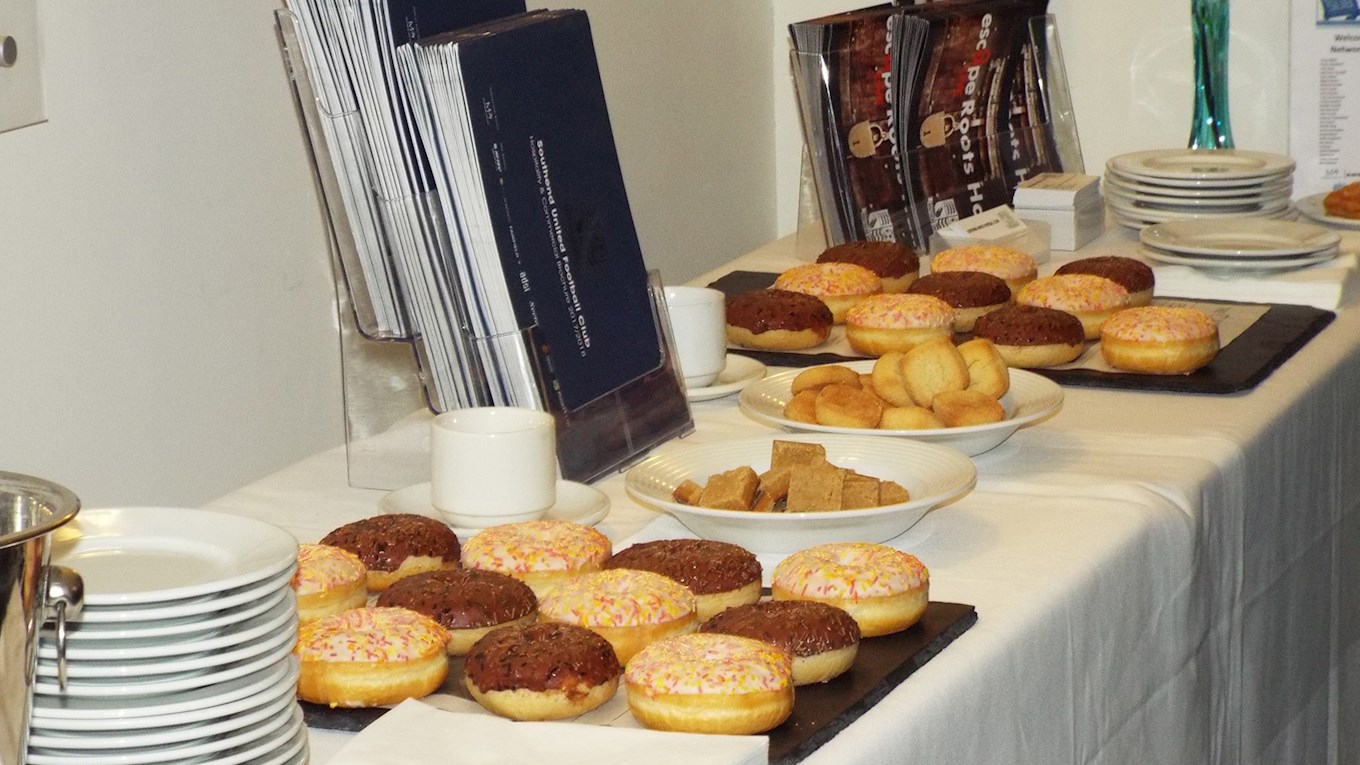 SUB Networking (Southend United Business Networking) showed that James and Olli were using all the lessons learned from other networking to ensure that their own event got the best possible results for the attendees.
To start with, we were all given a badge with our name and company in BIG letters plus a sheet with the order of events as well as the names and companies of the attendees.
A cunning plan
To avoid the usual game of roaming the room trying to surreptitiously ‘read’ name badges or having cliques of regulars with newbies left on their own, James had a cunning plan.
After waking ourselves up with coffee and pastries and some open networking, James welcomed us to the first event of 2018.
He then surprised everyone by asking the visitors to form a large circle around the edges of the room. 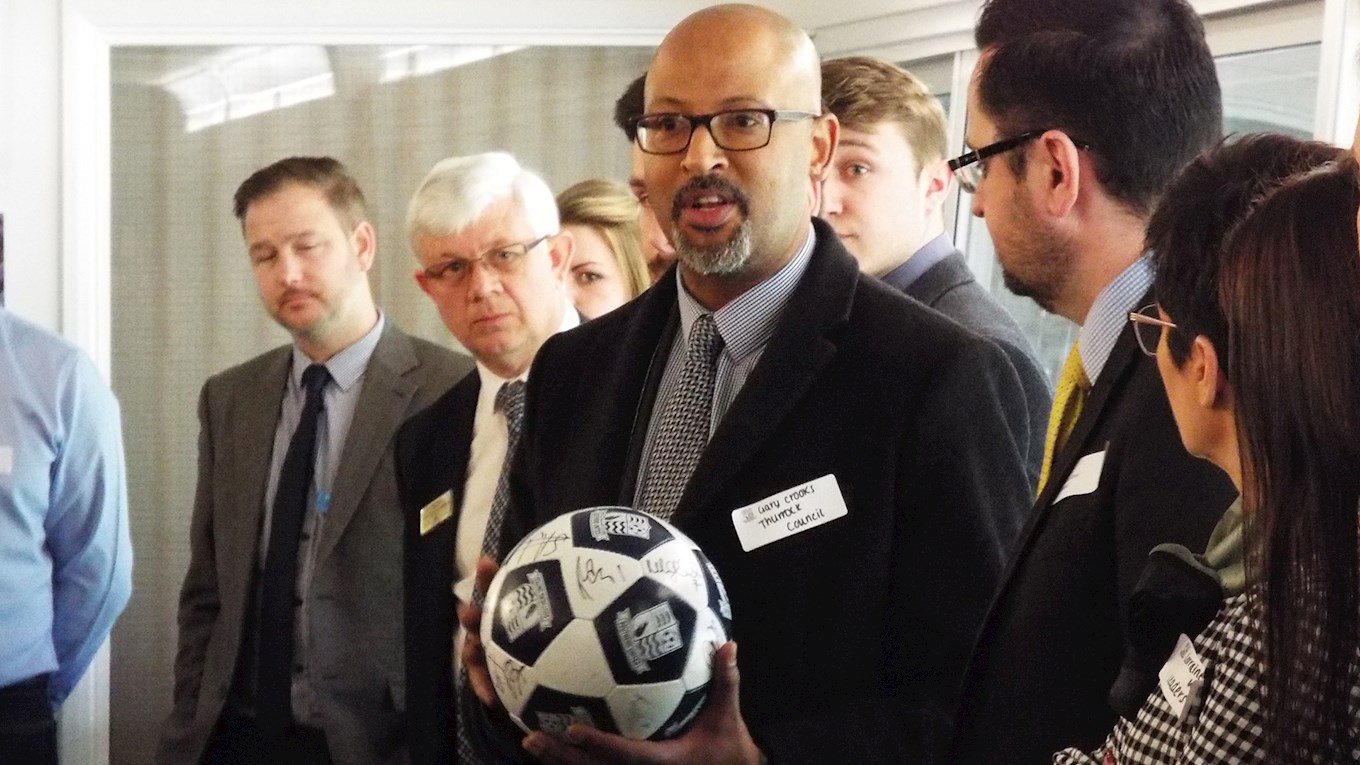 We had all put our business cards into a large ice bucket for the chance to win a football signed by the Southend United team members.
Before the draw, James put the prize to good use by using it as a prop to help everyone get to know each other.
Fortunately, early morning catching skills were not required as the ball was handed around the circle, allowing everyone to introduce themselves.
This simple activity really helped to break the ice as it was so much easier to identify who was who for the rest of the event – and also to understand what industries the many companies were in.
Coming from a company called Lollipop Local, I am often asked whether I sell lollipops or even lollipop ladies!  So this was a very useful feature. 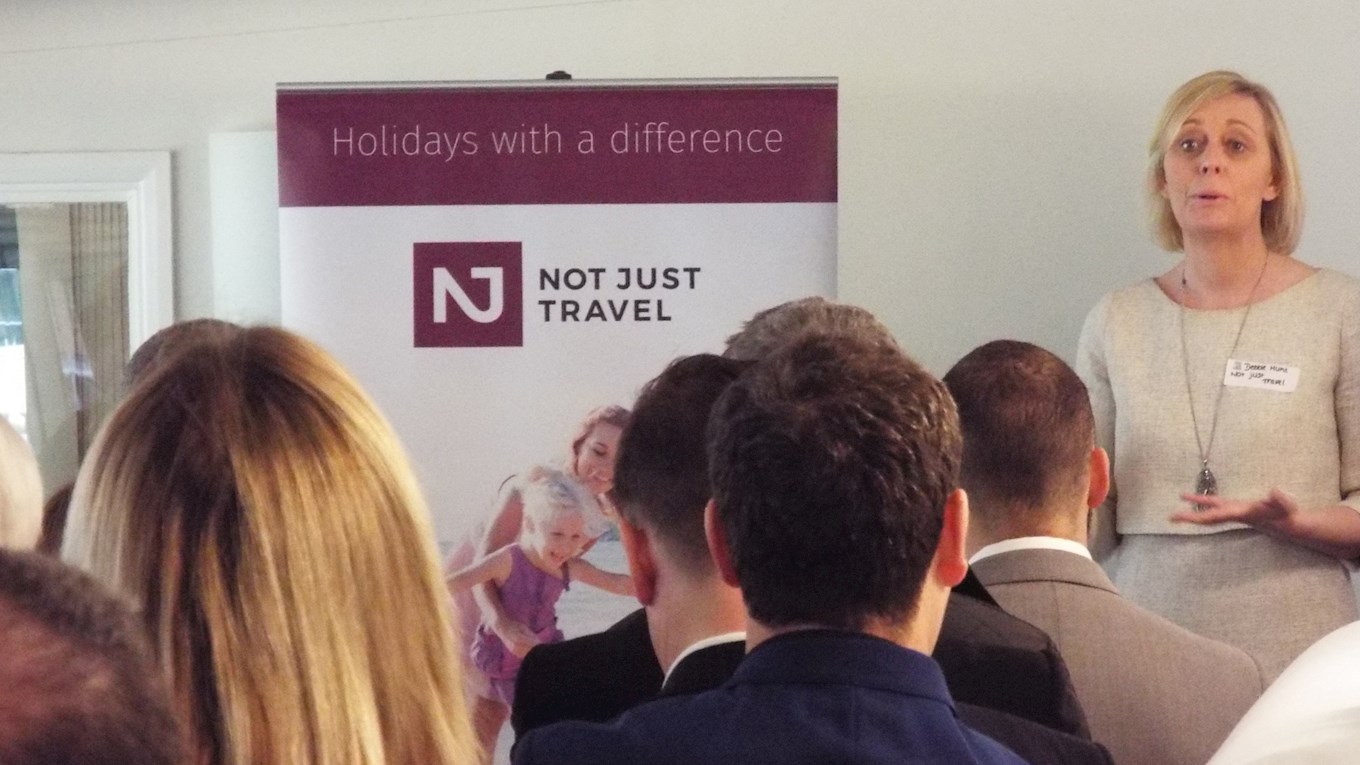 A word from our sponsor
Next, we heard from the event sponsors and 2017-2018  travel partners, Debs and Chris from Not Just Travel.
Whilst I am a huge advocate of the internet and digital generally, anyone who was travelling during the ash cloud debacle a couple of years ago will understand the benefits of getting a professional to organise your holiday or corporate travel rather than doing it yourself.
But it’s not just about that kind of protection, it’s about the vital difference experience and insider knowledge of a location can make to the smooth running of your travel plans.
And the winner is…
There was plenty of time for more open networking – with James and Olli acting as introducers to anyone who couldn’t match a face to a name from the ball introductions – before James invited me to draw the raffle. The winner of the signed ball was Jodie of Paul Robinsons Solicitors.
After some more open networking, the final whistle saw us wending our way back to the office clutching the business cards of our new connections.
I’m looking forward to the next event in April.
Jo Shaer is a regular local networker and the MD of Lollipop, a digital marketing agency based in Leigh-on-Sea, Essex. Can you spot her in the image below? 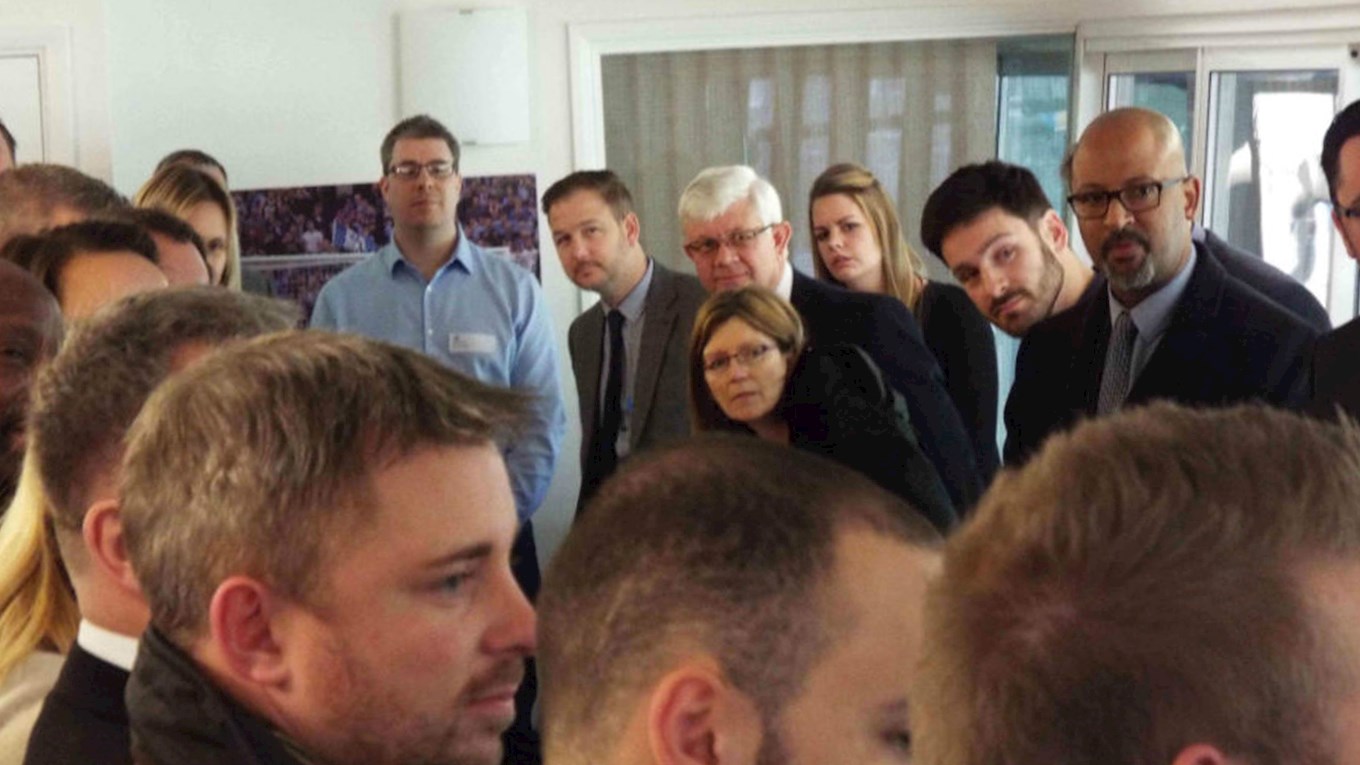