Powell has overseen three wins and a draw since taking over which has steered Southend away from the relegation zone and has them eyeing a place inside the top-half of the table.

In front of them, however, are a Portsmouth side who themselves have aspirations of climbing the table and potentially breaking into the play-off places as they go for successive promotions.

And Pompey will be backed by almost 2,000 fans that’ll be making the trip from the south coast in the hope of seeing Portsmouth’s first win at Roots Hall since August 1994. 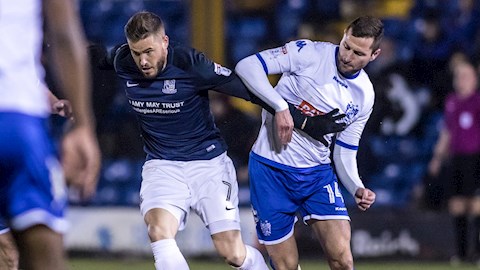 Southend look set to be without Michael Kightly for a couple of weeks after he was withdrawn at half-time in the midweek draw against Bury with a hamstring injury.

Jermaine McGlashan replaced Kightly on Tuesday night so he’ll be hopeful of a start come Saturday with Chris Powell also having both Josh Wright and Sam Mantom potentially available after injury.

Simon Cox should be available again having missed the Bury game on Tuesday night due to personal reasons, while John White remains out with an ankle injury picked up against Peterborough.

Brandon Haunstrup and Jack Whatmough are in line for a return to the Portsmouth line up after both came through a training game in midweek following knee injuries.

Pompey though continue to be without Stephen Henderson, Stuart O’Keefe and Danny Rose who all remain unavailable with thigh, groin and leg injuries respectively. 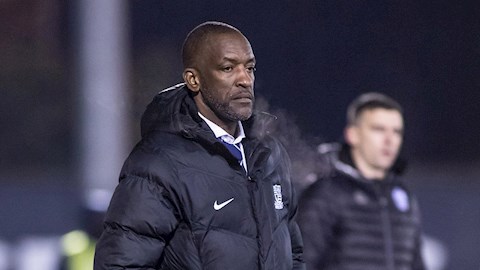 “They are a big club, they are rebuilding for the future. One thing they will never lose is that fervent support that they have - we are going to hear them a lot during the game on Saturday - let’s hope our fans drown them out.

“This is what it’s all about. We should be going in against these sides. We have shown that recently against Scunthorpe and Wigan at home. But this is our patch and we should be on the front foot and taking it to teams.

“When they may have a spell, we manage the game and the situation well. But you want the atmosphere, that’s what the players want. They want our fans out-singing and making noise - and we’ve got to give them what we have to do that.”

“It was a tight match at Fratton Park earlier in the season and we just edged it. I’m expecting something similar on Saturday.

“There are no easy games in this division – I know it’s a cliché, but it’s certainly true. You have to be ready to adapt.

“But if we aspire to get into the play-off places then we have to look to pick up points against everybody.”