Michael Timlin gave his thoughts ahead of Saturday’s game against Rochdale, speaking about the previous results, injuries and the squads mentality…

“We are frustrated about our last results as we feel as though we should have won against Plymouth and Gillingham,” he said. “We had done more than enough in terms of creating chances to score. 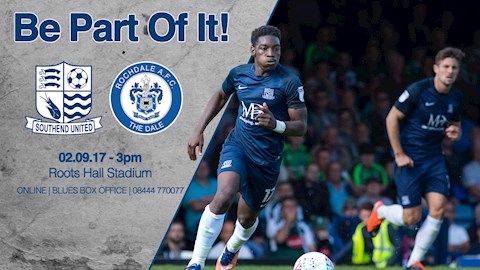 “If we had won those games we might have been sitting sixth in the table, but everything looks different after our results

“It’s very frustrating and because of that we are sitting 15th and those two draws feel like loses to us.

“It’s going to test the characters in the squad, but I believe we’ve got a good squad mentality and it’s about digging deep and sticking together.

“We have players that are able to step up to the challenge, and at the end of the day everyone’s got to be prepared to do whatever they have to do to make sure we get a result on Saturday.

“We always knew having a small squad this season was going to be testing at times and we’ve found that out early in the season. 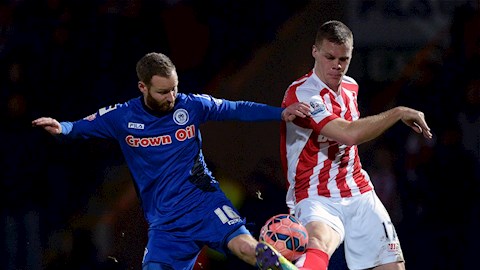 Rochdale visit Roots Hall searching for their first win of the season, despite challenging around the play-off places last season with Blues.

“We are definitely going into the Rochdale game making sure we go into it with the right mentality, and that is to go and win and make sure we don’t get beat,” Timlin added.

“We are at home, we have our fans behind us and we can’t go in there with a sheepish attitude, whatever team the gaffer puts out every player has to make sure they do the best they can.

“If we weren’t creating chances, everyone would think there’s something wrong and that we’re not clicking as a squad, but all we need is the boys to start firing, and that’s not just the strikers its everyone.

“It’s testing times and that’s how it’s going to be and its down to us to make sure we rise to the challenge.”