Blues make the long trip up to Lancashire tomorrow afternoon as they take on Fleetwood Town in League One action, looking to put an end to their nine-game winless run.

The record books though suggest otherwise as on all four occasions that Southend have played at Fleetwood’s Highbury Stadium they have drawn, including last season’s 1-1 stalemate.

Despite improved performances, Southend haven’t been able to score a maximum since the opening day and they face a Fleetwood side looking to react to their 4-1 thumping away at Portsmouth.

Uwe Rosler’s ‘Cod Army’ have yet to taste defeat at home this season however with three wins and a draw from their four league games on home soil. 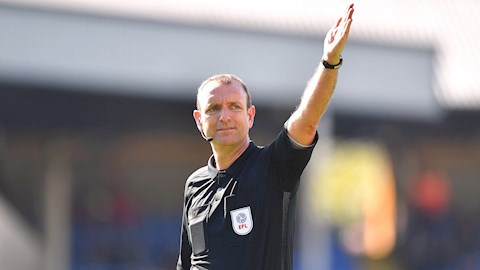 Josh Wright goes straight into the squad for the trip to Fleetwood having signed for the club last weekend following his release from Gillingham.

The former Gills midfielder played 75 minutes for Blues’ u23s in midweek and Brown may look to partner him with Anthony Wordsworth who made a scoring return last weekend.

Nile Ranger is available as his 7pm curfew ends today with John White returning to the squad after missing the last two matches with a groin strain.

Fleetwood will be without midfielder Kyle Dempsey as he serves a one-game ban after being sent off in last weekend’s 4-1 defeat away at Portsmouth.

Colin McAleny could play a part for Fleetwood as he is eased back into the side following a month out with an ankle injury. The striker played 45 minutes at Fratton Park last Saturday. 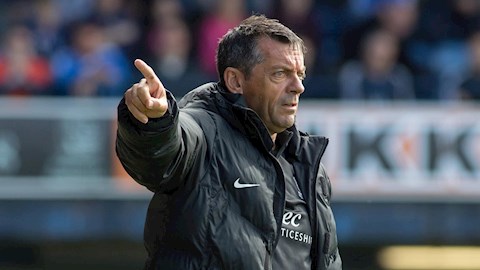 “I’m now getting the good kind of headaches and that’s who to pick not who’s coming out of the injury room.

“I know Phil and especially Brian Horton – my former manager who signed me at Manchester City – and the games last season, especially at home, were very competitive.

“We was actually fortunate to get the equaliser which was a big point for us as it kept Southend at distance for the playoff places.

“Southend is a club with a different model to us, which is interesting. They are getting a lot of experienced players who are in their prime of their careers with a lot of games under their belt and have good game management. We are completely the opposite.”

Tickets are on sale from the away end at Highbury Stadium for Blues fans to purchase tickets - cash only.

Prices on the day don't increase.