Southend United are delighted to announce defender Elvis Bwomono has signed professional terms on a three year contract with the option of a fourth.

The 18-year-old made his first team debut in the Checkatrade Trophy against Gillingham in August before making his bow in Sky Bet League One in the 0-0 draw with Rochdale.

Following impressive performances deputising for Jason Demetriou, the right back continued to flourish upon the Cypriot’s return from international duty by keeping his place in the side against Charlton Athletic.

Bwomono has gone onto make six first team appearances so far this season.

After signing his contract, Elvis said: "It's just wonderful. It's something since I was a kid that I wanted to do and have always dreamt of.

"For it to finally be happening for Southend and for the club to see me as someone who is good enough for a professional contract is very pleasing.

"It's a warming feeling that Southend have given me a contract.

"Since I was about five or six I have been playing football and it's a testament to my mum and dad and everyone who has helped me."

Saturday's official matchday programme for the game against Bury will have an in-depth interview with Elvis talking more about his contract and the sacrifices he made to achieve his dream. 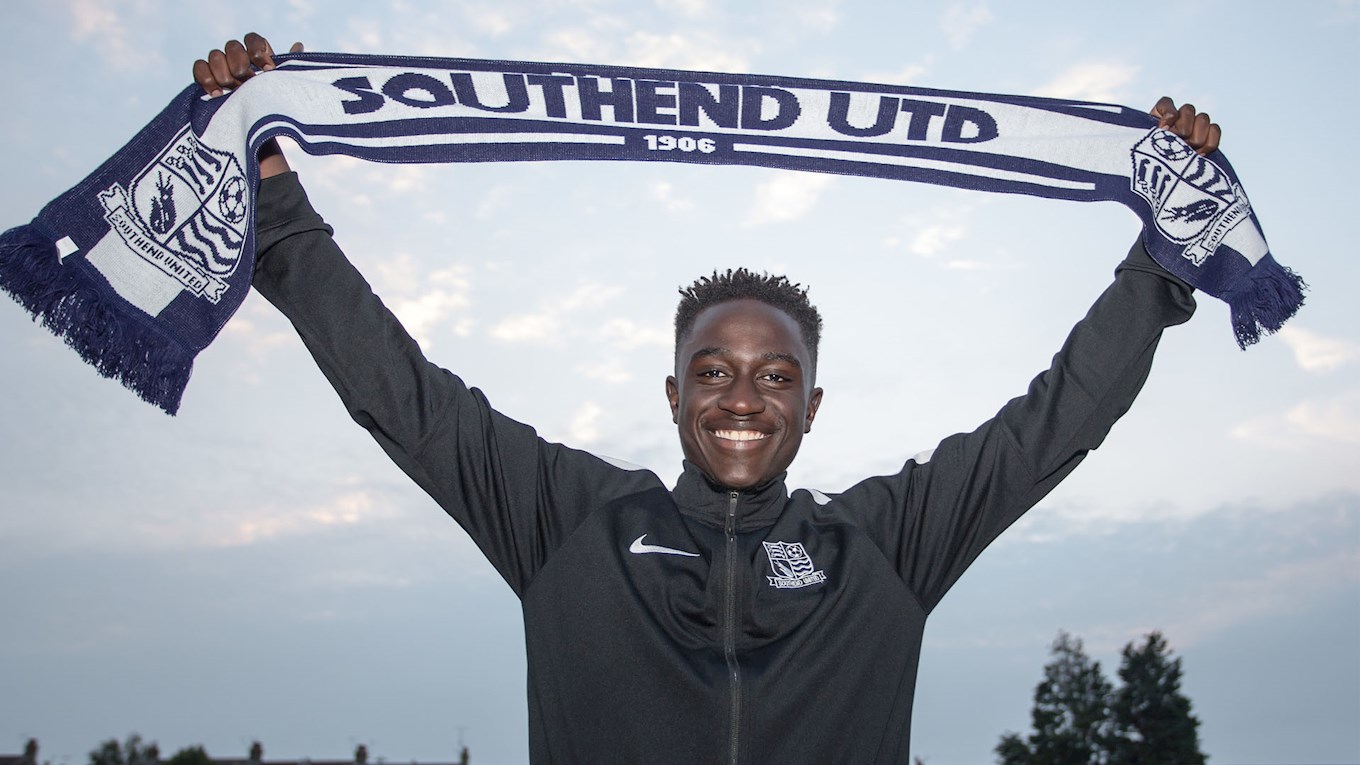