The trip to the south coast is the first of three games in what boss Phil Brown described as a “massive week” for the club who travel to MK Dons in midweek before hosting Oxford United.

Portsmouth, promoted from League Two last season, welcome Southend off the back of a 3-2 win away at Blackpool last time out and find themselves one place above Blues on goal difference.

But Pompey will no doubt be well aware of their recent poor record against Southend, with Blues having won all five of their most recent meetings, with Pompey’s last win coming in 1996. 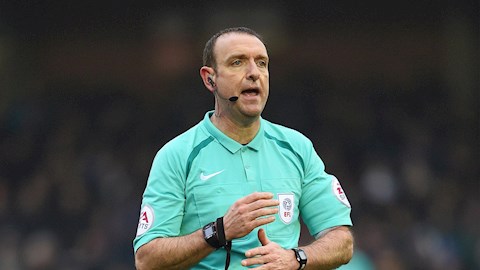 Southend have Jason Demetriou back available after he missed the Checkatrade Trophy game against Colchester United whilst away on international duty with Cyprus.

Nile Ranger has declared himself fit after an ankle scare. The striker described his ankles as “made of chocolate” in a recent interview with the Echo but believes he’ll be available come Saturday.

Michael Turner made his long-awaited debut against Colchester and will be pushing for a first league appearance, whilst long-term absentees Ben Coker, Rob Kiernan and Ted Smith, who sustained a hyper-extension of the shoulder, remain sidelined.

Pompey will be boosted by the returns of both Nathan Thompson and Stuart O’Keefe after they missed last weekend’s win at Blackpool through suspension.

Kenny Jackett’s side have no new injury concerns, but will still be without Milan Lalkovic, Damien McCrory and Jack Whatmough who are out with Achilles and knee injuries respectively.

“There’s lots to admire and like about the performances of late, but more importantly the three clean sheets, and that’s something we have to go into Fratton Park on Saturday.

“They are capable of scoring goals, but so are we. We will be buoyed by nearly 1,500 supporters from Southend United, so we have to put a big performance in. This is one of the big games.

“This could be a turning point of the season and as far as I’m concerned, it’s a massive week with two big away games and then back to Roots Hall against Oxford United.”

“They had a good go at getting into the play-offs last season and were close to doing it, so I’m sure they’ll have similar aspirations again.

“Southend have an experienced manager and players, so it will be tough, but there are nine points up for grabs in the next week and we want to take as many as we can.

“There are different hurdles to clear in this division and we want to be able to match any opponent we face."