Southend United make a quick return to league action this evening as they make the relatively short trip up the M1 to take on MK Dons at Stadium MK.

Phil Brown has asked for a reaction from his side following their 1-0 defeat to Portsmouth and he’ll be hoping for a repeat of last year’s visit to Milton Keynes which saw Blues run out 3-0 winners.

Robbie Neilson’s Dons lie one-place above Blues in the table by virtue of conceding one less goal than Southend, although they have played one game more.

And Dons will welcome Southend in good form having not lost in their last four in all competitions, including grabbing an injury-time equaliser at Charlton Athletic on Saturday. 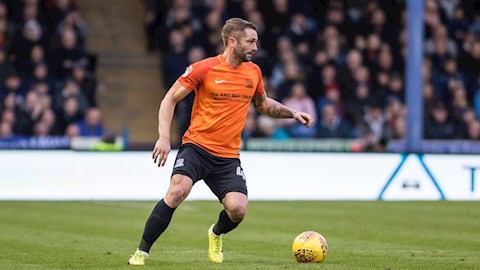 Team News Ahead of MK Dons

Blues boss Phil Brown has promised to make changes tonight after Saturday’s 1-0 defeat to Portsmouth, after which he stated some of his players needed a “reality check.”

Two players who missed the trip to Fratton Park were Anthony Wordsworth and Jason Demetriou. Wordsworth is certainly unavailable due to personal reasons whilst Demetriou is rated as 50/50 following a rib injury.

John White is expected to recover from a slight hamstring problem which forced him off late into the game on Saturday. Michael Turner got through the full 90-minutes against Pompey unscathed so is likely retain his place alongside Anton Ferdinand.

MK Dons will have to make do without George Williams, Ethan Ebanks-Landell and Ed Upson as all three are suspended for this evening.

The trio all picked up their fifth bookings of the season in the 2-2 draw away at Charlton, with all of them now serving a one match-suspension. 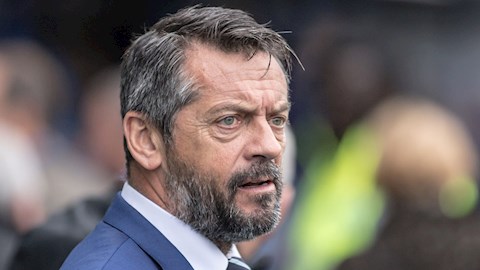 Brown: “I’m looking for a reaction"

“They’re a decent side and they’re a footballing team. They’ve changed since the Karl Robinson days and they’ve now gone a little bit more physical as opposed to technical, however, they still try and play out from the back.

“They have a promising front four, although Kieran Agard came off the bench to score his two goals on Saturday from the right wing, which is not really the position that he likes.

“Chuks Aneke plays as a number 10, probably the biggest number 10 in the division, and on the left wing Ariyibi has a lot of pace, so they’ve got a threat, but the deficiencies at the back we need to exploit with our passing and with our confidence in front of goal.”

“You look at Southend and they’re a very experienced team. They have players that have played a lot of football matches and a team that’s been together for quite a long time now.

“Good physicality in the team; Ranger, Ferdinand, Leonard in the midfield, good movement up front from Cox and Robinson so they’re a very established League One team and a team I expect to be round about the play-offs this year.

“So, we know that tomorrow is an important game for us because if we can get a result and lay down a marker it not only pushes us on but shows us where we are in this league."

It is advised that supporters purchase in advance to minimise queuing time on the day.

Tickets will be available on the day of the game with no price increase on a matchday.

To purchase your tickets head to the away ticket booth, but ticket purchases will be cash only.