Blues also welcome a new back of shirt & short sponsor for the coming season with Trade Price Cars.

Southend United 17/18 Home Kit – These Are My Roots

Why did we choose the above six? Below is why...

Michael Kightly returned to his boyhood Club after 12 years away after making his way into the Premier League.

It was a huge coup from Phil Brown to lure him back with a number of clubs fighting for his signature.

Ted Smith has been at Blues his whole career after coming through the youth system, Ted has represented England at a number of levels and has shone for Blues in goal at only 21 years of age.

Dru Yearwood has been with Southend United since he was 11 years of age and after shining during pre-season the 17 year old has been rewarded with a four year professional contract.

Peter Bryant at the young age of 85 has been a Southend United fan for “as long as he can remember” sitting in the East Stand, his favourite memories include Eastwood’s free-kick against United right in front of him & also Roy Hollis’ goal against Manchester City after running from the halfway line in thick mud.

Jessica (10) & Ethan Lansley (6) who are part of Junior Blues also joined the shoot, Jessica’s favourite player is Jason Demetriou & Ethan’s is midfielder Ryan Leonard. They are season card holders along with their Dad Karl Lansley and reside in the West Stand family area, they’re also lucky enough to be mascots for Blues’ opening game against Blackburn Rovers on Saturday! 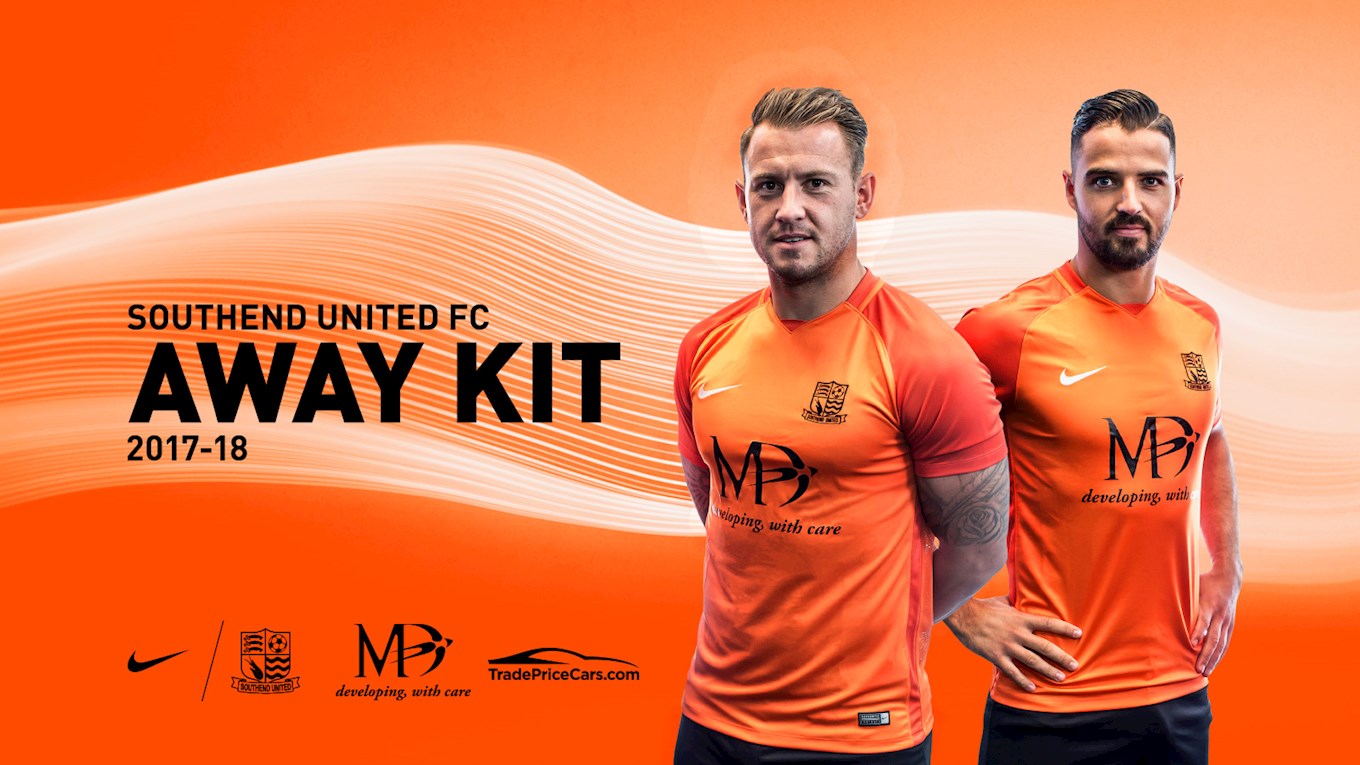 Southend United’s away kit for the 17/18 season, proudly shown by striker Simon Cox who was Blues’ top scorer for the 16/17 season & midfielder Stephen McLaughlin, who recently signed a three year deal with Southend United.

The away kit will consist of a shirt which is two shades of orange, black shorts and black socks.

The Southend United 17/18 Home and Away Shirts are made with Nike Dry fabric to help keep you dry and comfortable, using Nike Dri-FIT polyester. The Shirt featured a modified V-neck for a non-restrictive fit. Raglan sleeves allow a natural range of motion.