Southend United are delighted to announce midfielder Dru Yearwood has today signed a four year contract at the club.

The 17-year-old has impressed for Phil Brown’s first team in pre-season and has been rewarded with his first pro deal.

Yearwood joined Blues at the age of 11 and spent most of last season in Dave Huzzey’s U18 side.

He flew out to Spain at the start of pre-season with the first team and really made his mark, impressing Brown enough that he has been an ever-present in pre-season.

“It’s a credit to my mum and dad for driving me everywhere to go and achieve this.

“I get along with a lot of the boys and I want to stay with them and prove myself in the first team.”

“A 17-year-old, he’s got the world at his feet and I just hope we can help him realise that dream.

“Realising that potential takes a lot of help, a lot of luck and support. I’ve met Dru’s family and the support mechanism that he’s got, I don’t think he can fail.

“He’s got the changing room right behind him. They all rate him.” 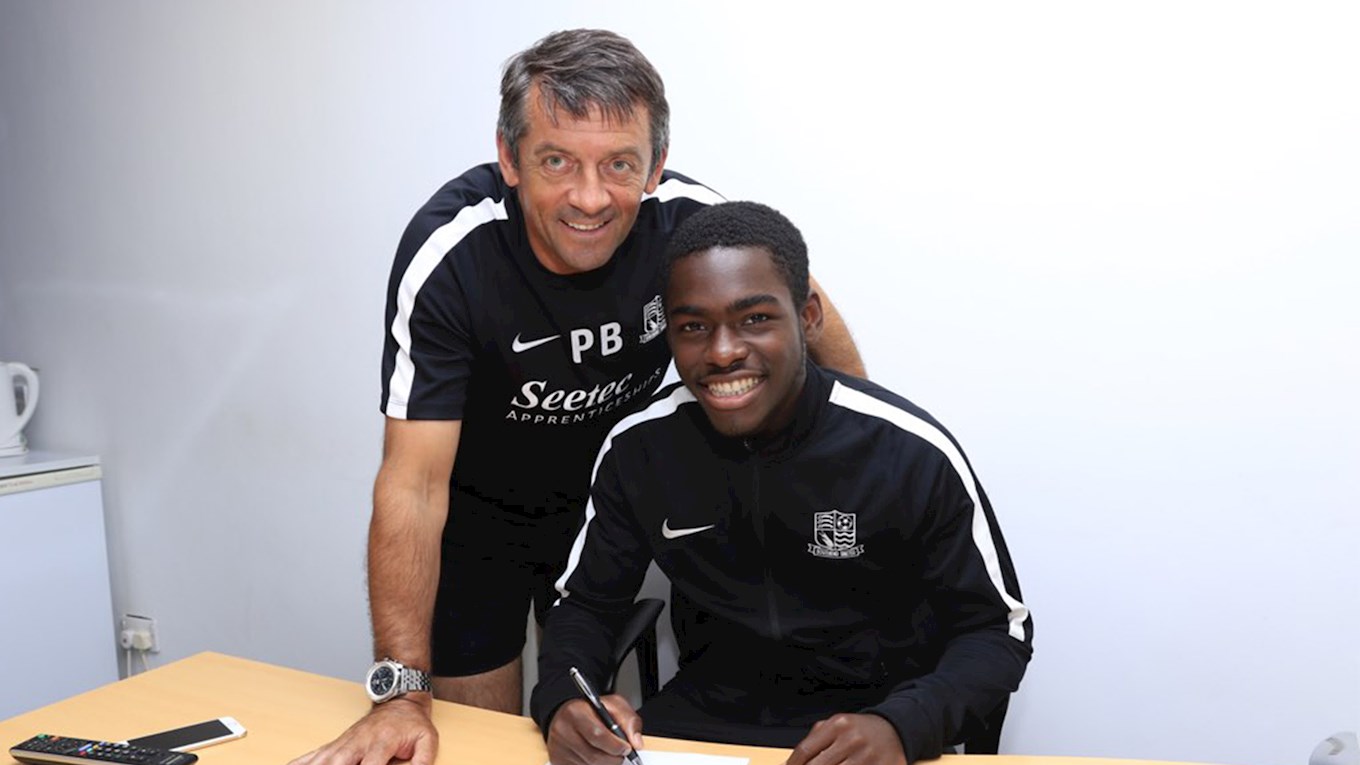