Secure your seat for next season!

Southend United are delighted to announce the decision to FREEZE 2017/18 Season Card prices as we strive for Championship football!
Blues would like to remind you that following feedback from current supporters, the Club have also reduced the ‘Young Adult (17-22 years old)’ category to only £150 for the season – a massive saving of £85!
So far over 3,700 Blues fans have bought season cards compared to 3,276 at the same point last year; an increase of 12 per cent!
In total last season (including half season cards), 3,559 were sold which is an increase of 3 per cent.
However, we are pushing for 4,000!
Now is as good a time as any to get in on the act after big name signings such as Michael Kightly, Michael Turner and Stephen Hendrie!
Anyone renewing/buying now will NOT receive any complimentary match tickets. If you renewed your Season Card in the Early Bird Window (before 1st April 2017) you will receive three match tickets to use for home league matches.*
Season cards will be on sale from the Box Office online, in person, or via the phone on 08444 77 00 77.
*Please note these cannot be used for the last game of season.
Season Card Benefits 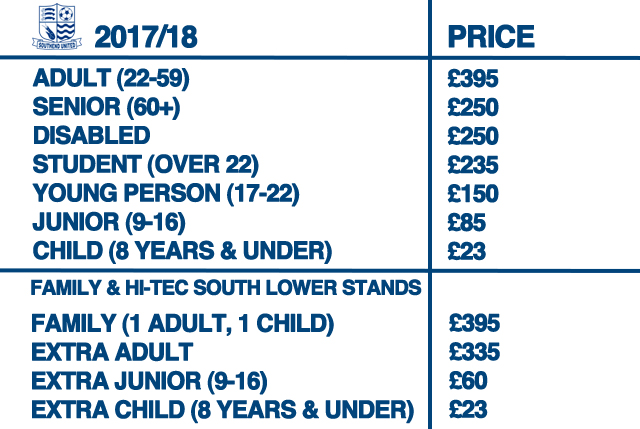