Blues ended a run of four straight defeats with a superb 3-1 win over Charlton Athletic on Boxing Day and know they’re in for an even sterner test against this season’s surprise package.

Shrewsbury spent most of last season languishing in the relegation zone but this season they’ve barely been out of the top two and were the last team in the top four divisions to lose a game.

The Shrews travel to Essex off the back of a 0-0 draw away at table-topping Wigan Athletic, but with Blackburn right on their coattails, they’ll be desperate for maximum points against Blues.

Michael Kightly remains out, although he’s closing in on a return, whilst fellow midfielder Michael Timlin remains out with an ankle injury although Brown is confident he could return earlier than expected.

Goalkeeper Mark Oxley recovered from a back injury against Scunthorpe to play from the start against Charlton, so he’s expected to be fit with youngster Nathan Bishop waiting in the wings.

Shrewsbury can continue to call upon the services of Ben Godfrey after his loan from Norwich City was extended until the end of the season although Niall Ennis has returned to Wolves.

Paul Hurst has been quoted as saying he’s had “a couple of knocks and a couple pull up” in training this week but is hopeful of having no one missing come Saturday. 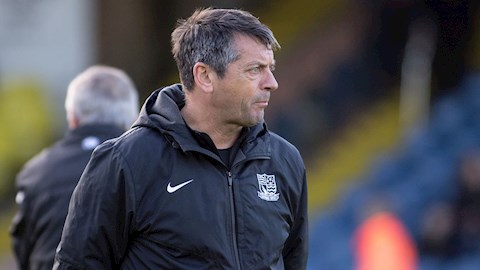 “Their Manager is very meticulous in his preparation and he will be preparing his team to, maybe play a different way, I’m not too sure.

“They are well versed, well organised, they’re well drilled and it will be a tough game, there is no doubt about it.

“Our mentality has got to be the same as the Charlton mentality, starting the game from minute one we have to get after them, close them down and then try and play the kind of football that we did play.

“There’s a number of things that have to happen on Saturday and it has to start from minute one.”

“I think in fairness to Southend they’ve had a few injuries to contend with. A lot of them are coming back now and I think a couple of them would be considered to be part of their strongest team.

“There’s interest in some of their players from higher up, which shows some of the quality that they possess and we will have to be on it again.

“They don’t get any easier and I’ve said from the start what a tough league it is, but we managed to beat them earlier in the season.

“They rested (Simon) Cox that night who has just scored two at the weekend, so I’m not sure he will be rested for this game and we will have to be close to our best yet again.”