Southend United travel to Bristol tomorrow to take on a Rovers side buoyed by last weekend’s win over Rotherham United which was their first win in seven matches.

Rovers were in terrible form prior to that 2-1 win, having lost their last six matches in all competitions which included two defeats against League Two opposition.

Blues will head to the Memorial Stadium knowing that three points will be vital as they head into a Christmas period which sees Southend face four of the current top six in the league.

And if they’re to come away from the West Country with three points, Blues will need to score for the first time in three visits, with their last goals and win at Rovers coming in 2012.

Michael Kightly is expected to be missing for Blues until the New Year after picking up a hamstring injury in last weekend’s win over Oldham Athletic.

Michael Turner is expected to slot back in at centre-half having been rested for the midweek trip to Peterborough, whilst Stephen Hendrie has an anxious wait to see if he’ll retain his place at left-back.

Darrell Clarke’s Rovers side are expected to name an unchanged team from the side that ended their six-game losing streak at home to Rotherham last weekend.

Ellis Harrison and Billy Bodin – who scored in under a minute last time these two sides met – are likely to start up front with Rovers reporting no fresh injury concerns. 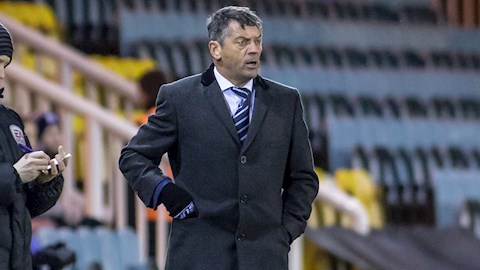 Brown: "One of the biggest games of the season"

“It’s a difficult place to go to, it always is. Darrell has got his team organised, we know what system they play and roughly what personnel he will be playing.

“There will be seven-and-a-half, probably eight thousand crowd and they always get behind their team. It’s a hostile atmosphere, but they haven’t been having a good time of it of late. They’ve had one win in their last seven games.

“The spirit’s been fantastic, so I can’t really knock the spirit previously, we’ve been working hard and trying to improve things.

“We’re just going to take each game as it comes, it’s been one of those seasons. We think eight wins isn’t too bad, we just haven’t picked up enough draws, points along the way.

“We’ll just take care of the next game. It’s another home game against a team that’s pick up of late." 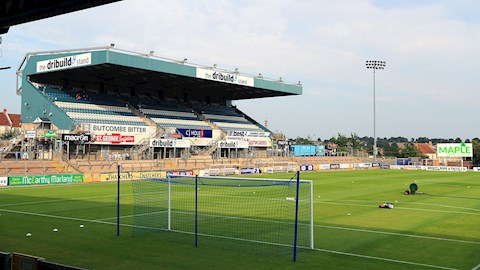 We have sold 201 seated tickets which leaves just 78 left and have sold 103 standing tickets (with a maximum allocation of 1000 available).

There is a £2 price increase when purchasing tickets on the day and it is cash only on the turnstiles.

Any collections will be available from the away end.

Prices for the fixture are as follows;