Scunthorpe United are currently 5th in League One after winning 11 games, drawing six and losing five...

However, the Iron haven't won any of their last four games in all competitions.

Here we take a look at three potential threats that Graham Alexander could pick to face Blues on Saturday.

Hakeeb Adelakun joined Scunthorpe back in 2012 after being released by Premier League side Crystal Palace.

Adelakun became the Iron’s youngest player to make a first-team appearance in December 2012, at the age of 16.

This season Scunthorpe’s manager Graham Alexander has called upon the 21-year-old’s talents as his side push for promotion, after missing out on playing in the play-off finals last season.

Adelakun found his form last month after notching up a number of assists and scoring three goals including the winners against NorthamptonTown and BradfordCity. Which earned him the EFL’s Young Player of the Month award for November, making him one to watch.

Josh Morris is currently Scunthorpe’s top goal scorer this season after the midfielder has bagged seven goals in 20 games so far, also earning four assists along the way.

The 26-year-old joined the Iron in June 2016 after leaving fellow League One side Bradford City.

Morris’s spell with Scunthorpe is certainly his most successful in his career. In his first season with the Lincolnshire side, he made 50 appearances in all competitions, scoring 20 goals as he finished third in League One’s top scorer charts for the 2016/17 season.

He aslo provided 17 assists, placing him at the top of the assist table.

Kevin van Veen joined the Iron on 30th January 2015 from Dutch side FC Oss for an undisclosed fee.

The 26-year-old had a slow start to the 2017/18 season after falling behind summer signing Lee Novak in the pecking order. But due to Novak’s injury, van Veen has been moved into the line up.

So far this season the Dutch forward has made 21 appearances in all competitions, starting just nine of those games. Although he hasn’t been a regular starter he has proved his worth when he’s been selected after scoring three goals in those nine starts. 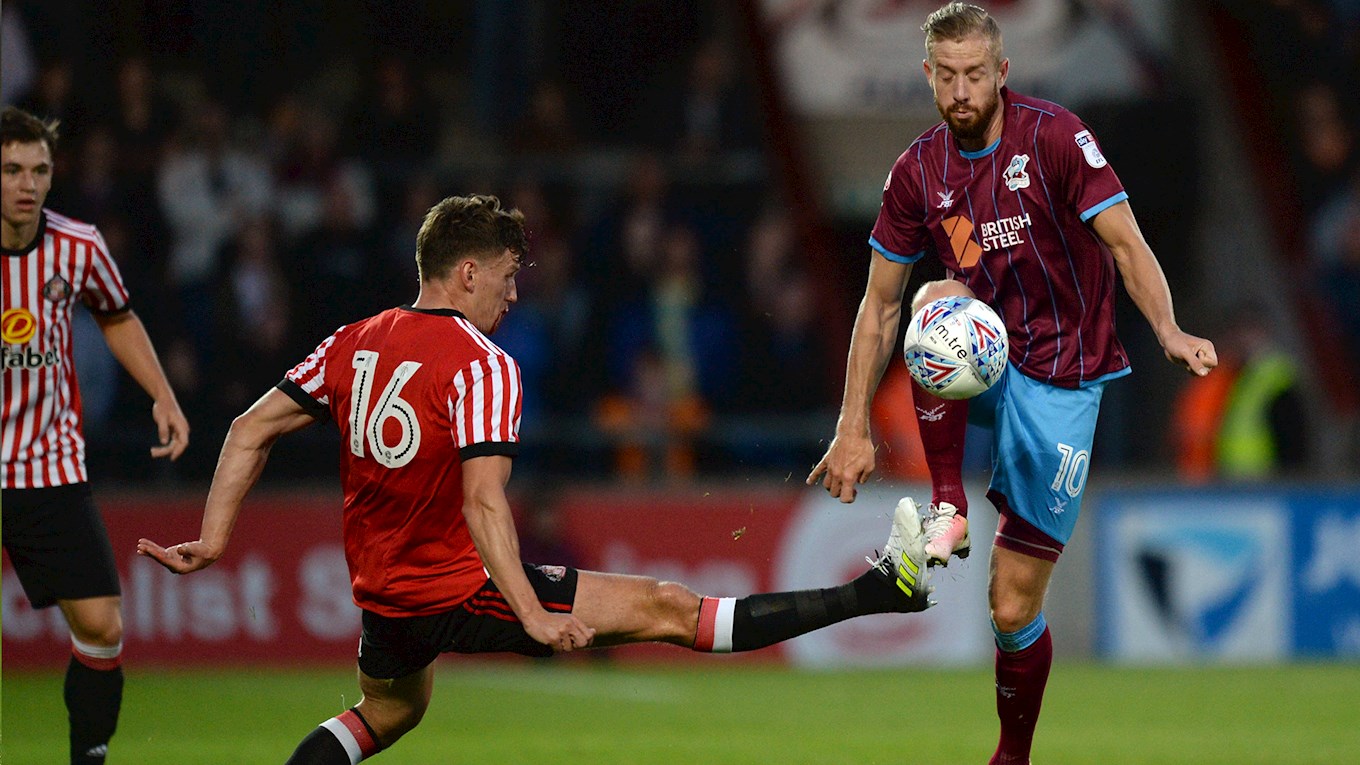